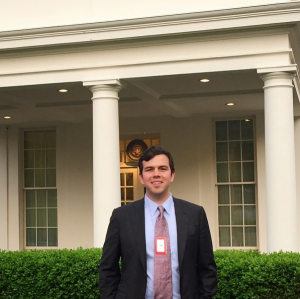 Miller, just 24 when he left Facebook to serve as the White House director of product, starts Monday at Thrive and, according to The New York Times, which first reported the hire, will be taking a look at tech serving the needs of underprivileged Americans.

Would some of those underprivileged include the 20 million people about to get booted off health insurance? Just 12 days in and President Trump has already made moves to repeal Obama’s legacy health plan, the Affordable Healthcare Act (ACA).

But here’s where Miller’s hire gets more interesting. Kushner also founded Oscar Health — a private health insurance startup owing much of its growth to the ACA. Thrive Capital invested $40 million in Oscar’s Series A and has taken close to $730 million in subsequent rounds from various investors.

Now, take into consideration Kushner also happens to have a line to the Trump administration through his brother Jared Kushner, husband of Ivanka Trump and advisor to President Trump.

While that connection doesn’t seem to be influencing any slowdown on a repeal (although President Trump did mention private insurance could be a replacement for Obamacare (wink), it could be a good time for Miller to join Thrive.

Miller told the Times he “hoped that tech investors and founders would help people who did not have internet access or the digital literacy to navigate job websites and who had to use predatory payday lenders.”

So while there’s no mention of helping those facing the threat of losing their insurance, Miller and Kushner do have the ear of many top leaders — including both the previous and current president — and can potentially influence the direction startups take in helping those underserved communities, including those who soon might not have any healthcare.

Miller, who starts next Monday, will be joining Thrive as an entrepreneur in residence.