Drone racing as a sport is taking off, with teams, sponsors and television networks all getting in on the action of this developing scene. There’s a professional drone racing league, live streaming and even drone-racing simulators, where drone-pilot hopefuls can try emulating the real thing.

But what if you want to actually take to the skies with a racing drone? Team BlackSheep’s drone kit, called the Vendetta, is a first-person-view drone that just might be one of your best options.

Perks to having a racing drone 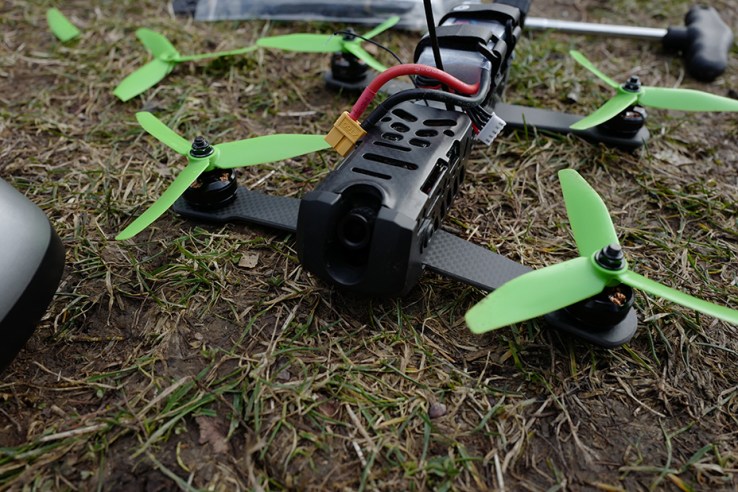 This drone isn’t like most consumer-grade drones for two reasons: firstly, it has a top speed of nearly 70 mph; secondly, it can be operated with a headset that essentially gives you a bird’s-eye view of the world, seen through the Vendetta’s forward and bottom-facing cameras.

Besides having a drone that’s just plain-old fast, don’t get confused as to what you’d be getting into here. The Vendetta is for racing, not recording pretty fly-bys; its onboard cameras aren’t capable of such things unless a GoPro is mounted.

One more thing: a $249 first-person view controller exists for the Vendetta — turning it into a FPV drone where you’ll see whatever the drone sees during your high-speed flight. I’d recommend this pricey but cool purchase only if you want the full drone pilot experience.

Flying it… somewhere in New York 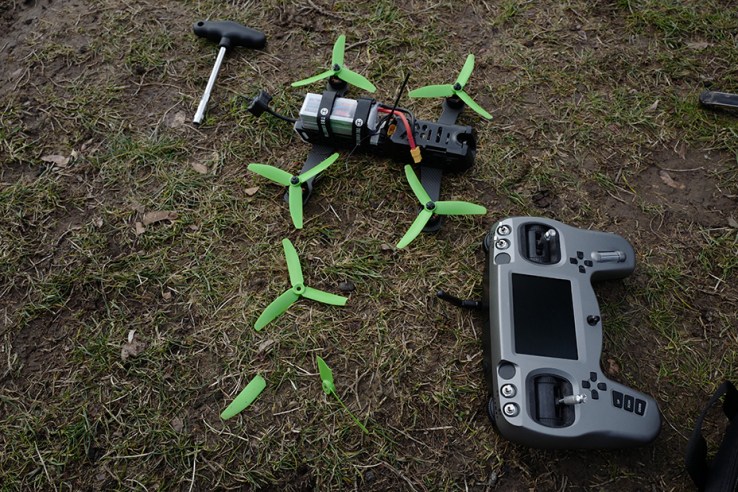 Flying drones in NYC is illegal, but if you’ve watched any famous vlogger from the city use drones in their videos, they’ve most likely done it regardless. However, the Vendetta is no ordinary drone — racing speeds in the league go up to 70 mph — I would definitely head to an open space to practice.

“Regarding my personal drone-flying experience: I’ve flown DJI, Parrot and GoPro drones at high altitudes with ease. But the Vendetta is nothing like those machines.”

Regarding my personal drone-flying experience: I’ve flown DJI, Parrot and GoPro drones at high altitudes with ease. But the Vendetta is nothing like those machines.The controls are sensitive and require mastery over balancing pitch and power between the four rotors.

It’s not easy. After repairing from earlier test flights, most of the battery life was spent flying 50 feet up and then landing abruptly moments after. TBS praised the Vendetta for being extremely durable due to a carbon fiber body, but a propeller and antennae are still sensitive and broke after a few hard landings.

For its professional races, Team BlackSheep creates custom flying profiles for its drone pilots, as well as a kit that includes a backpack, tools, spare blades, battery charger and the like. By default, however, TBS includes three flight modes: horizontal, vertical and acrobatic — which are used in-flight exactly as described. A few flips in acrobatic mode, surveying the area in vertical mode and, finally, having a dog chase after the drone in horizontal mode was all I needed to know that the Vendetta actually worked.

Battery life is the gap the Vendetta has to close: After 4-5 minutes of flight, I had to recharge the battery and use the quick charger, which takes about an hour. 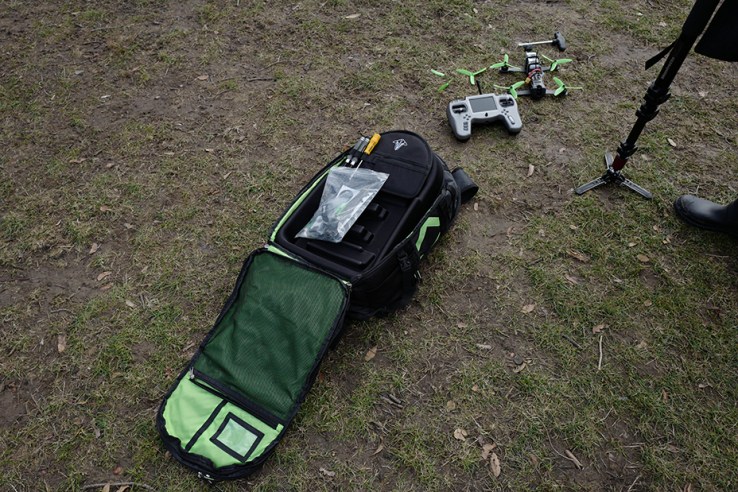 If you want to get serious about flying drones, beyond the trend of using them for cinematography (or surveillance), the Vendetta might be of interest. It has a learning curve, so it will take practice, and probably means, as you’ll also be breaking propellers at high speed.

With enough practice, I’m sure it’s possible you can become a pro pilot using this drone — signing on to a racing team is another matter.