Waymo’s self-driving software had far fewer disengagements in 2016 than it did in 2015 in the state of California, despite a big increase in the number of miles driven overall. The California Department of Motor Vehicles just published Waymo’s most recent disengagement report, which tracks al the times that a self-driving software system must be turned off in a test cars – and most of these aren’t even accidents or fender benders, but might actually entail a momentary pause to adjust something in software or quickly zap a bug.

This is huge news for Waymo in terms of its progress towards bringing a fully self-driving vehicle to customers via a production vehicle or ride-sharing service. Waymo’s self-driving technology lead Dmitri Dolgov explained why in a blog post celebrating the company’s progress, where he outlined that the tech actually achieved a four-fold improvement in its disengagement rate, as measured in the rate of episodes per 1,000 miles. The company register 0.80 disengagements (again, just times the self-driving software was turned off, not actual accidents) in 2015, versus only 0.20 in 2016. 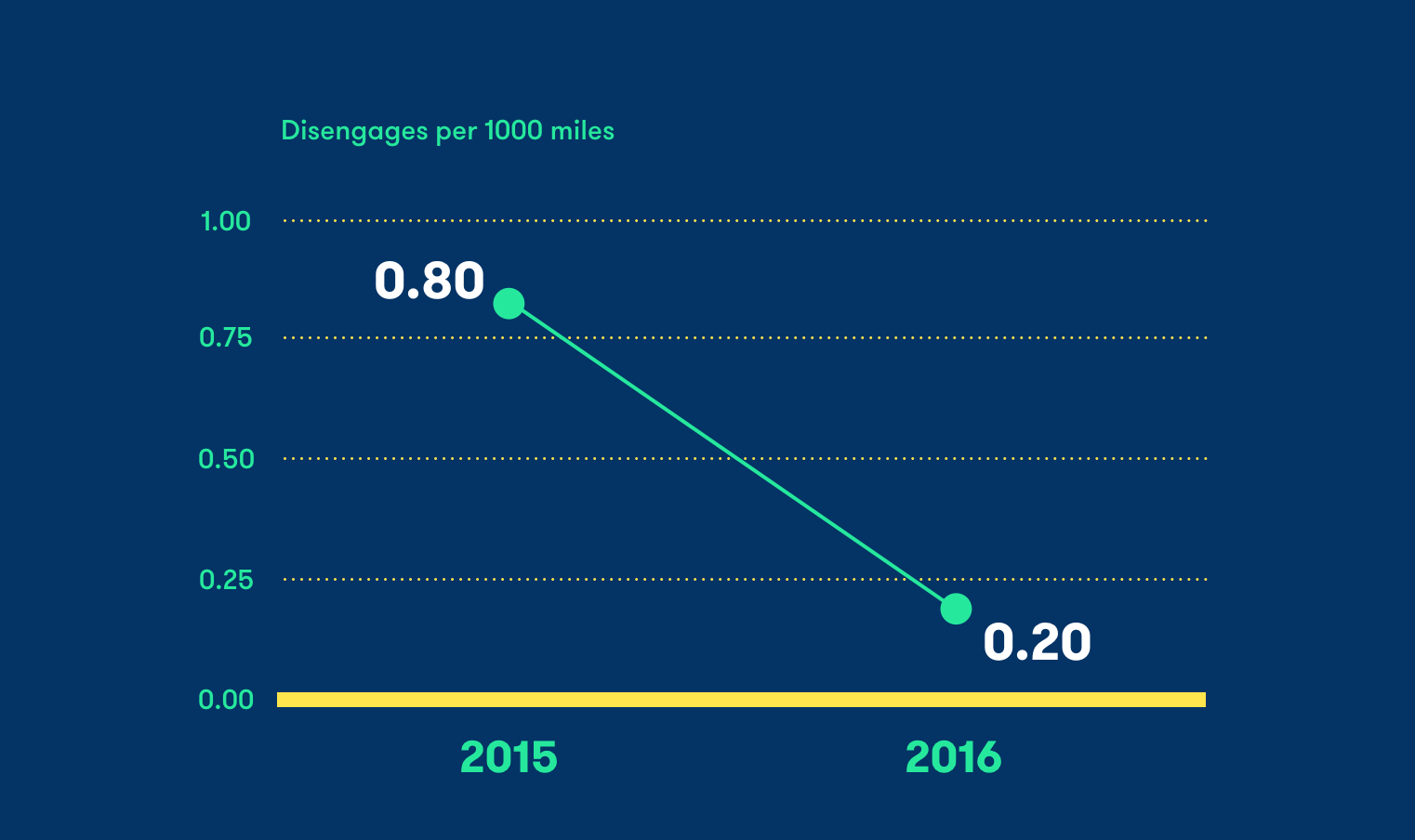 Dolgov also notes that this is mostly achieved in city and suburban driving situations, too, which are most complex and which Waymo is focused on in order to make sure its technology can truly offer door-to-door service when it becomes available to the public. And while the disengagements might be few and far between, Dolgov also says that each one is crucial in terms of providing valuable learning for the system, with a rigorous process of building similar scenarios from which the learning software can benefit for each time the software has to be turned off. Waymo also tunes the system and its test engineers to err on the conservative side in terms of making the call to disengage, which makes the low rate for 2016 even more impressive.

Waymo CEO John Krafcik noted the four-fold improvement in disengagement performance when the company announced it wold be building its own sensors for its vehicles going forward, but it’s interesting to get a more complete picture, including the news that it recorded 124 total disengagements in 2016, vs. 341 in 2015, with 635,868 miles driven in total for 2016.