The American Civil Liberties Union will learn how to turn the $24 million it raised over the weekend into growth and progress with help from top Silicon Valley startup accelerator Y Combinator. The ACLU will be part of the winter batch of companies in YC, where it will receive mentorship, a network of powerful connections in tech and a chance to present itself to investors on Demo Day.

Y Combinator will also provide some funding, though it won’t take an equity stake in ACLU because it’s a nonprofit. ACLU will not pay to participate.

After fighting to secure a stay of the executive order signed by President Trump barring entry to the country for people from seven Muslim countries, the public rewarded the ACLU’s vigilance with a windfall of cash. It raised six times its yearly online fundraising average in just a few days, in part thanks to public figures and tech executives offering to match people’s donations. [Correction: $24 million is six times the ACLU’s average yearly online fundraising, not total fundraising.]

But how will the ACLU spend that money most effectively? That’s one skill YC specializes in teaching. It could give the nonprofit guidance on how to use the cash to attract talent, make investments in technological infrastructure and market itself to grow its donor base and influence. 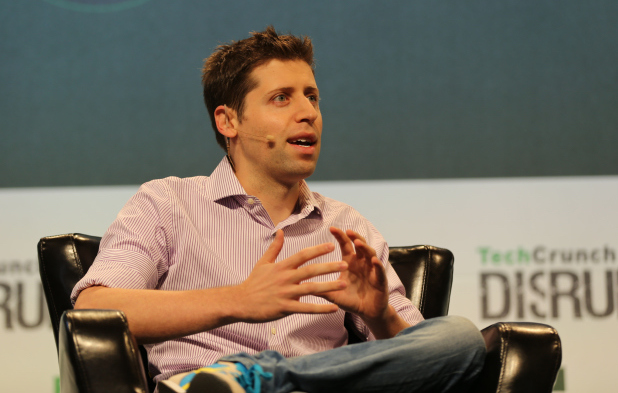 The ACLU is far from a startup — even far from the nonprofit startups like Watsi that YC has backed in the past. But it’s not the first mature organization to go through the program typically reserved for young companies trying to find initial growth. Y Combinator previously admitted Q&A site Quora, which had been around for five years at the time.

The partnership came about after YC partner Kat Manalac reached out to ACLU executive director Anthony Romero for feedback on a forthcoming “request for startups” in the civic tech space. The ACLU asked for help with a project, and YC figured it could do the most good by formally admitting the ACLU to its accelerator.

YC’s nonprofit program is a great way for Silicon Valley to more directly do good in the world. But it also highlights a conundrum facing for-profit startups trying to make a positive difference in politics. Without many big exits for democracy startups, venture capitalists are hesitant to invest in them. Nonetheless, TechCrunch has put out a call for startups to build democracy tech and reach out for potential coverage.

Some critics have been concerned that YC refused to cut ties with part-time partner and mentor Peter Thiel because of his role in the Trump administration. At the time, YC president Sam Altman tweeted that “Thiel is a high profile supporter of Trump. I disagree with this. YC is not going to fire someone for supporting a major party nominee. That’s a dangerous path to start down.”

Yet, in the meantime, Altman has repeatedly spoken up about the need to take a stand against Trump. And this morning he noted:

25 YC founders offered to go help at the ACLU in the first 30 mins since I sent the email. ❤our community.

Typically, startups move to Silicon Valley to participate in the YC program. But given its well-established New York City headquarters and its mammoth responsibility of fighting the Trump regime, Altman tells me the accelerator will send its mentors to NYC, “given how busy they are right now.”

Altman concludes that “I think they’re an incredibly important organization. We’ve been funding nonprofits for years now and have generally found we’ve been able to be helpful, especially on the tech side.”