In recent months, streaming media app Plex has expanded its focus from offering tools to organize and stream your home media collection of photos, TV shows and movies, to more directly targeting cord cutters. Related to these efforts, the company has now made its first acquisition, with a deal to bring in the news video service Watchup to its platform.

Founded by a former journalist, Adriano Farano, Watchup got its start in 2012 as an iPad application that aimed to reimagine how a modern-day audience would watch the news.

As consumers shifted their attention away from linear television to streaming services like Netflix, they would sometimes lose access to their favorite news stations. Watchup aimed to address this problem, by aggregating content into a single app from 170 news sources, like CNN, Bloomberg, CBS Interactive, PBS, Vox, Euronews, Hearst Television, Fox News, WSJ, Sky News, Washington Post, Financial Times, Fusion and others, including local sources thanks to deals with broadcast affiliates.

It later expanded to other platforms beyond the iPad, including iOS, Android, Amazon Fire TV, gaming consoles, and, around a year ago, Apple TV.

Watchup is interesting, too, because it lets users customize their newscasts to their own interests by selecting those topics they care about. Users can train the service further by liking or disliking the reports as they’re viewed, like a Pandora for news. This personalization technology, now owned by Plex, will be used for other content in the future, says Keith Valory, Plex CEO.

“There are a number of other content categories we’re looking at,” he noted. “The key decision criteria for us on that is to what extent do we think it helps round out a cord cutter’s needs?”

“It could be things like kids’ content, documentaries and podcasts – those are the things that haven’t been done well in the top 15 apps, and we think there’s an opportunity where we can solve that,” said Valory.

Terms of the deal were not disclosed, but Watchup had raised $4.3 million from its investors, which also included a number of news veterans, such as Ned Lamont, founder of Campus Televideo; former Wall Street Journal executives; and NextNews Ventures founders Jim Friedlich and Gordon Crovitz. They now are strategic investors in Plex. 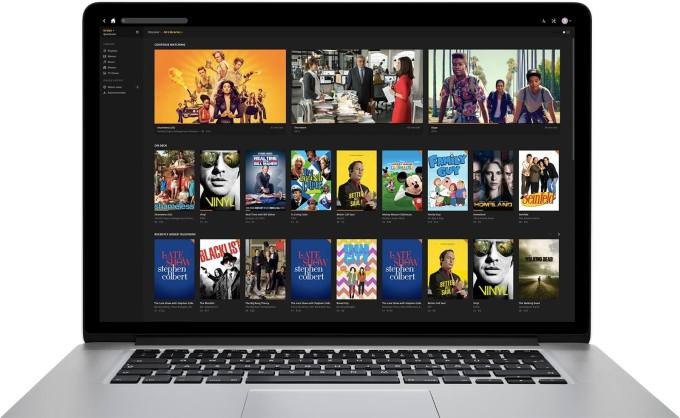 Farano also said his startup had 12 to 18 months of runway left at the time of the acquisition, which was a combination of cash and stock, and a positive outcome for investors. But the business was operating in a competitive space. He felt that both Watchup and Plex shared a similar vision, now that Plex is moving away from its earlier “bring your own content” approach to streaming media.

“Plex’s vision is to offer that central place for people to discover, enjoy, watch and share all their favorite media content. For us, it was the idea of accelerating the pace that the company was growing,” Farano explains, as to why he did the deal.

“It took a little convincing,” admitted Valory, about the deal. “We had to convince him that we were committed to his vision.”

Watchup has hundreds of thousands of registered users, but Plex, which has 10 million users, will get its service in front of a larger audience.

The Watchup news feature will be integrated into Plex as its own section with an expected launch in Q2 2017.

Plex has been around since 2009, and has been cash-flow positive for several years. But the company has recently launched tools for the growing audience of cord-cutter and cord-nevers. 35 percent of those between 18 and 35 have now cancelled cable, or never subscribed, notes Plex. For these customers, it has rolled out things like a cloud-based media server and cloud DVR.

The integration of Watchup’s news will be the first of several changes Plex will introduce as it continues to shift to becoming more of a cord-cutting companion. That may lead to more acquisitions in the future, or at least added partnership deals, said Valory.