Venky Ganesan, managing director of $4.4 billion venture capital firm Menlo Ventures and current chairman of the National Venture Capital Association, is walking a political tightrope and trying not to fall off.

The venture capital industry, financiers to many tech giants, relies on immigrant talent to launch startups, help them thrive and drive their continued success.

Right now, that puts the industry squarely in the sights of a presidential administration whose policies are looking to curtail foreign immigrants from countries whose emigres have been pillars of the technology industry.

Ganesan says the industry needs to take a deep breath and focus on staking out positions where it can begin to have discussions with President Donald Trump and his cabinet.

“If you’re not at the table, you’re on the menu,” says Ganesan. “The best way to constructively engage with this Administration is to be in dialogue on policy. It’s to help them shape it and not ignore them.” 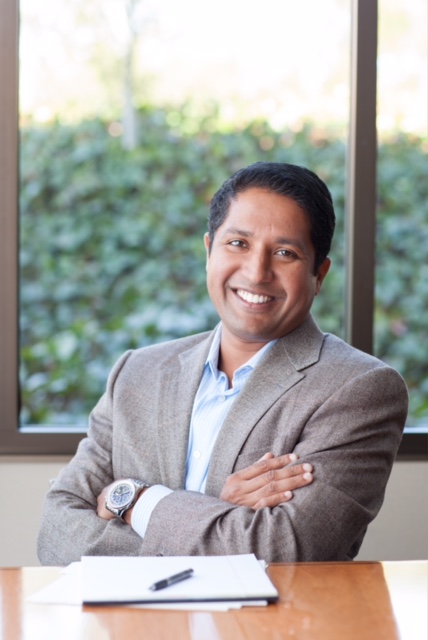 Rather than view the administration as an enemy, “the thing is to constructively engage,” Ganesan told TechCrunch, “which doesn’t mean we have to agree. But to understand each others’ viewpoints because that’s how we make progress.”

Indeed, in its generically pro-business, pro-entrepreneur agenda, there’s actually a lot of common ground between the current administration and the venture capital community.

“I don’t think it’s productive for any of us to make this into a flat-out, no conversation, no-holds barred war,” Ganesan says. “We are on day 9 of a four-year term.”

It’s these stated goals that brought Peter Thiel on board. That’s when the venture capitalist, serial entrepreneur, New Zealand resident and avid libertarian was quoted as saying people should take folks “seriously, but not literally.”

“We are in uncharted territory and we’ve got to figure out if we’ve got to take people figuratively or literally or both,” says Ganesan.

Ganesan’s middle-of-the-road response puts the venture capital association somewhat at odds with a large swath of technology companies they once financed, which are staking out positions much further to the left.

Ganesan wants the venture capital industry and the tech community to “help the administration understand the challenges of the executive order,” he said.

“I fully understand Steve Bannon said there are ‘Too many Asian CEO’s’ and too many people in Silicon Valley who look like me… [But] I’m focused on exploring the common ground on how immigration can create jobs and economic wealth in America.”

It’s a much different stance from the one Mark Suster, a Los Angeles-based venture capitalist and the founder of Upfront Ventures, took on his own blog.

Trump. In a week there is enough evidence to know that he truly is the narcissistic child and xenophobic race-baiter we saw during the election and that wasn’t just reality TV to get him elected.

Here is a quote you should regret believing

You should all take him literally. He has appointed Steve Bannon (ex head of Breitbart) to the National Security Council and the principals committee attending every meeting whereas the Director of National Intelligence and the Joint Chiefs of Staff are only invited now as required.

Steve Bannon has said the media is “the opposition party” and “should just shut up.” That is precisely what one would say and do if his objective was to centralize government control, make executive decisions themselves, silence critics and do whatever he wanted.

So it is now your duty to speak up. It is an obligation.

“I don’t think that at the core of this Administration… this administration and its policies are not focused on creating a White America,” says Ganesan.

Rather, both the administration and the venture capital industry have two things that they can focus on together. “How can we encourage capital formation and how can we encourage job creation?” says Ganesan. “I want to unleash entrepreneurship in this country… no on tariffs, yes on free trade. Yes on infrastructure.”

It’s a simple issue. If people have food on the table and work to do, they’re not going to worry about who else is afforded the same opportunities. It’s when people don’t have enough on their own plates, says Ganesan, that they begin to look at their neighbors.