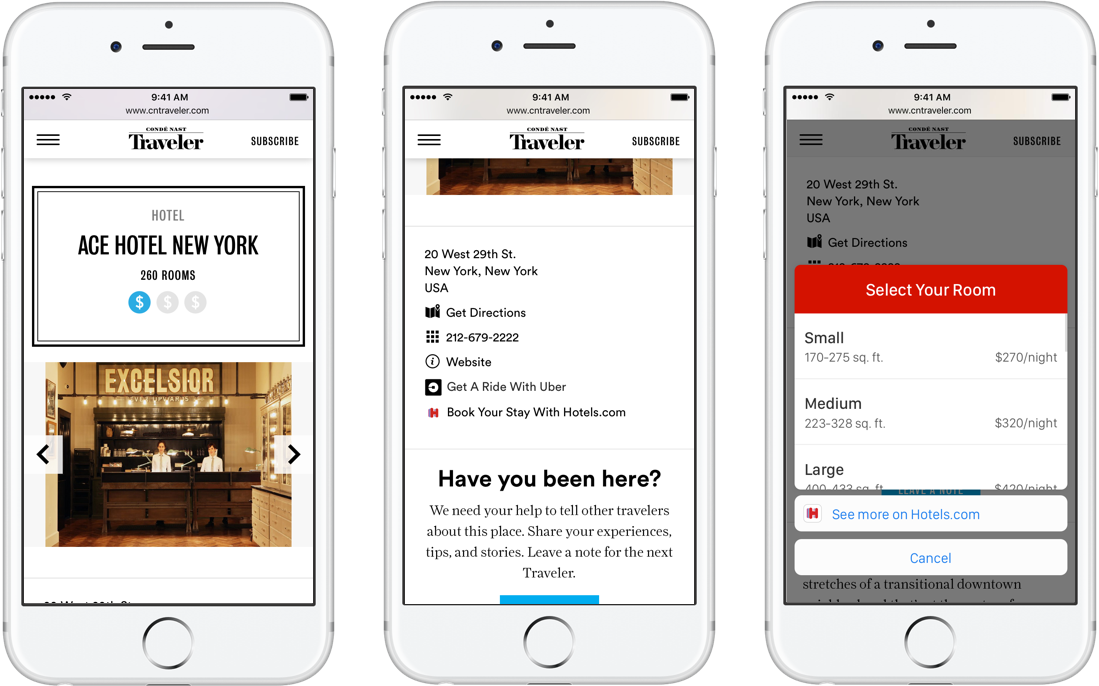 Button, the NY-based startup that lets mobile apps integrate with one another, has today announced the close of a $20 million Series B round. The funding round was led by Norwest Venture Partners, with participation from existing investors Redpoint, DCM, and Greycroft.

Though a bit technologically challenging, the premise behind Button is simple: Apps work better together.

A great example is Button’s integration between Foursquare and Uber. Anyone who is checking out restaurants or clubs on the Foursquare app can simply tap an Uber button to call a car from their current location.

You can almost think of Button as an ad product within the app landscape.

Publishers who have loads of content (like Foursquare) can choose to integrate any one of the merchant Buttons available on the Button Marketplace. These publishers drive consumers to make transactions through Buttons (like on Uber) and Button takes home a slice of the pie.

Founder and CEO Mike Jaconi wasn’t very detailed about actual numbers, but he said that pricing for Button is performance-based.

“In a world where the duopoly of Facebook and Google are seen as the only two successful mobile acquisition channels, we unlock the intent that’s distributed across the entire mobile landscape beyond those two platforms,” said Jaconi. “We provide an efficient channel for app acquisition for our merchants that taps into the distributed intent across a range of publisher partners.”

One of the big draws to Button is that the company does most of the heavy-lifting of the integration, ensuring that app developers and engineers can focus in on their own roadmap instead of partner APIs. In fact, Button says it can create a Button for a company within hours.

Including this latest round, Button has raised more than $36.5 million, according to CrunchBase.

You can check out Button for yourself right here.