Silicon Valley is no stranger to protests against tech companies. But it’s unusual when the tech workers themselves protest tech. Such was the case this morning in front of Palantir headquarters in Palo Alto where 50 people in the tech community came out in the pouring rain to demand the data mining startup take a firm stand against the makings of a Muslim registry.

The organizers behind this particular protest hail from tech, Stanford, and Palo Alto and say they are concerned Palantir and its co-founder and Trump advisor Peter Thiel stand to profit off the makings of a citizen database that could be used against those identifying as followers of Islam in the United States. 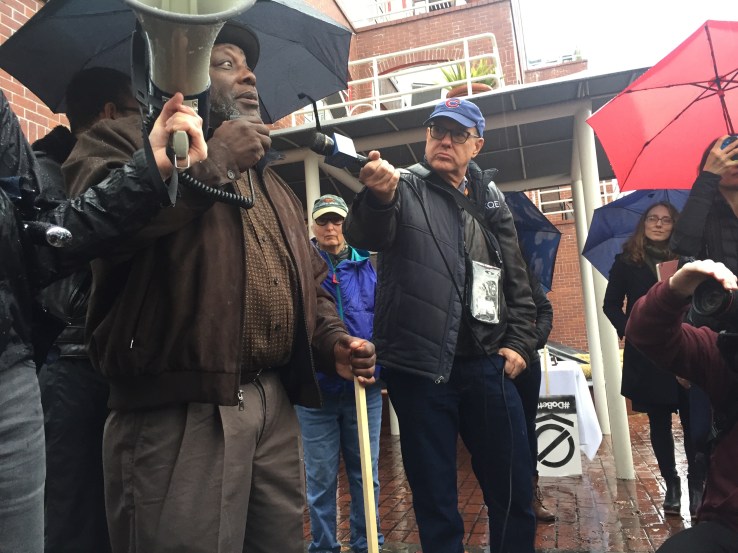 Community organizer Dorsey Nunn speaks to the crowd of protesters outside Palantir HQ.

“Being forced to collaborate with the U.S. government on large-scale human rights abuses is the first time I’ve ever seen that made high-end tech workers unionize,” Valerie Aurora, one of the protestors and the founder of Frame Shift, a consulting firm training startups on inclusion and diversity, said.

Trump pledged he would ban Muslim immigrants and establish a registry while in office. Despite concerns such a database smacked of the Holocaust, Trump has continued to stand by those plans, even stating in late December, “You know my plans,” when asked about the matter.

Other tech companies including Facebook, Alphabet, and Apple have all sent out written statements saying they would not participate in aiding Trump in building such a registry. However, Palantir, which helps several government organizations like the CIA search for data, had not been quite as vocal. 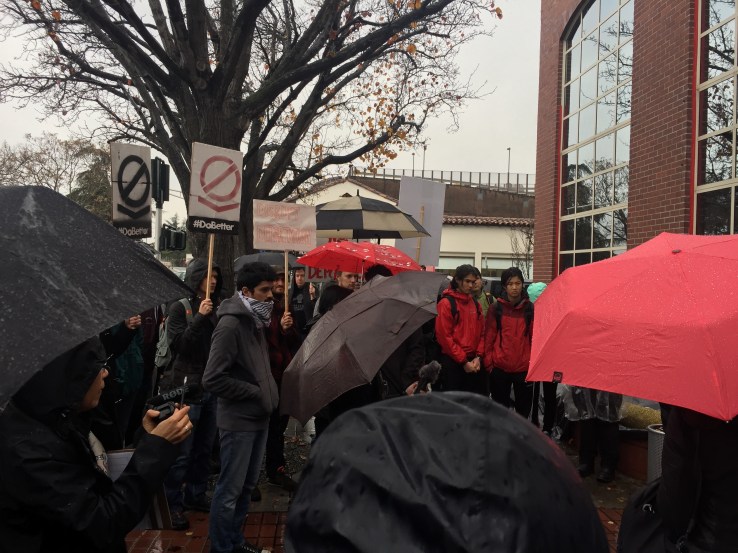 Dozens of protestors huddle in the rain outside Palantir.

Palantir had already provided information to assist the U.S. Customs and Border Protection agency (CBP) in tracking immigrants, according to documents uncovered by The Verge. Discovery of the program called the Analytical Framework for Intelligence only added further fuel to fears the tech company could profit off of inflicting harm through its data-mining operation.

Palantir’s Alex Karp eventually did come out against the building of a Muslim registry last week, telling Forbes, “If we were asked, we wouldn’t do it.”

This was the first time Karp had spoken publicly about the matter but admitted to Forbes his employees had expressed concerns about such a project already, particularly because of the startup’s work with U.S. intelligence agencies.

But if Karp has already stated he wouldn’t be building such a registry, why the protest? There’s a difference between telling the press that and pledging to never do it, say protest organizers.

“It requires a more nuanced answer from Palantir as an organization,” organizer Sophie Xie told TechCrunch. “[Karp’s] response is very minimal and what we’re asking for is that Palantir takes precautions and those mechanisms that hold itself accountable are made to be more transparent to the public.” 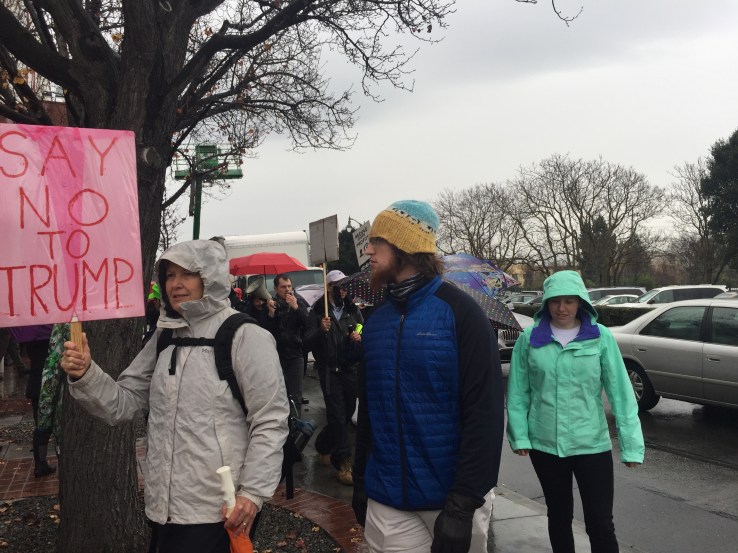 So far, Palantir has not returned our inquiries about making a more concrete statement, or what measures it would take to ensure it would not be making a Muslim registry.

But what’s even more interesting about this particular issue is tech’s handling of it and how it has incited action by those within its community.

“I don’t know what to do when the technology outpaces ethics,” executive director of legal services for prisoners with children Dorsey Nunn, who spoke at the protest said.