Today marks the tenth anniversary of the iPhone, a device that practically invented the smartphone genre in itself, but, over in China, a modern bellwether of the mobile industry rolled out its own vision of the future.

Tencent, the $240 billion Chinese internet giant, introduced its take on mobile apps — apps within WeChat, its blockbuster chat app with 846 million monthly users. Tencent launched a beta program for the apps last year, and they are essentially more-basic, stripped-down versions of iOS and Android apps that downloaded instantly, and run and can be stored within WeChat.

They look and feel like apps, but Tencent is calling them ‘mini programs’ because Apple won’t let it use the term ‘app’. Mini program builds on the phenomenal success of WeChat, which is far and away China’s top app for iOS and Android — Tencent said in December the app has 768 million daily users, half of whom use it for 90 minutes each day.

Already, developers can use official accounts and bots to reach and interact with users away from mobile apps, but now the experience is all the richer. There’s no app store to house the programs — Apple doesn’t allow apps to house app stores — so instead they are found by searching inside WeChat or scanning a QR code, such as those printed on ads on the subway in cities or other places, as is popular in China. 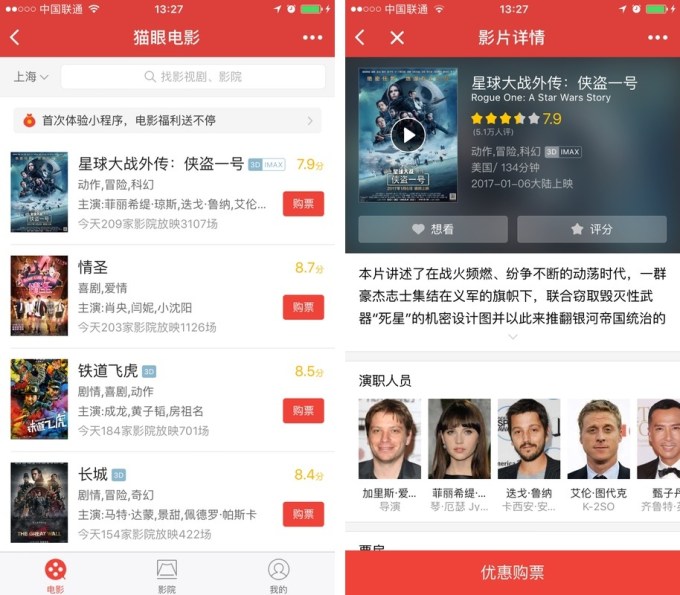 Plenty of research has shown the love-hate relationship smartphone owners have with apps. A study from Nielsen found that consumers spend 85 percent of mobile browsing inside apps, but less than a dozen get the bulk of their attention. Getting someone to download an app is tough in the first place, yet retention is another challenge. Localytics found that, typically, one in four people abandon news apps after just one session.

In the West, chat bots have been proposed as the answer, or at least an answer, for the information overload because they can simplify data and conversation into single lines of digestible text and they don’t require a download, which takes time and can require a password. Yet, despite undoubted promise, bots are yet to take off in a meaningful way.

Facebook has dipped its toes into the waters of in-app interaction with Instant Games for Messenger which can be played inside its messaging app. But WeChat could take this concept to the next level with Mini Programs. They are as simple to download as bots, yet they can offer more app-like features to potentially keep users engaged. 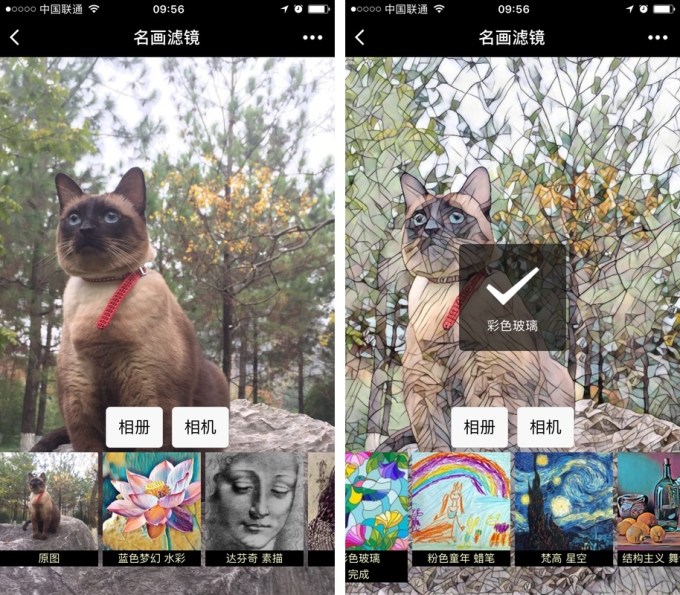 A photo sharing app within WeChat [Credit: Tech In Asia]

Unlike Facebook and other chat apps plotting similar plans, WeChat has absolute dominance in its focus market, which means that WeChat mini programs will absolutely become part of any developers strategy going forward. Not only is there captive audience potential, but the apps can work cross platform for both iOS and Android WeChat users.

That could help companies navigate the challenge of building for Google and Apple’s operating systems in China. While Google’s Android represents up to 85 percent of all devices, distribution comes via a range of third-party app stores since the Google Play store is blocked in China. Apple’s 15 percent share tends to account for more affluent consumers who are more willing to spend. WeChat could provide a bridge between the two that picks up additional users and, in the future as mini programs become more sophisticated, actually compete head-on with iOS and Android.