Misfit seemed destined to get here, soon or later. Between getting swallowed up by Fossil and the recent introduction of the Phase hybrid watch, the company has been spending the last couple of years dipping its toes in the waters of more advanced wearables, finally going all in with the Vapor.

The Vapor is a reasonably fairly slick affair, built with a focus on minimalism more akin to its own past devices than the trend forward big and bulky we’ve seen on products like Samsung’s Gear line and Misfit’s own Fossil labelmates, Michael Kors. It’s also surprisingly full-featured, given the company’s traditionally passive approach to hardware design – not to mention its decidedly ethereal name.

The 44mm Vapor features a 1.39-inch AMOLED display that clocks in at 326 ppi. The display is fully touch, but much of the interaction with the product happens outside of the center of the display, interacting with menus by dragging finger around the edge — akin to Samsung’s twisting bezel. The model we had a look at was still early stages, but the menu system seemed fairly intuitive and Misfit’s gone a ways toward adding nice touches like transition animations.

The company won’t reveal specifics on the software being run here, but from the looks of it, Misfit/Fossil seem to have developed something in-house specifically for this device. 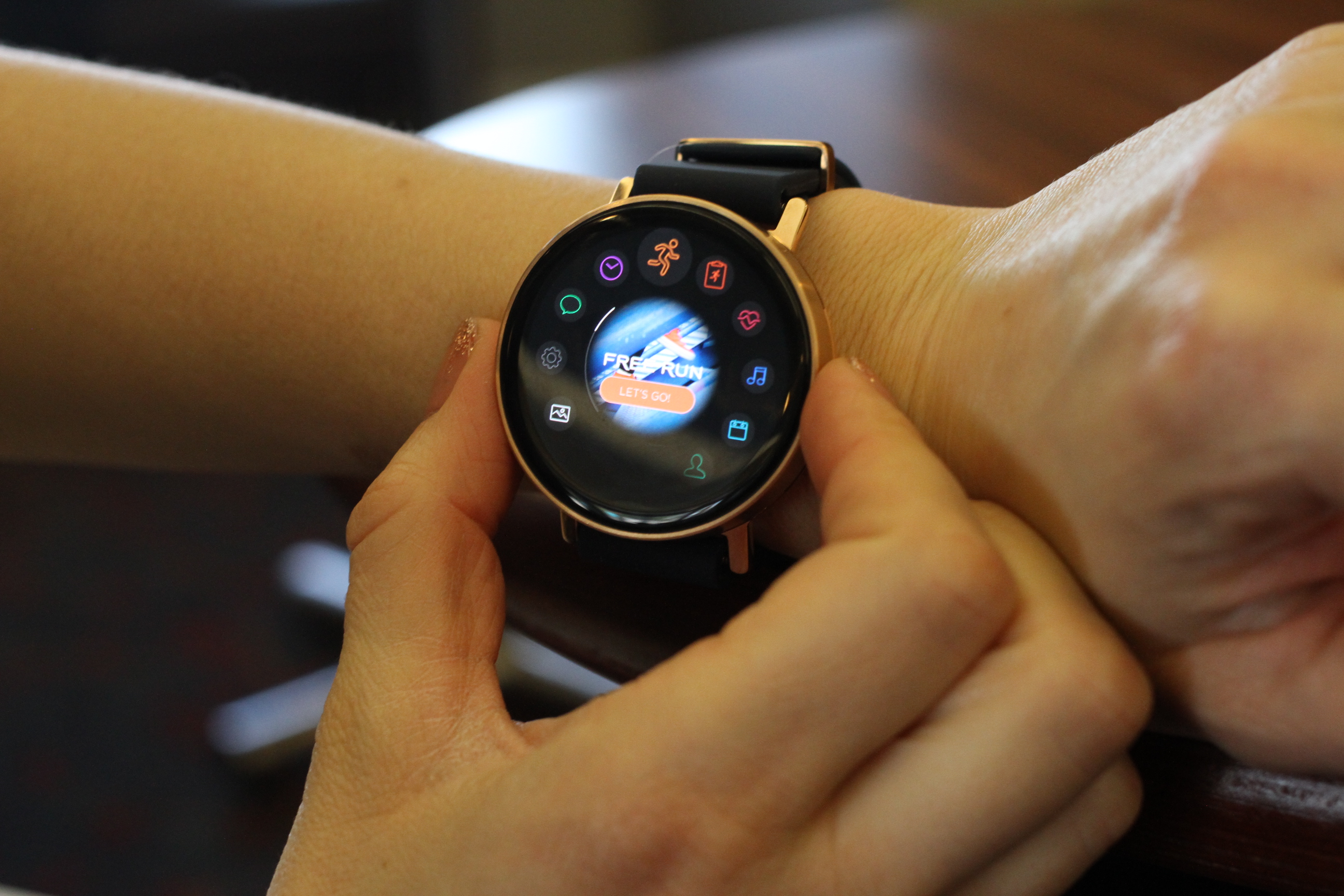 There’s a heart rate monitor on the back of the watch and inside you get an accelerometer, altimeter, GPS, microphone and 4GB of storage for music, which can be played through a connected pair of Bluetooth headphones. The company’s also promising two full days of life on a charge, accomplished via a magnetic charging case.

The watch is water resistant up to 50 meters and works with a range of interchangeable straps. The case itself is available in both black and gold. All in all, it’s a pretty solid range of features given its $199 asking price. The Vapor is set to go on sale by year’s end.