Following from the company’s successful Theta S, Ricoh today flirtatiously lifted the veil on an upcoming product that will make live streaming 360-degree content a breeze. For now, the company is making a camera available for developers to start building their own applications. The dev kits are slated to ship in Q2 this year. 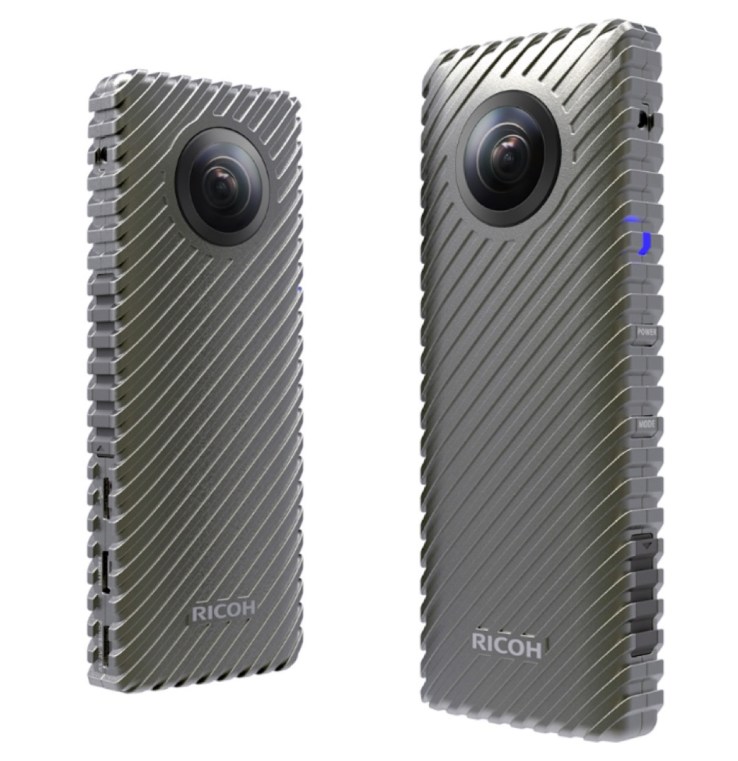 Tests done so far range from the obvious — live streaming live concerts — to the more creative, including remote telepresence solutions. One example Ricoh gives is a school enrollment ceremony, where students participated using VR headsets to follow a live stream of the ceremony.

A tentative step into the future of 360

If neither of those examples set your heart a-flutter, you might be onto something. The company is releasing it as a dev kit because it realizes there aren’t that many people who know, exactly, what 360 live streaming will be used for. Getting out ahead of the pack with a dev kit might just prove to be a prudent move — especially if the company’s solution proves as popular as its Theta S cameras.

Ricoh claims the Ricoh R camera will be able to stream continuously (as long as there’s power and an internet connection).

“Live streaming of fully spherical video is an emerging technology, with content creation, distribution and viewing still largely in their infancy,” a spokesperson for the company tells me. “Following a series of beta tests with a diverse group of customers Ricoh has determined there is significant business potential for this new technology.”

The stream out of the camera is at 2K resolution at 30 frames per second. Not quite enough for photorealistic VR, but potentially enough to create compelling 360 video experiences nonetheless. The camera can stitch the video in real time in Equirectangular Projection Format (the standard for fully spherical video streams), and can be output via HDMI or USB. For offline use the camera can also record to a Micro SD card.