Huang basically breezed past the announcement heading into a trailer for Mass Effect: Andromeda streamed live, but it does represent a rather huge development in live streaming. While Twitch has largely become the go-to place to watch streamed games, Facebook has increasingly tried to creep into that space.

And for good reason. Huang said Twitch has streamed more than two trillion minutes, and if Facebook can snap up that kind of engagement, it’s going to give Facebook yet another big foothold in the increasingly hot live streaming space. Of course, this requires that users exist within the Nvidia GeForce Experience universe. But Nvidia’s sell is that it can optimize your computer and gaming experience and simplify the process of making the games play best.

By playing games within the GeForce Experience, users will be able to connect it directly “with two clicks,” Huang said on stage. It’ll allow users to capture more and more gaming footage, which has also become a big area where startups like Forge are popping up. And if it offers live-streamers another place to gather a big audience, it’s going to continue to make Nvidia increasingly the go-to platform.

(As a side note, Mass Effect: Andromeda is coming out March 21, according to what they said on stage.) 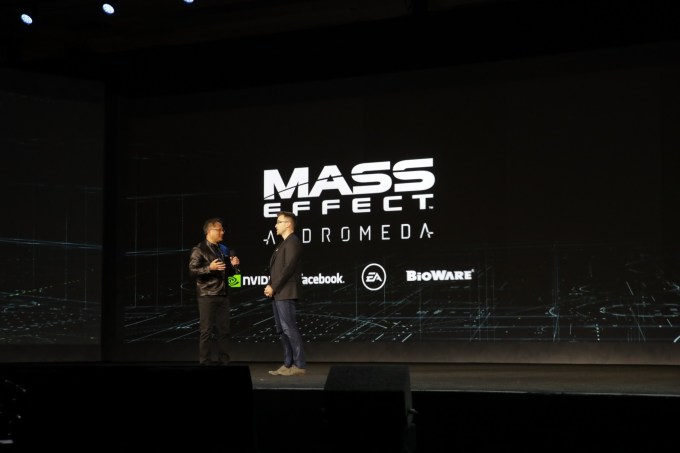