Since the advent of accelerators, venture capitalists have competed to lock in deals with the best startups in a given batch. Entrepreneur turned investor Sean O’ Sullivan thought it would be better to develop a venture firm that owned and ran its own accelerators.

Today that firm, SOSV, has closed its third fund at $150 million to back startups that are admitted to and have graduated from one of its many programs.

O’ Sullivan said, “There are a lot of really great ideas out there. But Series A rounds are not happening as easily as they used to. We’re here to get more companies further, faster, and get them to a greater degree of traction and profitability earlier so they can go on to raise those Series A’s.”

Of eight total, SOSV’s better-known accelerators include: hardware-focused HAX, FOOD-X for food and agriculture companies, IndieBio for life sciences startups, and Chinaccelerator for cross-border internet and mobile companies in Asia.

Most of SOSV’s accelerators focus on what O’Sullivan calls “real world products,” made of atoms not just bits. When SOSV does invest in software, it’s usually an app or service that corresponds with “real world products,” consumer electronics or medical devices, robotics, food, or life sciences especially genomics.

O’ Sullivan is best-known today as an investor. He starred as a “dragon” on the Irish version of the reality TV business competition Dragon’s Den. But he has a long and colorful background in tech and business.

He founded MapInfo in 1986, which put street mapping on personal computers and then on the early internet. He is credited with coining the term “cloud computing,” with George Favoloro, as a founder of NetCentric.

He also has a massive humanitarian and philanthropic streak. He started a non-government organization called JumpStart International to help Iraqis rebuild Baghdad. And he was the initial supporter of Khan Academy, and CoderDojo.

Now SOSV, which calls itself the “accelerator VC,” is beginning to have the same brand recognition its founder enjoys. 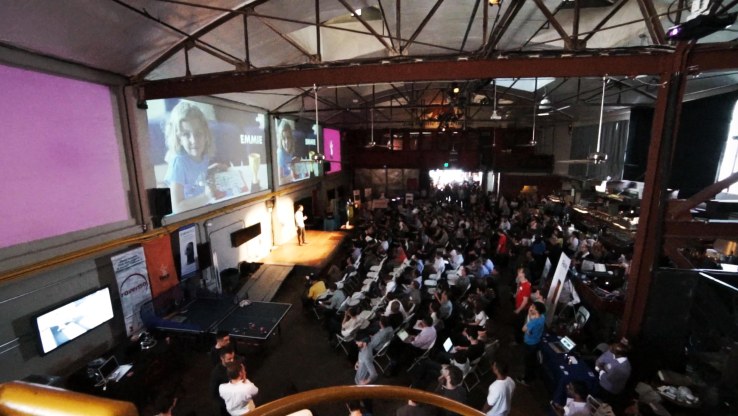 O’Sullivan noted that ten SOSV-backed companies ran Kickstarter fundraising campaigns for their products that broke the $1 million mark as of the end of 2016.

Generally, SOSV the lead or sole seed investor in the very early stage startups it attracts to its programs.

The firm takes a six to twelve percent stake in the companies it backs and invests $80,000 to $250,000 in each one when they are admitted, investing further after the programs end and providing the startups with access to cutting-edge laboratories, or other facilities where they can develop and test their products.

In recent years, SOSV has fired up another accelerator program, called HAX Boost, for hardware startups that already have a product on the market and real revenue coming in the door. It’s more about helping startups attract corporate partners, get retail distribution and grow their customer base, than it is about scoring more venture capital.

In 2017, O’ Sullivan says, SOSV will be looking to start yet another accelerator that gets some of its alumni to an initial public offering.

“It’s a real problem for the VC industry that more tech companies are not going public. LP’s want a return. VC’s want a return. It may surprise people, but going on the public market to get that return does not actually require you to raise billions,” O’ Sullivan said.

Healthy companies that are doing tens of millions in revenue could go “straight public” instead of raising a Series D, E and beyond from later stage firms, O’ Sullivan is betting.

“Why not go public and raise $50 million in an IPO? It used to work this way. We don’t have to make companies that operate for the first seven years at a loss,” he said.

Limited partners in SOSV’s new fund are a of institutional backers, family offices and tech executives, even some alumni of SOSV’s own accelerators. They included: the IFC of the World Bank, the Lemelson Foundation, the Russell Family Foundation, Harmonix co-founder Alex Rigopolous and others.