Duolingo, the popular language learning app, has long made learning a new language accessible to anybody with a computer or smartphone. Unlike being in a traditional class environment, though, using Duolingo was always a rather lonely experience. The company, whose app has now been used by over 150 million people, realized as much and today, with the launch of Duolingo Language Clubs, it’s adding a new (and optional) social component to its language learning experience.

The company likens the clubs, which are now available in both the iOS and Android versions of its app, to having gym buddies — but for your brain. The clubs allow you to share a newsfeed with your accomplishments with your friends — and to make the experience competitive, there’s also a weekly leaderboard.

“Learning a language is an inherently social experience,” said Duolingo co-founder and CEO Luis von Ahn in today’s announcement. “One of the hardest things about learning a language is staying motivated, and we believe this new feature will draw friends and family together around a common goal to help our users hit their goals more quickly.” 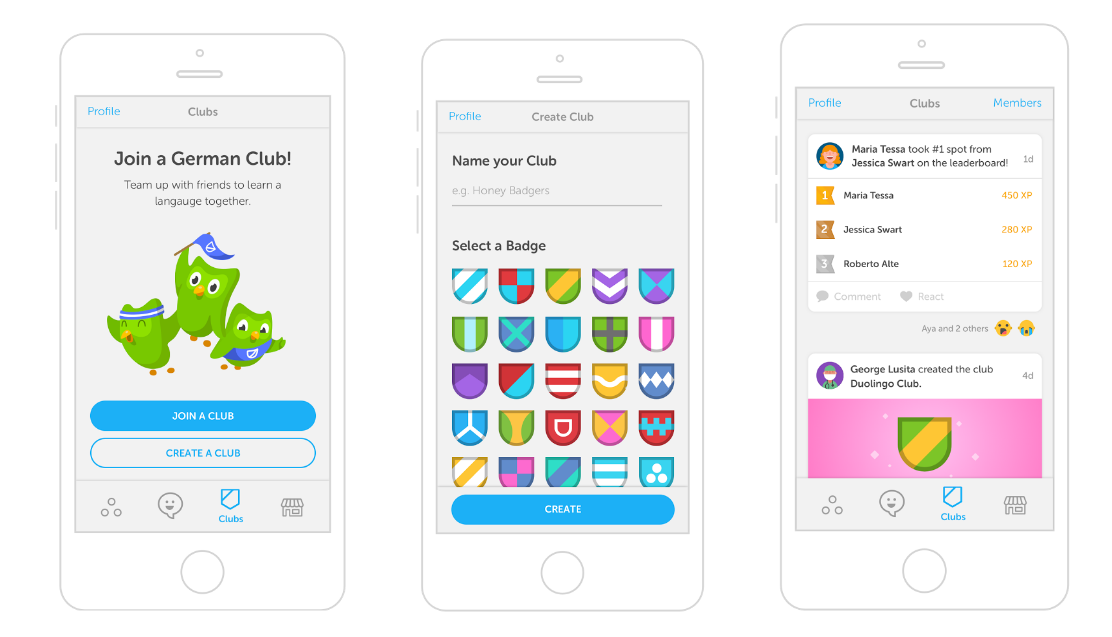 The fact that Duolingo announced the new features today is probably no accident. With January 1st only a few days off, plenty of people are surely adding “learn a new language” to their New Year’s resolutions (which they will promptly forgot in a week or two). Add a slew of new smartphone owners (who got their new gadgets for Christmas) to that list and December and January are likely pretty important months for Duolingo.