Seattle police arrested Oculus’ Head of Computer Vision Dov Katz on December 23rd in a sting operation in which a police officer posed as a 15-year-old girl. Katz allegedly arrived at an Embassy Suites in Tukwila, Washington with $600 after agreeing in texts messages to pay $300 for sex without a condom.

Katz told police he was there to rescue the girl.

GeekWire has screenshots from the police report: 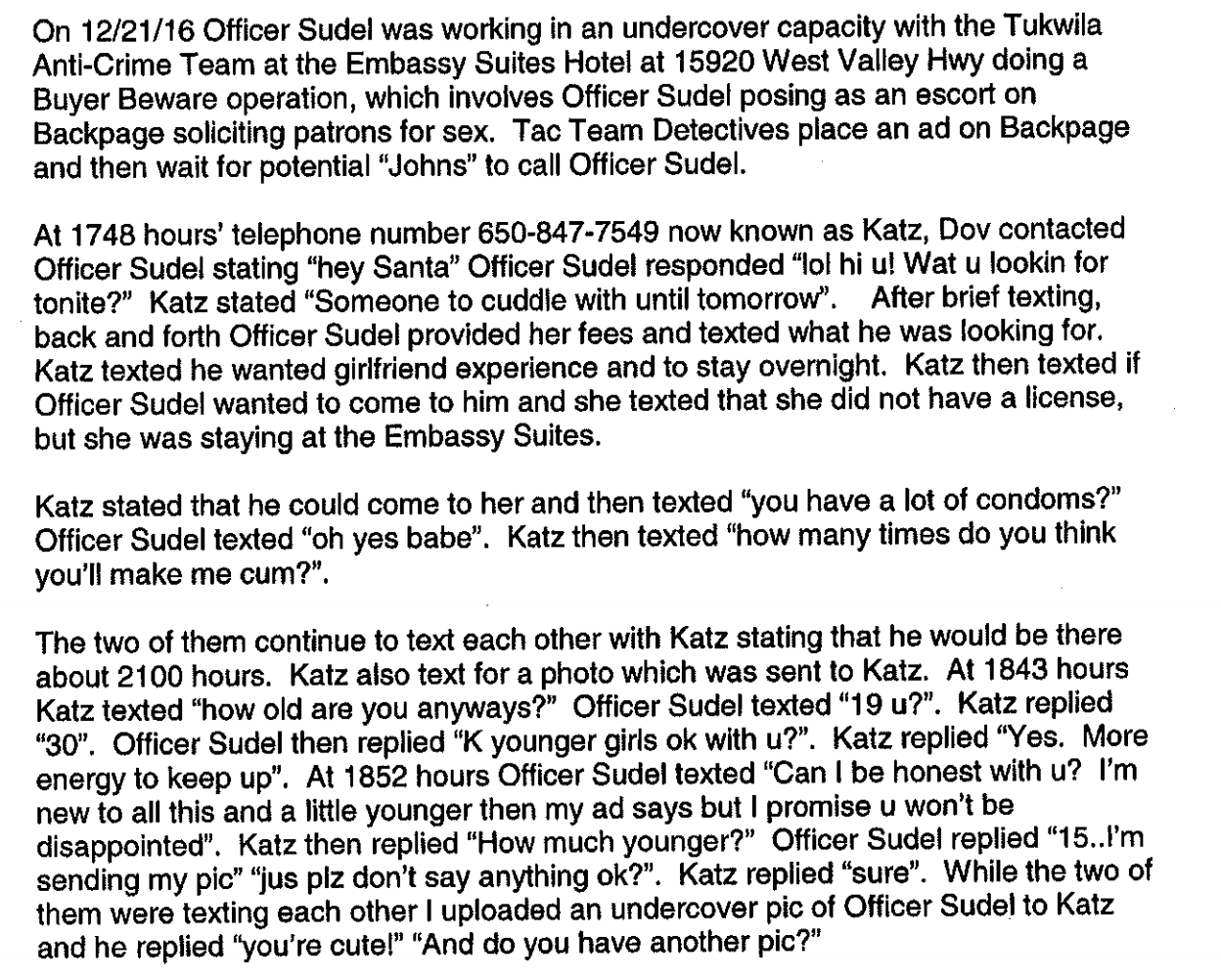 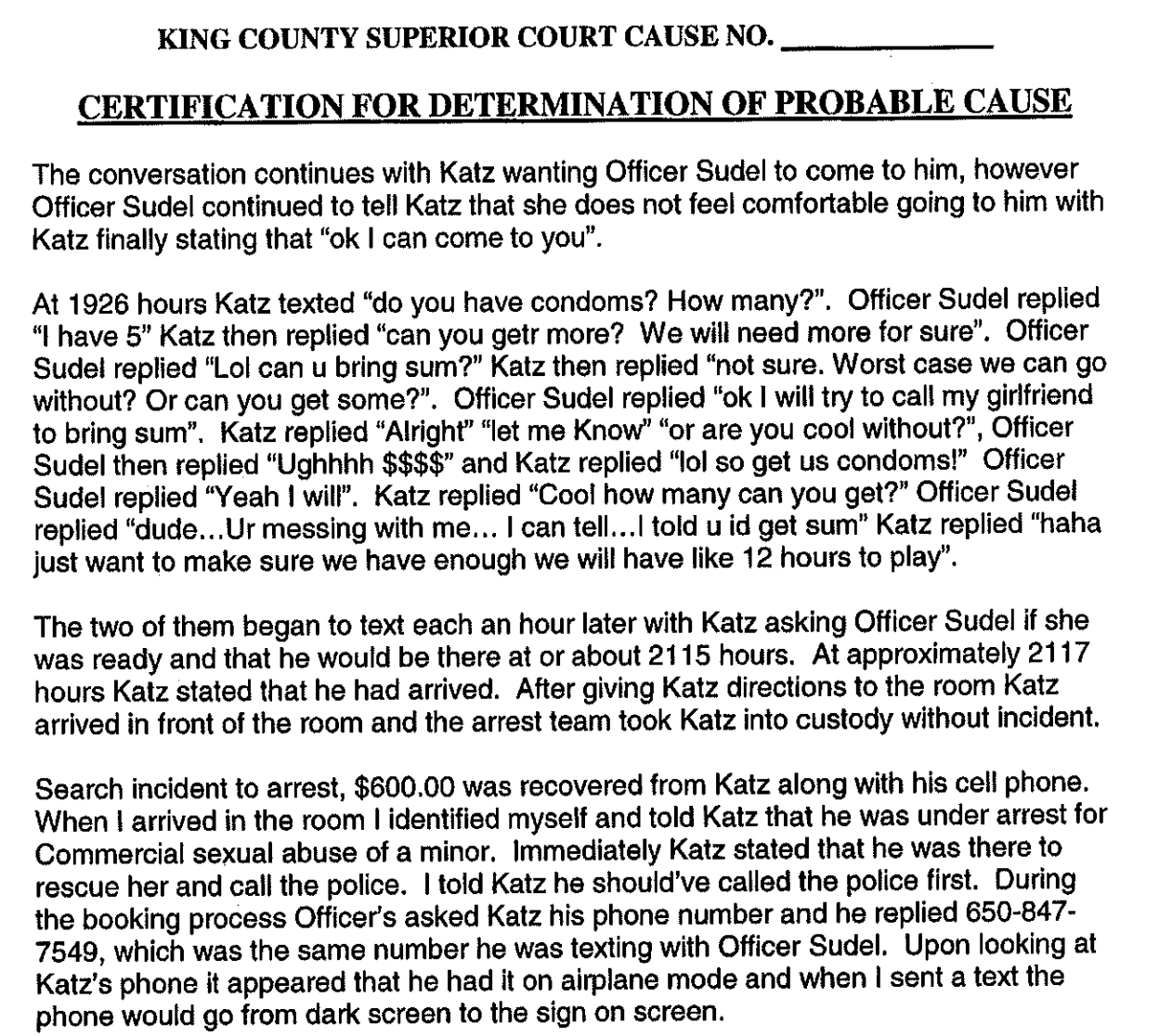 Local television affiliate King 5 reported on the arrest. Katz is to be arraigned on January 5th and bail is set at $125,000. Katz has extensive experience in computer vision and has worked at Oculus VR since 2013. Facebook bought the company in 2014.