Uber took its self-driving vehicle fleet to Arizona after being kicked out of San Francisco, Tim Cook cleared up why he met with Trump, and executive level shakeups occurred at Twitter this week. These are the top tech stories all in one place.

You can also get this post as a newsletter in your inbox, if you like. Want more tech news? Subscribe to The Daily Crunch for more frequent updates.

1. Apple CEO Tim Cook was part of a round table of tech leaders that met with Trump last week, and some were confused as to why. Cook sent out an internal memo to employees explaining why he met with Trump. The short of it was that you have to show up in order to have a say. “Personally, I’ve never found being on the sideline a successful place to be,” wrote Cook. “The way that you influence these issues is to be in the arena.”

2. Amid notions that the popularity of Apple’s portable laptops and slower upgrade cycle of desktop products, some have suggested Apple’s commitment to the desktop product. But in a posting to an employee message board, Tim Cook confirmed that Apple is indeed still working on the desktop. “Let me be very clear: we have great desktops in our roadmap. Nobody should worry about that,” Cook said. 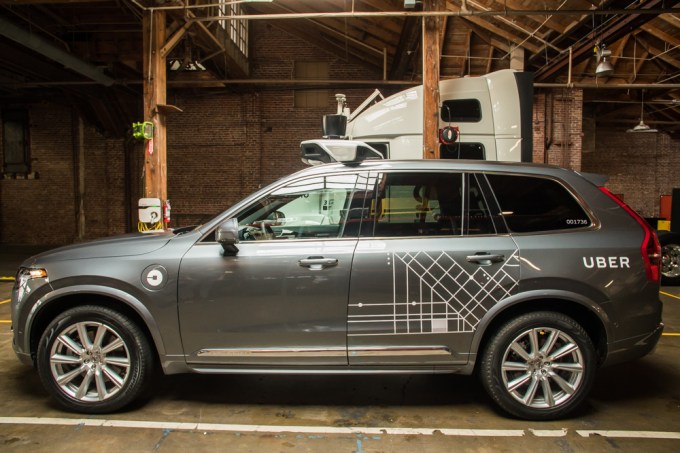 3. Uber’s self-driving pilot in San Francisco came to a hard stop, following a meeting with the California DMV and Attorney General’s office. Uber had been ordered to cease operations due to the lack of a proper state permit. A cyclist advocacy group also warned that the self-driving units could put bikers at risk. Uber will deploy the vehicles in Arizona for the time being.

4. As 2016 comes to a close, we looked at the highs and lows of how top tech companies performed throughout the year. Apple’s bulletproof Wall Street growth story came to a halt as iPhone sales slowed and interest in the Apple Watch declined. Google proved it is more than just a search engine this year as it introduced two major hardware products, the Google Pixel and Google Home. Amazon’s AWS had a breakout year, but 2017 could see an even larger wave for the ecommerce company. Twitter’s future remains uncertain amid layoffs, slowed user growth and a botched acquisition that plagued the network in 2016. This year saw 10 acquisitions and a new Chief Equality Officer position filled for Salesforce.

5. There were a few executive level shakeups this week. A senior staff member of Oracle, George A. Polisner, resigned after the enterprise tech titan’s co-CEO, Safra Catz, joined the Trump transition team and stated her enthusiasm for the president-elect.

6. Twitter just can’t catch a break. Adam Messinger, who has been the company’s CTO for nearly four years, said he was leaving the company. Twitter VP of product Josh McFarland is also leaving to join Greylock Partners.

Posted by TechCrunch on Thursday, December 15, 2016

7. Super Mario Run finally hit the iPhone, crushing mobile gaming download records. But Nintendo did not have a good week. The company’s shares dropped about 15 percent in five days following the launch, which shaved off a significant amount of the company’s market cap. $10 just might be too much to ask for a mobile game.

8. An Uber employee filed a lawsuit accusing the company of misleading employees about their equity compensation. Uber “devised a fraudulent scheme to recruit highly sought software engineers,” according to the case.

9. It looks like Facebook is beginning to take responsibility for its role in informing today’s world. “Facebook is a new kind of platform. It’s not a traditional technology company,” said CEO Mark Zuckerberg in a Live video year-end chat with COO Sheryl Sandberg. “It’s not a traditional media company. You know, we build technology and we feel responsible for how it’s used.”

10. The internet has brought us into a new era where the digital is affecting the real. But the rise of abuse on social networks would lead one to believe that internet users still think the two realities are separate. “Once we could cancel our subscription to the daily paper if we didn’t like the news. How can we cancel our subscription to the defining medium of the 21st century?” writes John Biggs in The rise of 4chan politics.

11. There’s room for one more ride sharing unicorn. Uber’s Middle Eastern rival Careem reported that it raised a $350M funding round at a $1B valuation.

12. Almost a year after six months after it was supposed to arrive on iPhone, the BitTorrent Live app quietly became available on iOS. BitTorrent has done for live video what it did for file downloads: invented peer-to-peer tech that moves data transfer from a centralized source to the people.

13. 2016 was a year of change for Google: It was the first full year after the surprise Google/Alphabet reorg and the year that saw Google get serious about its own hardware, the cloud and the enterprise. Across the industry, 2016 was also the year of AI and machine learning — and Google was at the forefront of this.