Brian Forde Contributor
Brian Forde co-founded the Digital Currency Initiative at the MIT Media Lab and was formerly a senior advisor at The White House.
More posts by this contributor

Earlier this week, President-elect Trump met with some of the top leaders of American tech companies. Some of these leaders are trying to find common ground after being on the receiving end of some of his sharp-worded tweets.

Like many of my friends in the tech community, I’m faced with the reality of a Trump presidency and searching for a way to honor the calls of President Obama and Secretary Clinton for national unity and a chance for the president-elect to lead.

My struggle comes from looking for common ground with a president-elect whose policy goals I largely do not support but recognizing from my time working in the Obama White House just how ineffective obstructionist politics can be for Americans who rely on a functioning federal government.

As we seek to unite a divided country, one unconventional area where we might find common ground, and discover a hidden opportunity for the tech community, is updating a historic government agency — the U.S. Peace Corps.

In December 2013, President Barack Obama was preparing to meet with a group of U.S. tech leaders at the White House. I was the senior advisor for mobile and data innovation at the White House, and I asked Reed Hastings, the chief executive officer of Netflix — and, like myself, a Returned Peace Corps Volunteer — if he would like to join me for breakfast with the director of Peace Corps, Carrie Hessler-Radelet.

Carrie and I met with Reed the morning before his meeting with the President, and then I walked him to the West Wing. Reed seemed to relish his discussion with the President, jokingly offering the President a cameo in House of Cards. But I didn’t think much else of Reed’s visit until I saw media reports the following day. To everyone’s amusement, Reed considered the highlight of his day to be his breakfast with the director of the Peace Corps, where they discussed how the agency had been influenced and changed by technology. 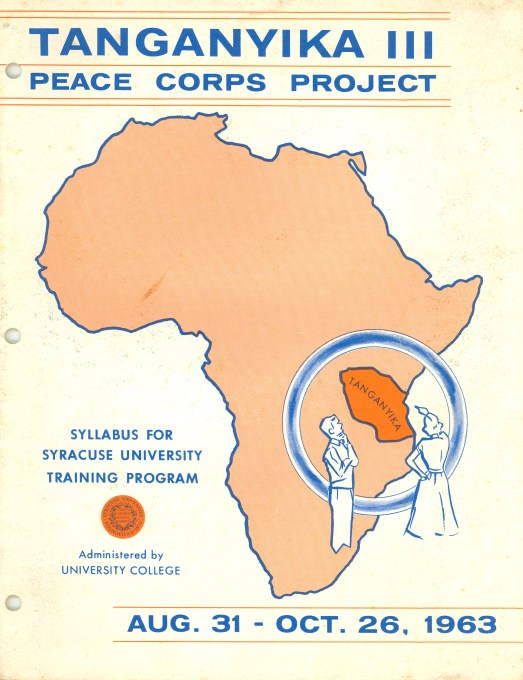 Every year more than 3,500 Americans finish their Peace Corps service, mostly in rural areas in more than 60 countries. The Peace Corps has long acted as the last mile of international development, but it could also become the last mile of critical tech training. It has an unrivaled footprint of volunteers canvassing the planet — they are ambassadors of culture, teachers of water-saving agricultural techniques and emerging leaders in their own right. They’re building deep, meaningful relationships with local communities.

Historically, federal agencies, non-profits and non-governmental aid organizations have heavily recruited this rich talent pool of international experience and resilience. One of the many positive side effects of the tech community working closely with the Peace Corps is also tapping into this rich talent pool of Returned Peace Corps Volunteers. These resilient Americans can supply the boost tech companies needs to grow businesses successfully and responsibly in the most remote parts of the world.

As an example, more than thirteen years ago I served as a business and technology volunteer in Nicaragua. Based on the challenges my neighbors and I faced in making calls to the United States, I co-founded a small phone company in 2005. We erected 80-foot internet towers in rural villages to enable Nicaraguans to call the United States and other countries at a tenth of the price charged by established carriers. Eventually our company, Llamadas Heladas, became one of the largest phone companies in Nicaragua.

I am not alone. Other Peace Corps Volunteers have also gone on to start much more successful tech companies, including Reed — who served as a high school math teacher in Swaziland — and Amy Pressman, who served in Honduras before co-founding her billion-dollar tech startup, Medallia. And it’s not just tech startups, Knight Foundation, with more than two billion dollars in assets to support, among other things, the development of civic tech, is run by Alberto Ibargüen, who served in Venezuela.

President-elect Trump should choose a Peace Corps director with technology in his or her DNA. Critically, the next director needs to make technology a priority in every facet of the organization, from staffing and training to the partnerships it builds.

Why? Great, tech-powered, business ideas can come from anywhere. Take Lyft, for example, a billion-dollar Silicon Valley company modeled after the successful ride-pooling in Zimbabwe. Or consider Ushahidi, a popular crowd-mapping tool used during domestic disasters — created in Nairobi.

Facebook powers more than a billion people’s social media identities but the Government of India built the world’s largest biometric identity system for more than 1.2 billion people in a fraction of the time. One of the most successful mobile money companies, M-pesa, was not founded in America, but in Kenya. Analog versions of Deliveroo, Postmates and Munchery were implemented decades ago in countries such as India and Nicaragua.

Ultimately, by bringing the Peace Corps into the 21st century, we can empower communities across the globe to take advantage of emerging technologies that can positively impact their lives. 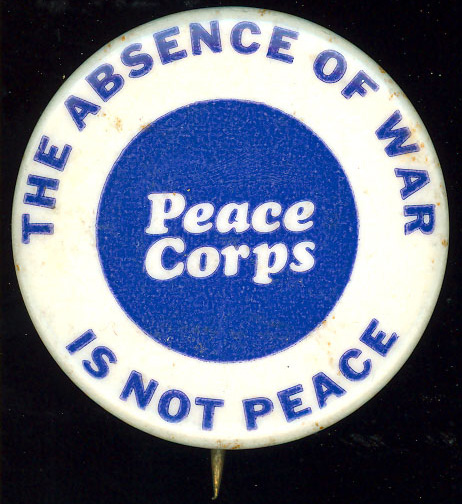 Peace Corps Director Hessler-Radelet has made dramatic improvements at the agency, including significant structural changes that make it easier to apply to serve as a volunteer — reducing the application process from several days to less than an hour. The Peace Corps has also expanded its digital footprint and improved its outreach, recruiting and marketing, resulting in a 100 percent increase in applications over the last two years.

The agency’s Director of Innovation, Patrick Choquette, has formed strategic partnerships with software firms, such as Duolingo, a language training software company. The Peace Corps has also been leveraging local knowledge to crowdsource invaluable geographic information that can be incredibly helpful in the wake of disasters.

Building on these successes, the next director has the opportunity to make the Peace Corps an important player in spreading the benefits of emerging technologies — enabling this historic agency to have as much impact in the 21st century as it had in the 20th. The wave of technology change is only growing. Whether it lifts or further isolates many parts of the world is being decided now.

The next Peace Corps director could help shape this future in the following ways:

Finding common ground with someone whose policy goals you may strongly disagree with is incredibly challenging. But this isn’t about any one of us or the president-elect. This is about coming together as Americans, with the Peace Corps and the National Peace Corps Association, to help evenly distribute our future to the people who need it most — the communities Peace Corps Volunteers are uniquely trained to serve.

This post was written in my personal capacity and does not reflect the views of MIT or my colleagues.

This is just a starter list for ways Peace Corps Volunteers could leverage the latest tech tools to help the people serve throughout the world. Feel free to share additional ideas: brian@forde.com