If you are one of the lucky few who either managed to get an NES Classic Edition already, or who will likely be getting one this holiday as a gift, then you’ll notice right away that the controller included is barely usable, thanks to a short cord. That’s where 8bitdo’s new NES Classic wireless control kit comes in.

The included cord is so short that there’s already a brisk Amazon business in selling extension cables — but for not much more money you can pick up the 8bitdo kit, which includes a wireless controller modeled very closely on the original Nintendo gamepad, and a Retro Receiver wireless dongle to connect it to your tiny new console. 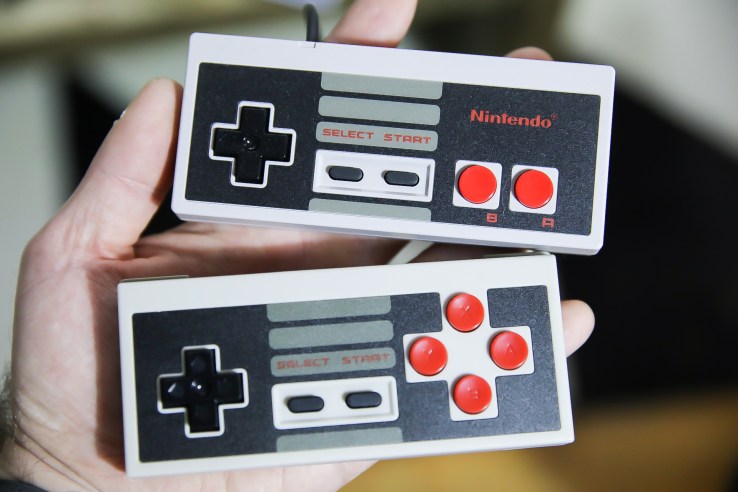 As you can see from the image above, it’s very close to the classic controller Nintendo makes — with the addition of right and left shoulder buttons, plus an X and Y button on the right-hand side. One of these works as an auto-fire button in some games, and the other is just redundant. But they don’t get in the way, and their presence means you can use this as a standard Bluetooth controller with a range of other gadgets and have more control options.

The important thing is that this controller feels like a Nintendo controller, and that’s key to retaining that nostalgic appeal for old-school players. Plus, once you’re paired successfully, which took me a couple of minutes to get right once I plugged in the Retro Receiver, the connection is rock solid. 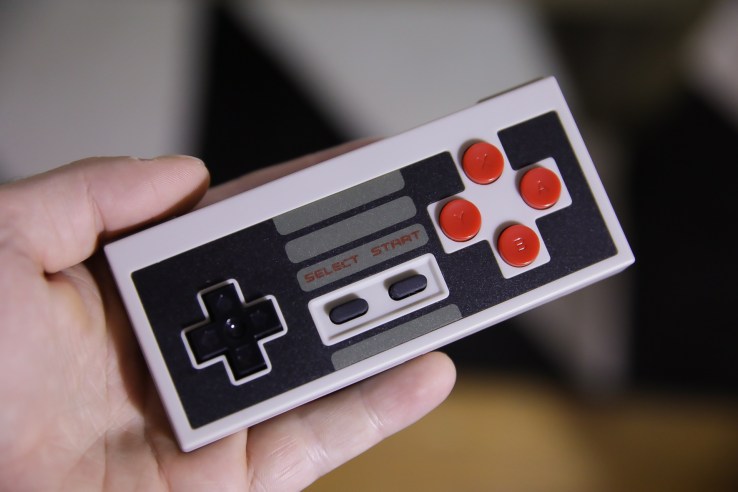 Battery life is also great — 8bitdo claims 20 hours, and I did not have to recharge it after a series of long-play sessions that included actually beating Dr. Mario for the first time (yes, on slow, but whatever). It’d be nice if you could pair multiple controllers with a single receiver, but you’ll need to pick up a second kit for multiplayer wireless sessions.

8bitdo’s controller should also have the benefit of being easier to find than Nintendo’s own hardware; the controller is set to begin shipping from Amazon on December 16; pre-orders at $39.99 for a kit, which includes both receiver and the NES30, are open now.