Danish banking app Lunar Way is one of a plethora of startups in Europe attempting to update the retail banking experience with a mobile-first offering. However, rather than securing a banking license of its own — à la challenger banks such as Monzo, Atom, Starling and Tandem in the U.K. — the Danish company is partnering with local banks in the countries in which it operates, a strategy it believes has enabled it to get to market and innovate faster.

To get ready for a full launch, Lunar Way is disclosing €4.2 million in new funding. Leading the round is SEED Capital Denmark, along with a number of unnamed angel investors. I also understand that partner bank Nykredit (the biggest mortgage lender in Denmark) is also a minority shareholder.

Aiming to build a banking experience for the “Snapchat generation” — Lunar Way’s words, not mine — the startup offers a mobile banking app that lets you open a banking account, receive a debit card powered by MasterCard, get a real-time transaction feed of your spending, view your transactions by shopping category or retailer and more. You also can set saving goals through the app, and pay bills. 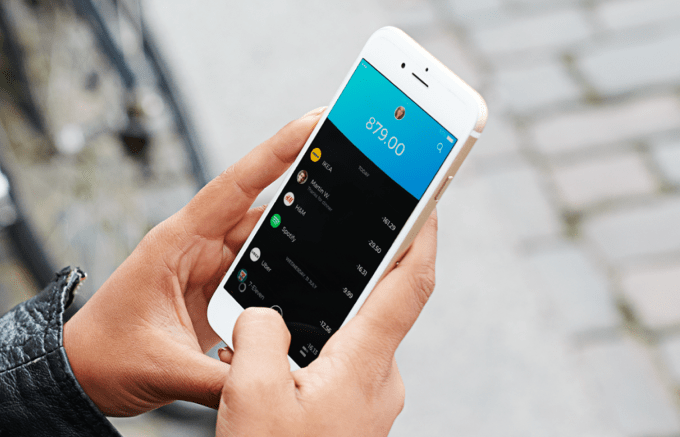 “The incumbent banks are trying to be everything for everybody — and with that distributing mediocre products for their users. Those products require a long processing time, physical contracts and even the odd appearance in a branch,” says Lunar Way founder Ken Villum Klausen.

“At Lunar Way we want to build a full-blown mobile solution, where you’re able to do everything instantly. This includes signing up, creating multiple accounts and cards, applying for loans and credits — and even mortgages as we evolve. Also, we’re re-engineering those financial products for the time we live in today, with subscription-based overdrafts and product loans to name a few.”

Klausen says that so far the average user is 24 years old and is the type of person who is ready to cut ties with the bank they inherited from their parents. Furthermore, 23 percent of Lunar Way’s beta users have closed their old bank account, thus choosing Lunar Way as their primary banking service. He also tells me that 85 percent of its users follow the startup on Snapchat!

“Currently we are the only active challenger in the Nordics, so the majority of the competition is from incumbents and retail banks,” adds the Lunar Way founder. “The banking landscape in the Nordics is well-developed, with national identification schemes and integrations to the tax authorities, but all of the incumbents products and applications are the same and there has never been an actual alternative to the traditional banks.”