There are plenty of apps out there that purport to keep you “safe.” Apps that immediately phone your main contacts when you are threatened or attacked. Apps that allow you to share your location with key contacts. But for modern women, especially in big urban cities like New York or London, who would really rather not share literally all that stuff and perhaps find it all a bit alarmist, there isn’t anything that really suits their lifestyle. So a brand new app intends to speak to these confident, young women who like to keep their friends close, but not too close.

Pitched as a “virtual BFF and concierge,” the Hope app wants to be the “social glue between millennial females.” It’s out on iOS now.

On the face of it, Hope is a sticker-based messaging app that automatically shows when its users get home OK after a night out or a date — but crucially without revealing their exact location.

Other apps like this fall either into chatbots for booking tables (Luka) or apps for revealing location (Google Trusted Contacts, Find My Friends, Zenly, etc.). But none do both. 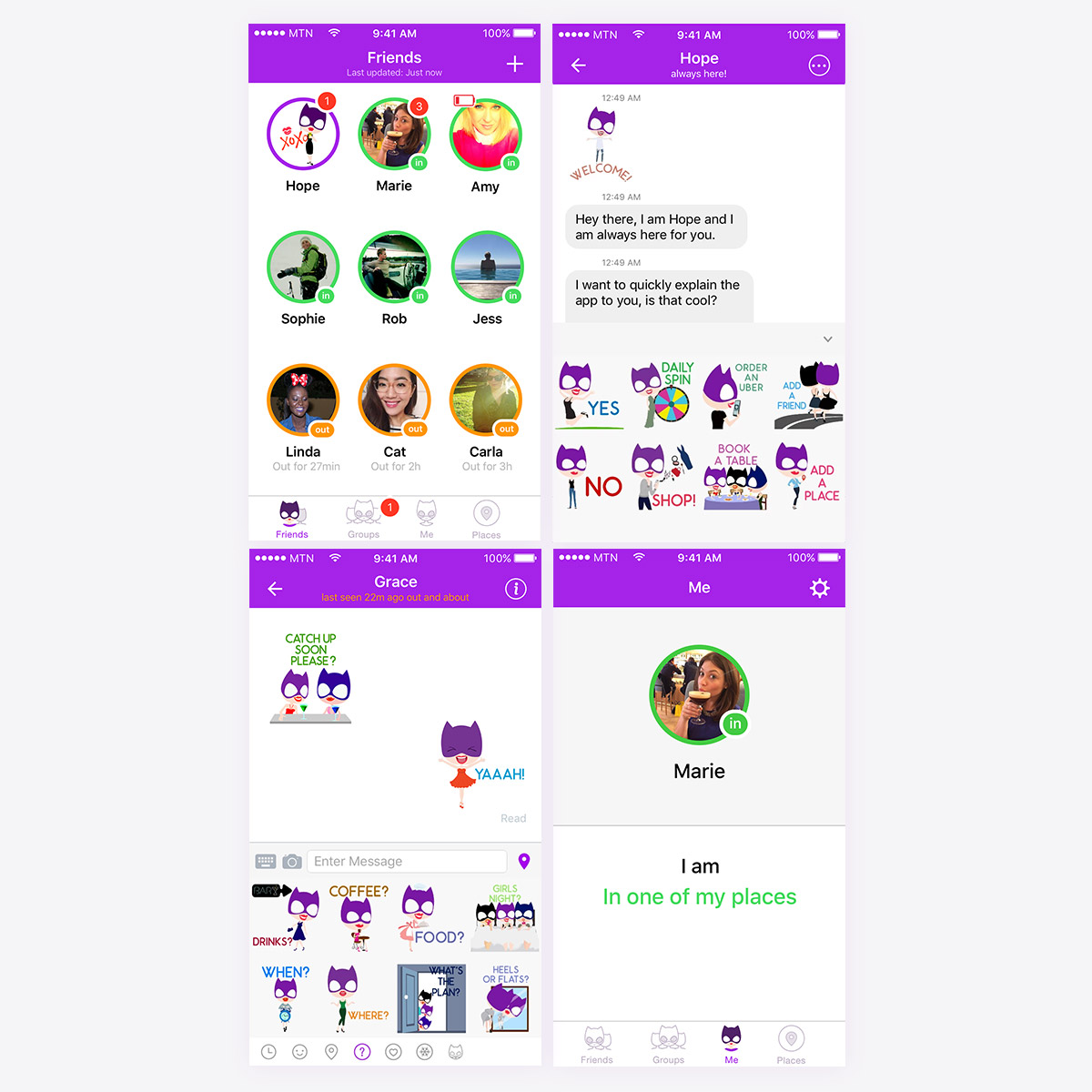 By using geo-fencing to mark out “home” or “work” or perhaps a favorite bar or club, the app simply displays if the user is “in” or “out,” not where they are.

Founder Victoria Haynes — who admits she built the app to suit her own lifestyle as a women with a rich and varied social life in London — says: “We use location in a way our users are comfortable with.”

Hope also shows if the phone’s battery is low, plugged-in or dead, and how long users have been out. This can also be switched off, allowing the user complete control.

An AI-powered chatbot inside the messaging service also allows users to shop, book a table or order an Uber. In the future there are plans to allow users to book beauty appointments, make plans with their friends and more. You can also set up groups to message — so BFFs, etc.

The app has had just “family & friends” funding so far, but is looking to raise early 2017. 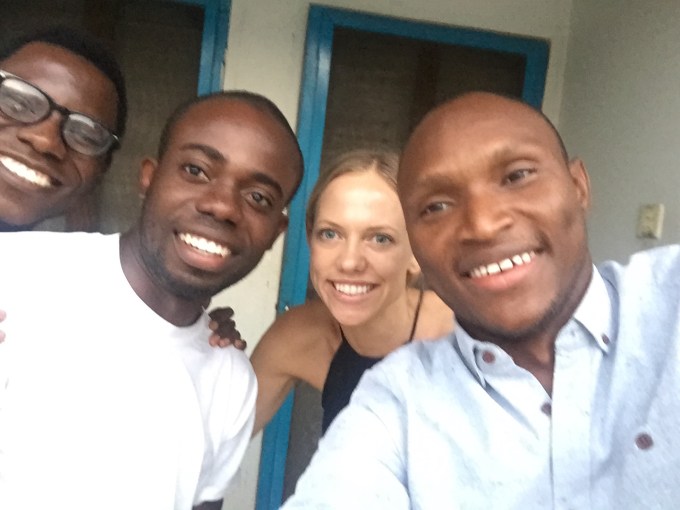 Haynes (founder and CEO) previously spent two years advising 16 African tech startups at MEST, Meltwater’s nonprofit tech school, seed fund and incubator in Ghana. Badu Boahen, CTO, was previously co-founder and CTO at both Beep App and Saya Mobile. Saya brought mobile messaging to millions of mass market devices in emerging markets, was a TechCrunch Disrupt Finalist in SF in 2012 and was later acquired by Kirusa, a U.S.-based company, in 2014. The rest of the team is Omar Seidu and Kweku Ghartey.

Here’s how the app works: