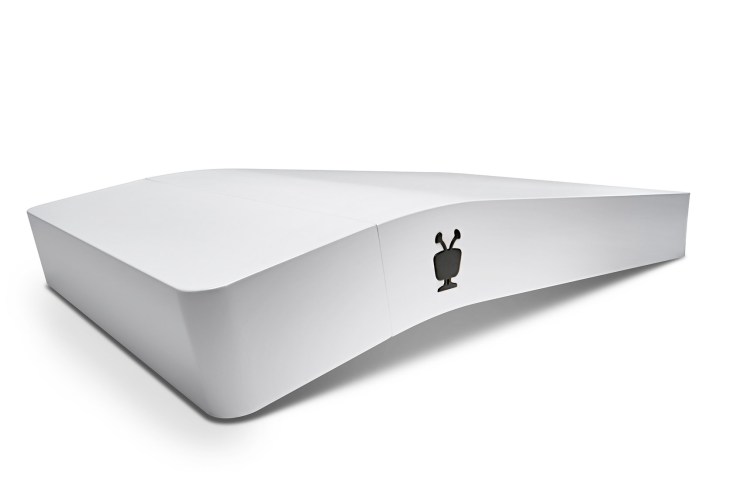 Reports that media player and DVR maker TiVo is testing a “cloud DVR” type functionality have been circulating in recent weeks. If the feature was to make it into commercial production it would be a notable addition for the hardware maker, whose products have been more focused on competing with traditional DVRs by combining TiVo’s unique user experience with the ability to stream from online services, as well as tools to search and follow content no matter where it originates.

According to industry watcher Dave Zatz, the cloud DVR functionality was initially spotted in new, unreleased hardware, dubbed TiVo Mavrik. However, he reported this week that the owner of the TiVo Bolt DVR also briefly saw a notification that referenced a “cloud recording” feature. (see below) 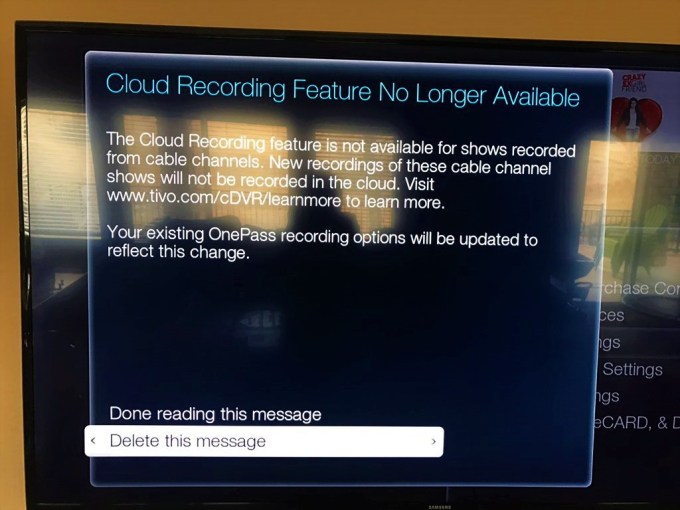 Cloud recording is not something that ships with the TiVo Bolt today, so this pop-up did seem to imply that some sort of testing is underway.

Though TiVo is not commenting on the finding, we’ve confirmed from sources familiar with the matter that TiVo is performing small scale tests with cloud recording, as this leak indicates. From our understanding, the company is only looking into using the cloud (instead of local recording) for over-the-air signals, not cable TV.

TiVo has yet to firmly decide if the feature will be rolled out as an upgrade to existing OTA DVRs, like the Bolt, or if it will be introduced as a primary feature on new products designed specifically for the purpose of recording to the cloud.

Using the cloud for saving recordings has advantages, as it means that customers won’t be limited by hardware when it comes to how much room they have to save their recordings. Instead, a cloud DVR could allow TiVo to sell multiple tiers of service attached to a given device. The recordings could also be made available across a network of devices, or even other platforms like mobile phones, via TiVo’s app.

Cloud DVRs are becoming a popular add-on for a number of services in the cord cutting era, so it makes sense that TiVo would at least be considering the option. PlayStation Vue’s streaming TV service, for example, has long offered a Cloud DVR, and Dish’s Sling TV just launched its own into beta. Meanwhile, newer arrival DirecTV Now doesn’t yet have a cloud DVR, but is planning to launch the feature next year.

While TiVo is not a streaming service, obviously, it’s playing in a similar space. With the launch of the Bolt last year, it went more directly after those who are watching a combination of TV along with content from top services like Netflix, Amazon and others.

Reports that media player and DVR maker TiVo is testing a “cloud DVR” type functionality have been circulating in recent weeks. If the feature was to make it into commercial production ...