Back when Britannia ruled the waves her beautiful lighthouses were wonders to behold. Many a sailor found solace in the pale light cast out over the ocean and now the Schofield Watch Company is celebrating these by releasing a watch that glows like a radioactive trash fire and is made almost entirely of carbon fiber.

The Blacklamp Carbon is a mechanical watch with a few interesting facets. First, it uses a massive Unitas movement, the same once found in pocket watches. Further, the company has handcrafted something they’re calling Morta. The material is made of dense carbon fiber fused and shaped by hand for the case. Finally, the company added a massive ring of lume material called strontium aluminate GLTD which glows once charged in sunlight. The light is enough to keep the watch glowing overnight ensuring you can see the hands in the dark.

Each watch is marked with the coordinates of a British lighthouse and its flash pattern just in case you’re stuck at sea and need to find your way back to the Bonnie Young Lass or Lad who waits for thee on the quay.

In all this is a unique little watch with a lot of unique little features. That is made by hand in the UK is a bonus and that it looks like the lovechild of a Formula One race car and a hockey puck is another. Watches with odd touches and mechanical movements truly tickle my fancy and this guy looks very cool. 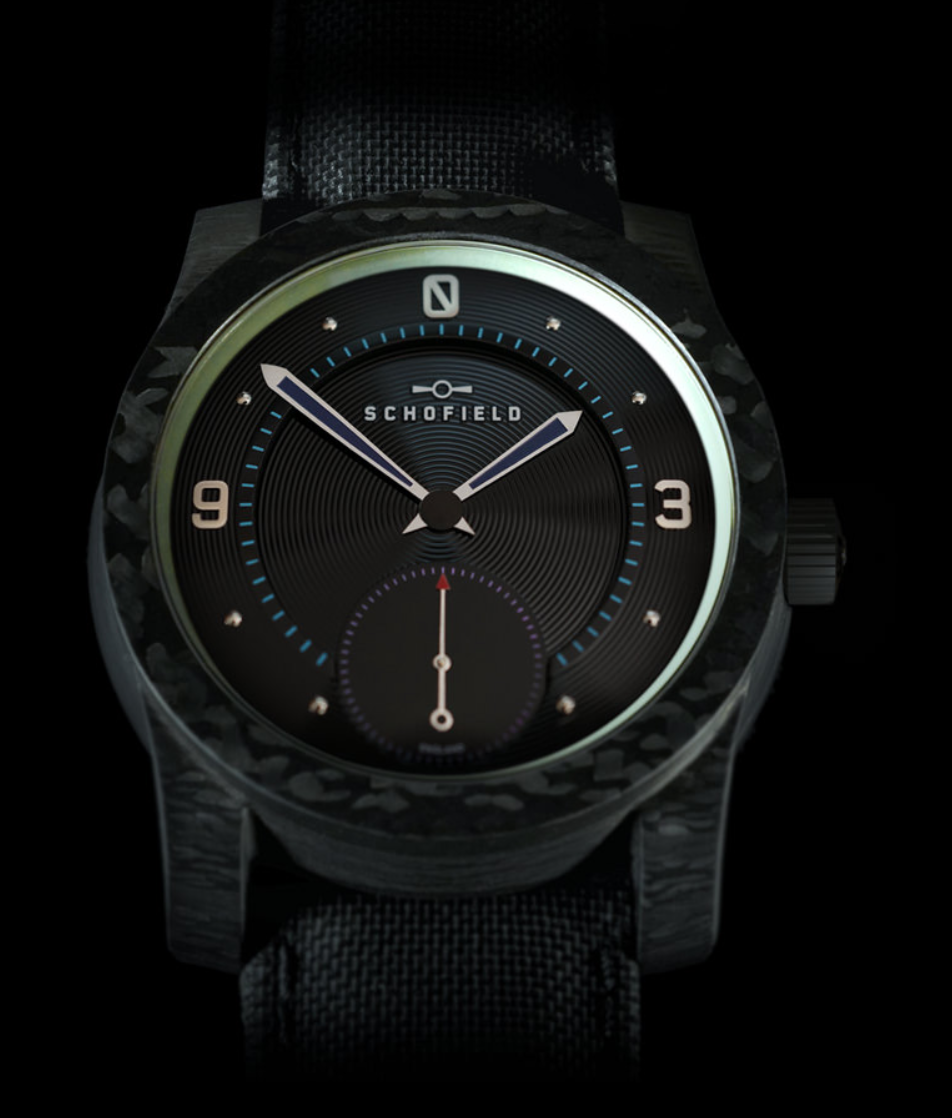 The company is based in West Sussex and the founder, Gilles Ellis, makes all of his watches by hand. This particular model is almost sold out and each one takes six weeks to build by hand so get cracking. The bad news, as usual, is the price: $12,000 or so at current exchange rates which means it might be cheaper just to buy a lighthouse.