If you’ve played games designed by Fumito Ueda before, then you’ll feel right at home in The Last Guardian, the new release published by Sony for PS4, and developed by genDESIGN and SIE Japan Studio. The world feels like a natural extension of the worlds created for both 2001’s Ico and 2005’s Shadow of the Colossus, and the most interesting question it brings up is what the will mean for a whole new generation of gamers encountering Ueda’s work for maybe the first time.

I spent some time with The Last Guardian, and while I haven’t yet played it all the way through, even my limited time with the game has provided a lot of insight into its strengths and weaknesses.

The Last Guardian drops the player into the action with very little in the way of background plot establishment. You gather that you’re young and on your own, and not where you’re meant to be. You also find out very quickly that you’re in the company of a mythical beast, Trico, which is equated to monsters of legend described by sailors and epic authors of old. 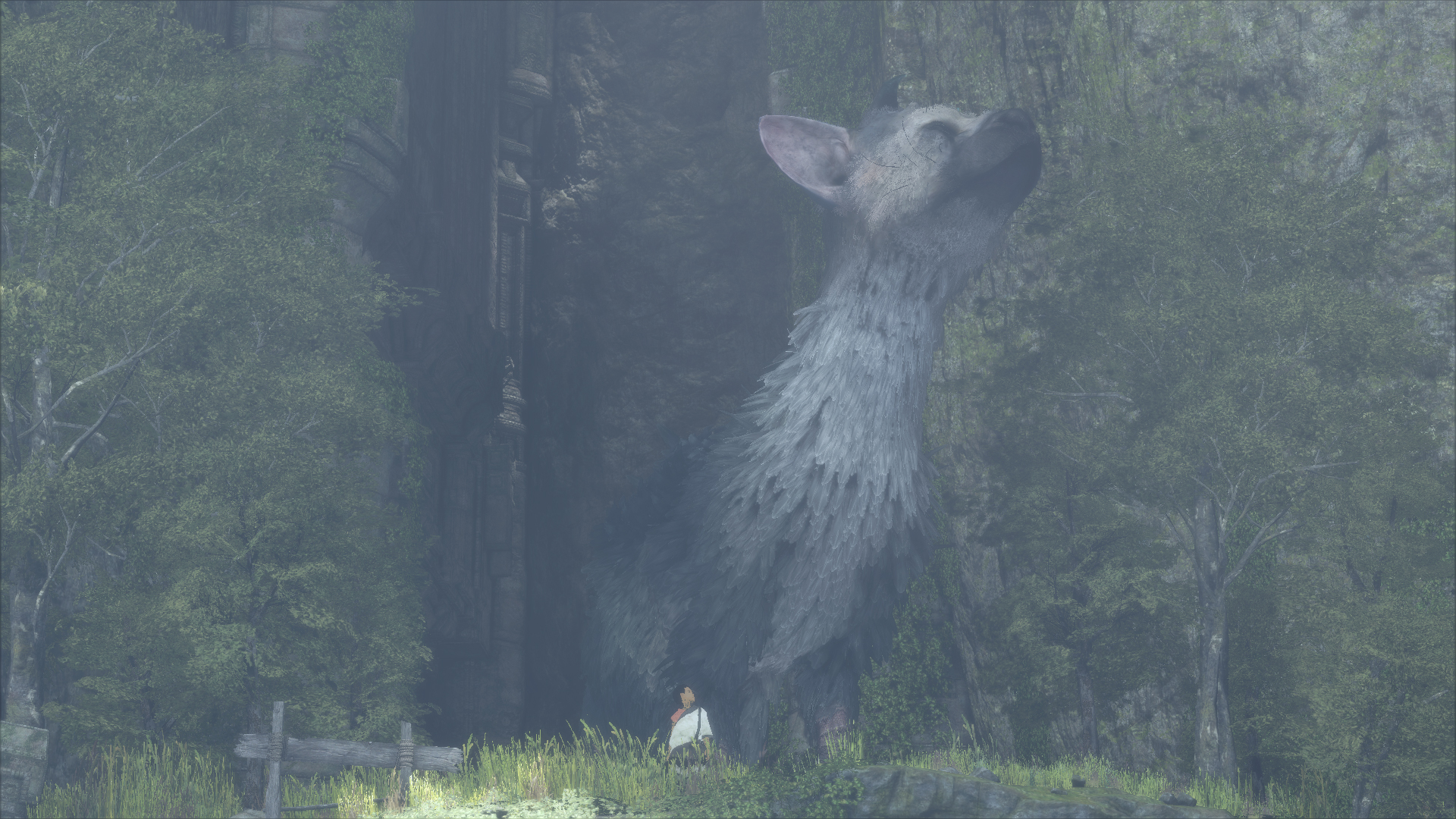 Very early in the game the focus is on you building an emotional bond with Trico, which paves the way for a working relationship which is the main means of navigating the puzzles you’ll be challenged with throughout. Trico becomes both pal and platform, a source of dependence but also dependable itself when you’re otherwise at a loss about how to navigate a particular environment (when in doubt, climb on top of Trico and it may just leap into the air to fly you to a new space to explore).

It’s a credit to Ueda that the game manages to create an emotional bond between the player and Trico so effectively from the start. The mechanic used to do this is fairly classic from a narrative perspective, dating back to ancient parables, but there’s a reason classics are classics. 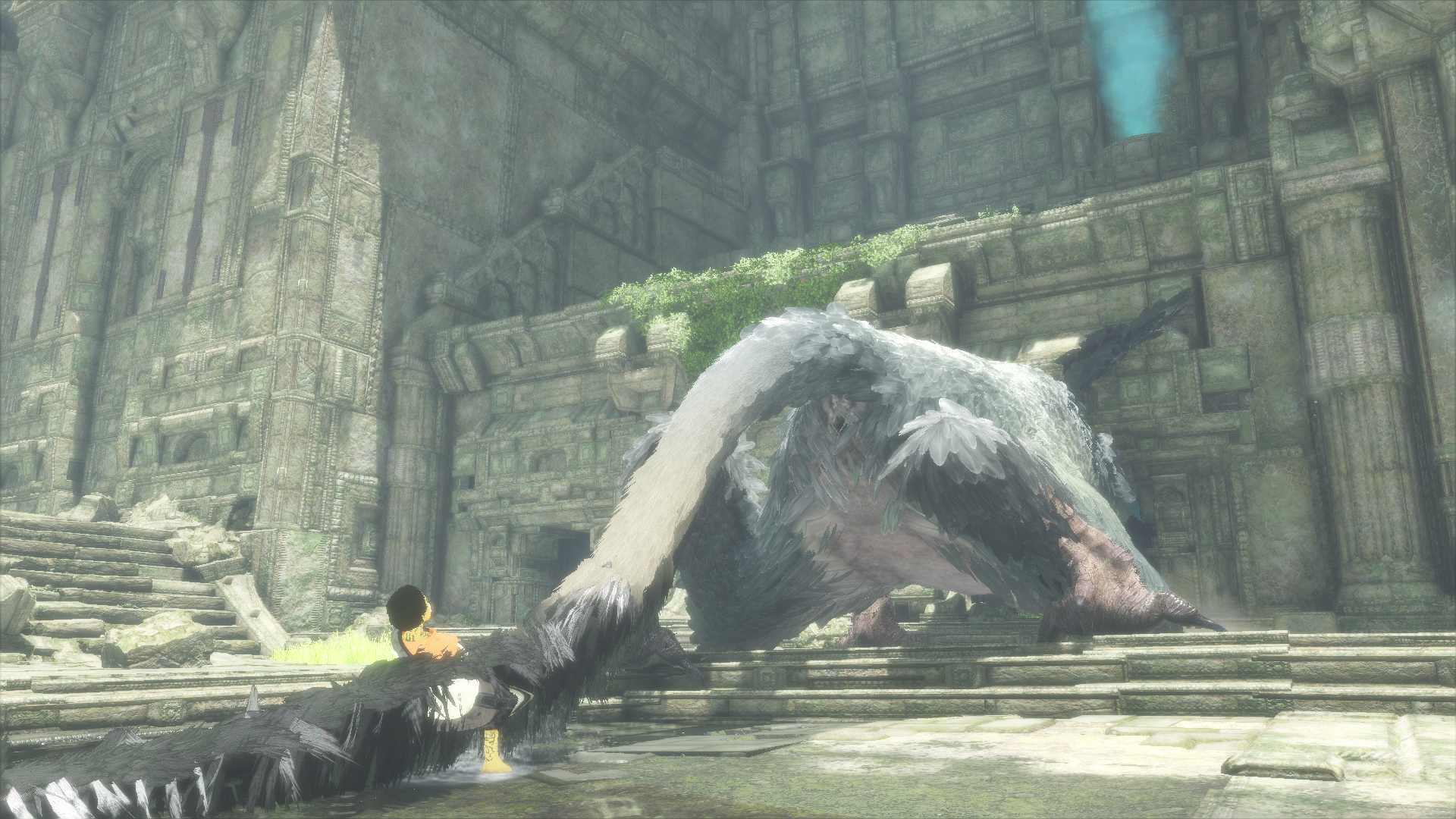 From the outset, the game also feels very exploratory. You’re basically doing it from the very start, with on-screen guidance about how to manipulate your surroundings and control your character, but not much beyond that. This, too, feels very much in line with Team Ico’s prior outings, and the sense of being left to your own devices likely will draw in fans of both previous games.

New players might be a bit more off-balance out of the gate; a lot of modern games tend to do more handholding and provide more direct guidance via minimaps, waypoints and clearly indicated points-of-interest. The Last Guardian, by contrast, is about wandering, testing boundaries and otherwise finding your way by feel.

Helping this is a kind of looseness of how you interact with your environment; a big part of the game is grabbing onto Trico’s fur/feathers, which is similar to how you scale Coloussi in Shadow of the Colossus. This feels particularly loose, emphasizing the rag doll collision physics of your character, and also showing how imperfectly you’re able to control Trico’s semi-independent movement by tugging on its fur in various places.

Likewise ‘solving’ the riddles represented by various environments. You basically progress through the game by moving from area to area, almost like navigating a series of escape room challenges, but with far more limited means of moving forward. Scaling heights and making your way over obstacles via environmental help, switches and Trico generally seem achievable in a narrow number of ways, but with some flexibility that comes through owing to the loose rules, which differ greatly from the accuracy required for something like fast-twitch first-person shooters. 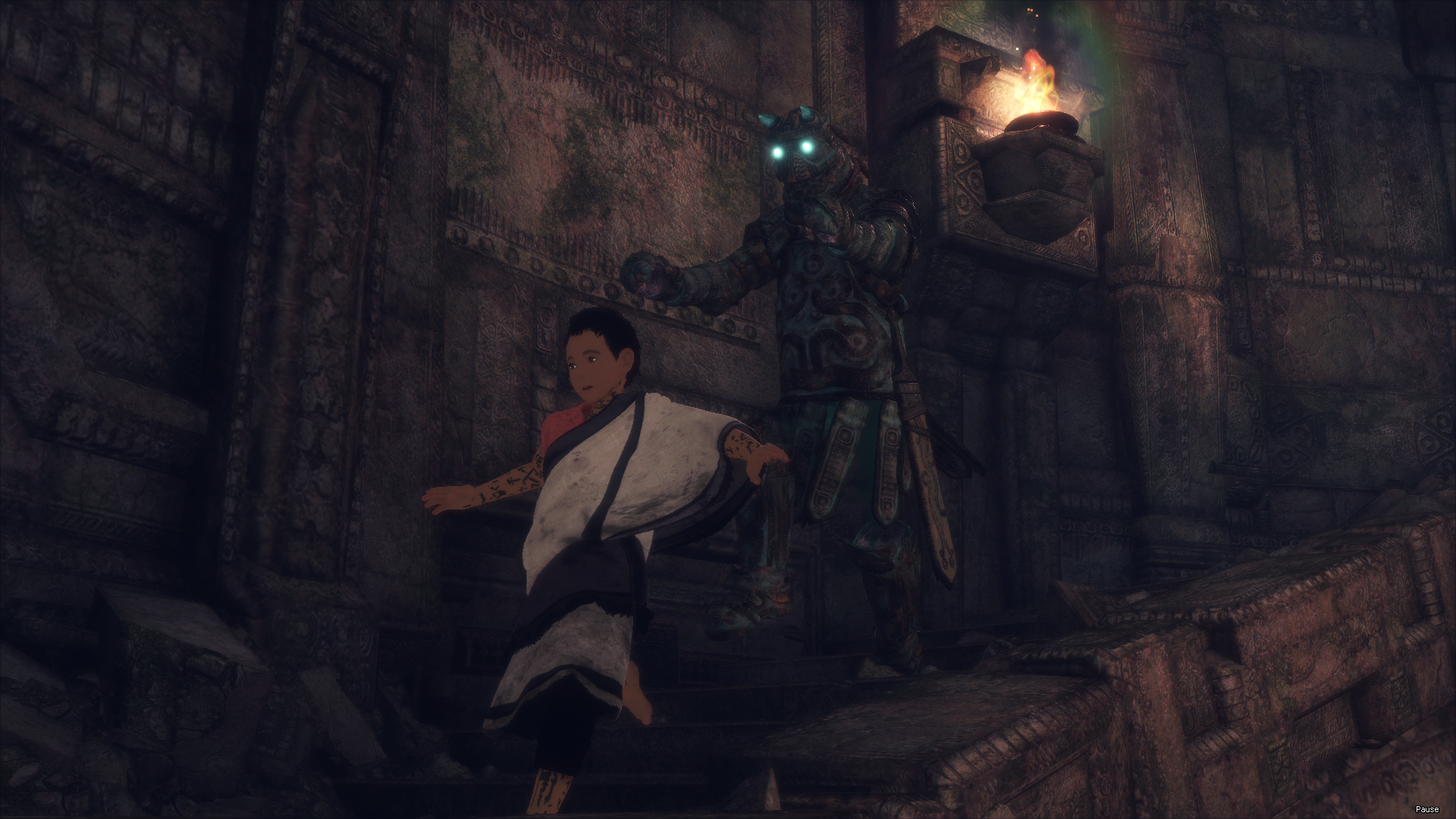 Some of this looseness of game play leads to frustration; more than a few times in my play time, I’ve had to re-do a challenging environmental puzzle because it’s hard to judge accurately how you can jump or what your character’s capabilities ultimately are. A lack of clear direction also makes certain rooms feel particularly frustrating; especially when you’re playing under a time crunch, there can be a sense that the frustration outweighs the fun on occasion.

But Ueda’s games always have some of that; they’re meant to be enjoyed while you have time to take in the environments, without anything necessarily feeling like it’s lighting a fire under you as the player. Occasionally fuzzy physics and environmental integration is part of the appeal – there’s a flexibility to it that makes replay and other elements the might otherwise seem receptive more engaging overall.

I haven’t yet completed Trico – it seems like the kind of game that takes more time than I had available to do so right now. But my first impressions are that this is a game that will be a nostalgic pleasure for Ueda fans, and a choice enjoyment for new players. It’s not without its rough edges, however, even after such a long time in development. But some games are actually made better by having a few warts, provided you’re looking for something outside the action/adventure or FPS mainstream.