E-commerce company Shopify is doubling down on its mobile product ambitions with today’s acquisition of digital product studio Tiny Hearts. The studio has released a number of mobile apps, games and bots over the past several years, including popular consumer-facing apps like Quick Fit, Next Keyboard, InstaMatch, and Wake Alarm. Prior to the deal, the team had also worked with Shopify and other bigger name clients, like Plantronics, Philips, Wealthsimple, Spinmaster-owned Sago Mini, Meridian Credit Union, the City of Toronto, and more.

At Shopify, Tiny Hearts helped to develop two of the company’s recent apps, Shopkey and Frenzy. The former, launched at the beginning of the year, is a third-party keyboard application for iOS that allows online merchants easy access to their product catalog for responding to customer inquires over SMS, iMessage, or any other mobile messaging app, like WhatsApp or Messenger, for example. 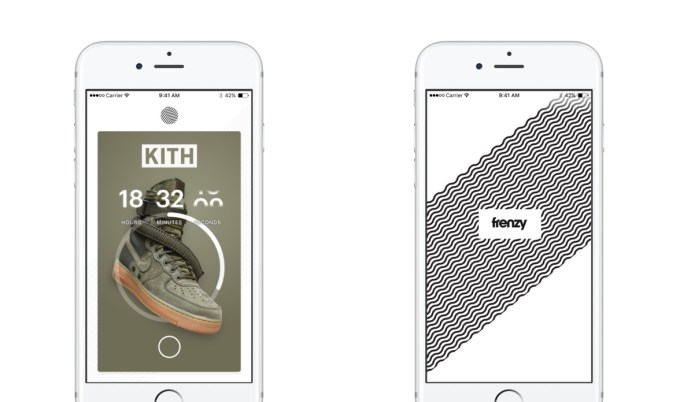 According to Tiny Hearts’ announcement, the studio’s six-person product team, including founder and CEO Robleh Jama, will join Shopify and working from the e-commerce company’s Toronto office, following the deal’s close. Conveniently, it won’t be a difficult relocation – Tiny Hearts is located just down the street from Shopify’s office.

But Tiny Hearts’ location and its work with Shopify aren’t the only connections between the two firms. As Jama explained in his blog post, he created his first app Pocket Zoo in 2009, but its revenue dipped in 2011, nearly killing his company. His online storefront, Busy Building Things, which was built on Shopify’s platform, ended up saving his business. Just as revenue was failing for his app, the store had a good week, bringing in over $6,000, he said.

Shopify was also a customer from his store, buying over $700 worth of merchandise for their Ottawa office.

Tiny Hearts additionally worked with Shopify on one of the company’s first experiments, a pop-up shop called Popify, before teaming with the company to develop the Shopkey and Frenzy apps.

The acquisition includes not only the addition of the mobile talent, but also Tiny Hearts’ suite of apps and Busy Building Things.

To date, Tiny Hearts’ apps have been download over 6 million times.

But despite its success in the mobile arena, Jama admits that having to fund product development by doing services work for other clients wasn’t how the team wanted to proceed.

“…just as we were starting to take on much more services work, we realized we didn’t want to go all-in on it. It was never our plan to purely build products for other people — that was just a way of funding our own products,” he said.

While some of the work, like with Wealthsimple, Blue Ant Media, and Shopify was great, Jama added, “these bright points couldn’t outshine the rest of the services work. This might sound dramatic, but I want to be real with you: it felt like we sold our souls,” Jama said.

Because of how well the team fit in with Shopify – something they got to experience first-hand by collaborating on projects – Jama said he knew that the acquisition would make sense. It would also allow them to return to product work, which is what they really wanted to do.

For Shopify, the addition means it has added quality mobile talent to its team, in order to continue to build out its own suite of applications.

“Tiny Hearts has a track record of shipping apps that people love and we’re excited to have them join our team,” said Satish Kanwar, Director of Product at Shopify, in a statement. “The team is not only bringing strong mobile talent to Shopify, but also their leadership and experience. They will help us unlock mobile as the best platform for growing Shopify.”

A portion of the Tiny Hearts apps will be kept live on the App Store following the acquisition, but the company didn’t specify which ones or when the others would be pulled.