Reddit will start issuing warnings, timeouts and permanent bans to its most abusive trolls, but will also limit the content manipulation capabilities of its own CEO after he apologized today for ethical violations that shook the trust of the online community.

Last week, Reddit CEO Steve Huffman, who goes by the handle Spez, secretly edited users’ comments in the pro-Trump subreddit r/the_donald from “fuck u/spez” to say fuck the moderators of that subreddit. Using his editing privileges as an engineer at the company, he was able to change the comments without leaving a trace, framing the trolls who insulted him as having insulted the leaders of their own sub-community. The move could be viewed as censorship, or simply a childish, gross abuse of his power.

Huffman soon callously commented that he was trying to unwind after trolls implicated him in a false pedophile conspiracy theory involving Hillary Clinton and a pizza parlor. But he stopped short of apologizing or providing details on how Reddit would prevent this in the future, opening questions about whether he should remain CEO.

.@Reddit needs to immediately issue an apology for CEO secretly tampering with users' comments, outline systems to prevent it in the future

Today, Huffman finally issued a formal apology for his “attempt to troll the trolls,” writing “I fucked up. I ruined Thanksgiving. I’m sorry. I won’t do it again,” and adding “I am sorry for compromising the trust you all have in Reddit.”

He went on to explain: “I honestly thought I might find some common ground with that community by meeting them on their level. It did not go as planned. I restored the original comments after less than an hour.” Huffman attributed his actions to his own history of instigation on the internet, writing, “I spent my formative years as a young troll on the Internet.”

Thankfully, he announced “we are updating our internal controls to prevent this sort of thing from happening in the future.” When asked how he could essentially assume control of users’ accounts in the first place, he wrote “admins (employees) can’t do this in general. It’s because I had access to everything as an engineer, which we are limiting going forward.”

This is critical to regaining the trust of the community, as the fear of staff members assuming control of users’ accounts and taking actions that could reflect on those users casts doubt on the validity of all content on the platform.

Years ago Facebook strengthened its own systems to prohibit employees from prying into users’ private content or messages after incidents early in the company’s history. Employees who break the rules there are fired. It seems Huffman will get a slap on the wrist here, which might not convince Reddit’s users that the company itself takes his misconduct seriously. We’ve reached out to Reddit for comment regarding whether Huffman will face any punishment.

Luckily, the incident has shed light on some of the more egregious harassment that occurs on Reddit. The company has in the past struggled with managing hate speech on its platform, as well as retaining employees who deal with it. 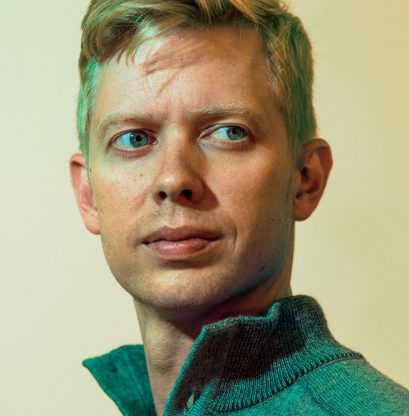 Former interim CEO Ellen Pao resigned after Reddit co-founder fired community manager Victoria Taylor, which led to moderators blacking out parts of Reddit as part of protests that saw users making racist and sexist comments toward her. After she left, Huffman announced new policies to hide indecent content and reiterated its bans on harassment. [Correction: Ohanian fired Taylor, not Pao as we originally published.]

Now Reddit will start more actively enforcing that ban from a top-down perspective. Huffman writes: “We have identified hundreds of the most toxic users and are taking action against them, ranging from warnings to timeouts to permanent bans.”

That’s a shift from allowing moderators to manage their own subreddits. “Historically, we have relied on our relationship with moderators to curb bad behaviors. While some of the moderators have been helpful, this has not been wholly effective,” Huffman explains.

“Sticky” posts from r/the_donald that are pinned to the top of the forum will no longer be allowed on the r/all page. Trolls had been misusing the feature that’s meant for general announcements to get more views and upvotes for their posts in order to catapult them onto r/all and troll the entire Reddit user base.

Users will also be able to filter r/all to prevent posts from any subreddit they choose from appearing on the unofficial aggregation page of Reddit’s top posts.

Troll troubles are here to stay

Reddit faces a challenging future in our increasingly polarized political landscape. What’s considered acceptable opinion has diverged. For a site that houses disparate communities that don’t get along, it must find ways to promote civility without unnecessary censorship, and give people space to share their opinions while fighting back when those opinions fester into harassment of other users or hate speech against specific demographics.

Trolls from r/the_donald continue to disrupt the site, harass moderators and make the whole community feel unsafe. But because it’s one of the most popular subreddits, it also earns significant ad revenue for the Conde Nast-owned service. Outright banning it could hurt Reddit financially, and incur allegations of liberal censorship of a far-right outpost. Yet if Reddit can’t control this incendiary community, the whole site risks becoming unvisitable by the mainstream. [Update: You can read more about Reddit’s struggle to tame r/the_donald in this well-reported Gizmodo piece.]

If Reddit swings too far toward totalitarian control, it may push away users who’ve relied on the forums as a home for free speech, contrarianism and niche beliefs. But if it can’t stop the trolls from blatantly abusing the rest of the community or projecting hate, it will have failed society and more mild-mannered users will move to cleaner pastures.

Executing this balance will require leadership that Reddit’s community can trust. Without any real repercussions for Huffman, users might see Reddit as complicit with his erroneous behavior.

By not mincing words and instead apologizing outright, Huffman has at least taken a step in the right direction. But to lead such an opinionated community, Reddit’s leader will need a strong moral compass and thick skin which Huffman has proven he lacks.