Zipline International Inc. has raised $25 million in a Series B funding round to expand its humanitarian delivery drone business in Rwanda, the U.S. and beyond.

The startup builds drones and runs delivery services, dropping crucial medical supplies to clinics or hospitals in areas that aren’t accessible by land.

Recently, TechCrunch visited Zipline’s headquarters in Half Moon Bay, California for a behind the scenes look at the company’s fixed-wing drones, launchers and unique landing rigs.

Rinaudo said, “We have instant delivery of dinner from companies like Doordash, or groceries from Instacart, so we thought we can do this for medical products.” 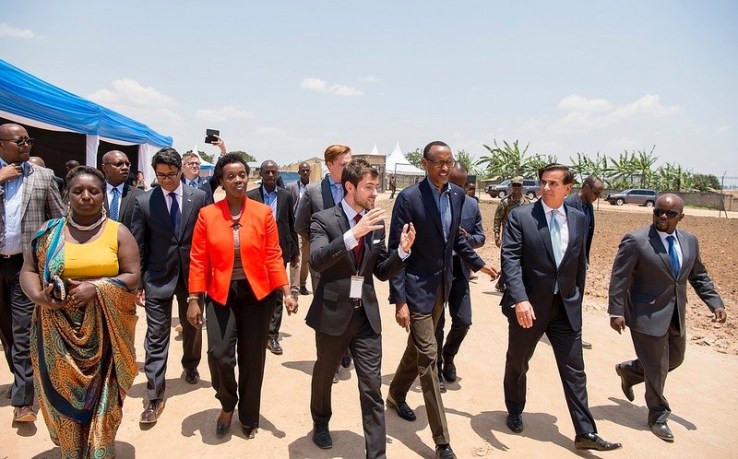 The Rwandan government will expand its Zipline service to reach all of the nation’s 11 million citizens in coming months, he said. Zipline will begin dropping off other medical products soon there, including anti-venoms, vaccines and rabies treatments (technically known as rabies post-exposure prophylaxis).

The funding will go towards hiring, technology development, and setting up Zipline aerial delivery systems in new markets perhaps Indonesia, Viet Nam and in the U.S., Rinaudo said.

Deliveries in the U.S. can only begin with the appropriate regulatory approvals or exemptions, the CEO noted.

Even though competing delivery drone makers like Flirtey or Matternet have demonstrated an ability to deliver things like food, or construction supplies as well as drug and other medical supplies with their “birds,” Zipline intends to focus on medical supplies only.

In the U.S., that could mean delivering blood or vaccines to rural areas that don’t have ready access to them. But it could also mean delivering an EpiPen on-demand to a suburban home where a kid is having an unexpected, life threatening allergic reaction.