TeamIndus, a private company located in Bangalore, India, is the one and only Indian entrant into the Google Lunar X-Prize, the international competition to land a private spacecraft on the moon.

For TeamIndus, there are a few, exciting things at stake. If they’re first in the competition, they’ll win $20 million and become the first private company to land on the moon. If they’re successful at all, they’ll achieve something their own government’s space agency has yet to accomplish: soft-landing on the moon.

The company had bit of a late start in the competition, joining three years after the Google Lunar X-Prize was announced. But today, TeamIndus employs over 100 people, was one of three teams to win X-Prize’s $1 million milestone award for lunar lander technology, and is on their way to raising upwards of $10 million.

These factors have helped secured TeamIndus’s spot as a lead contender in the contest, but they certainly have some ways to go. The company has yet to secure a launch contract, for example, which is something they’ll need to do soon if they want to meet the X-Prize’s deadline of landing on the moon by December 2017.

Their Mission to the Moon
Their mission plan involves launching a spacecraft on an Indian rocket into low Earth orbit. The spacecraft will complete two orbits around our planet before initiating a propulsive maneuver that will propel it toward the moon. An insertion burn will place the spacecraft into lunar orbit where it will travel around the moon three to four times before beginning the most complicated part of its mission: descent to the surface.

Once the spacecraft touches down, the TeamIndus rover will deploy from the parent spacecraft. To complete the X-Prize requirements, the lander will roll at least 500 meters along the surface and send high definition images and video of the moon back to Earth. 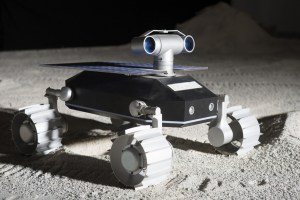 In addition to a rover, TeamIndus will bring a student science experiment, selected from more than 3,000 possible experiments submitted to their Lab2Moon competition, to the lunar surface.

When asked what the delay was in securing a launch, TeamIndus’ co-founder, 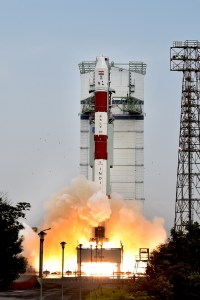 Rahul Narayan explained that their situation is a bit different than other X-Prize competitors. While other teams have signed launch contracts with private rocket companies, TeamIndus will be flying with a government owned and operated rocket.

Specifically, TeamIndus will ride on the Indian Space Research Organization’s PSLV rocket, a vehicle with a solid history of reliability. In June, PSLV completed its 35th consecutive successful mission.

By purchasing a ride on PSLV, TeamIndus is setting a precedent for doing business with the Indian government. Narayan noted that because this is a first-of-its-kind situation, it is taking a bit more time to sort everything out.

When asked if they would need permission from their government to go to the moon (as Moon Express recently did), Narayan explained that because PSLV is owned by the Indian government, a signed launch contract would inherently include their government’s permission.

Compared to the other rockets selected to bring the X-Prize teams to the moon, the PSLV is arguably the most reliable and may be a great advantage for TeamIndus. Space-IL, an Israeli team, has secured a launch on a SpaceX Falcon 9, which has had two mission failures in the past 18 months causing unavoidable schedule delays.  Moon Express has put their faith in Rocket Lab’s Electron rocket, a vehicle from a new New Zealand-based launch provider that has yet to fly.

If all else is equal, a team’s choice of rocket may determine who gets to the moon first.

Financing a Lunar Mission
Of course, for their choice of rocket to matter, TeamIndus must first be able to afford the ride. In accordance with the Google Lunar X-Prize requirements, which state that 90% of each team’s mission costs must be privately funded, TeamIndus cannot be “gifted” a ride to the moon from the Indian government.

ISRO, however, will help TeamIndus in other ways. Narayan told TechCrunch that TeamIndus will have access to ISRO’s vibration and acoustic test facilities in order to qualify their spacecraft for flight.

That will certainly save some money, but that type of assistance is on par with other X-prize competitors. All other expenses, including the cost of the rocket, ground operations, and technology development, will add up to about $70 million to $80 million, Narayan estimated.

To date, the company has publicly stated that they’ve raised about $3 million ($500,000 in seed funding, $1.5 million in Series A, $1 million from the X-PRIZE milestone award). But Narayan told TechCrunch that TeamIndus is closing another round soon that will bring their total up to between $10 and $15 million and plans to add more people to their 100-person team.

Putting those numbers in perspective, Moon Express, a Google Lunar X-PRIZE team from the U.S. has raised over $30 million and as of August only had about 25 employees. 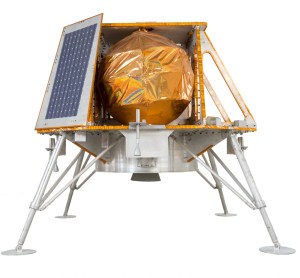 While employee salaries are only one piece of the overall budget, the average salary for engineers in India is significantly lower than engineering salaries in the United States, so a company like TeamIndus can afford to build a bigger team. Narayan stated that TeamIndus’ ability to hire more people was an asset in a competition as complex as the Google Lunar X-PRIZE.

While a team of that size is unique in this competition, we’ll have to wait and see if the ability to hire more engineers is truly an advantage.

What Happens When It’s All Over?
So what happens after the contest is over? Teams like Moon Express and Astrobotic, another U.S. based competitor, have stated their intent to sustain a lunar-based business after the prize has been won.

TeamIndus, however, has a different plan. Narayan said that while they don’t expect to continue with lunar-based missions after the contest, they do hope to maintain business in the space industry. He noted that TeamIndus has built up a capability for designing, prototyping, and analyzing space-grade technology that could be used to create a business building satellites.

But for now, their focus remains on the moon. Narayan, along with his 100 employees, are all working toward the goal of bringing an Indian to the moon for the first time, something that he spoke about with great pride.

When asked how it would feel if TeamIndus were to win the Google Lunar X-Prize, Narayan said “It would be the same feeling you’d have if your team won the Cricket World Cup.”