The LeEco Super Bike may be the perfect analogy for the company that created it. It’s a strange amalgamation that patches together a lot of disparate ideas in a less than elegant way. It’s clearly trying really hard and will no doubt alienate some people with its over-eagerness.

That last point was the first thing a rep mentioned to me before looking at the bike earlier today. It’s a strange thing to lead with, but it’s likely already proven a pretty big source of confusion among consumers, so might as well cut that confusion off at the pass, really. It does seem a strange piece of technology to omit from “the world’s first super bike.” 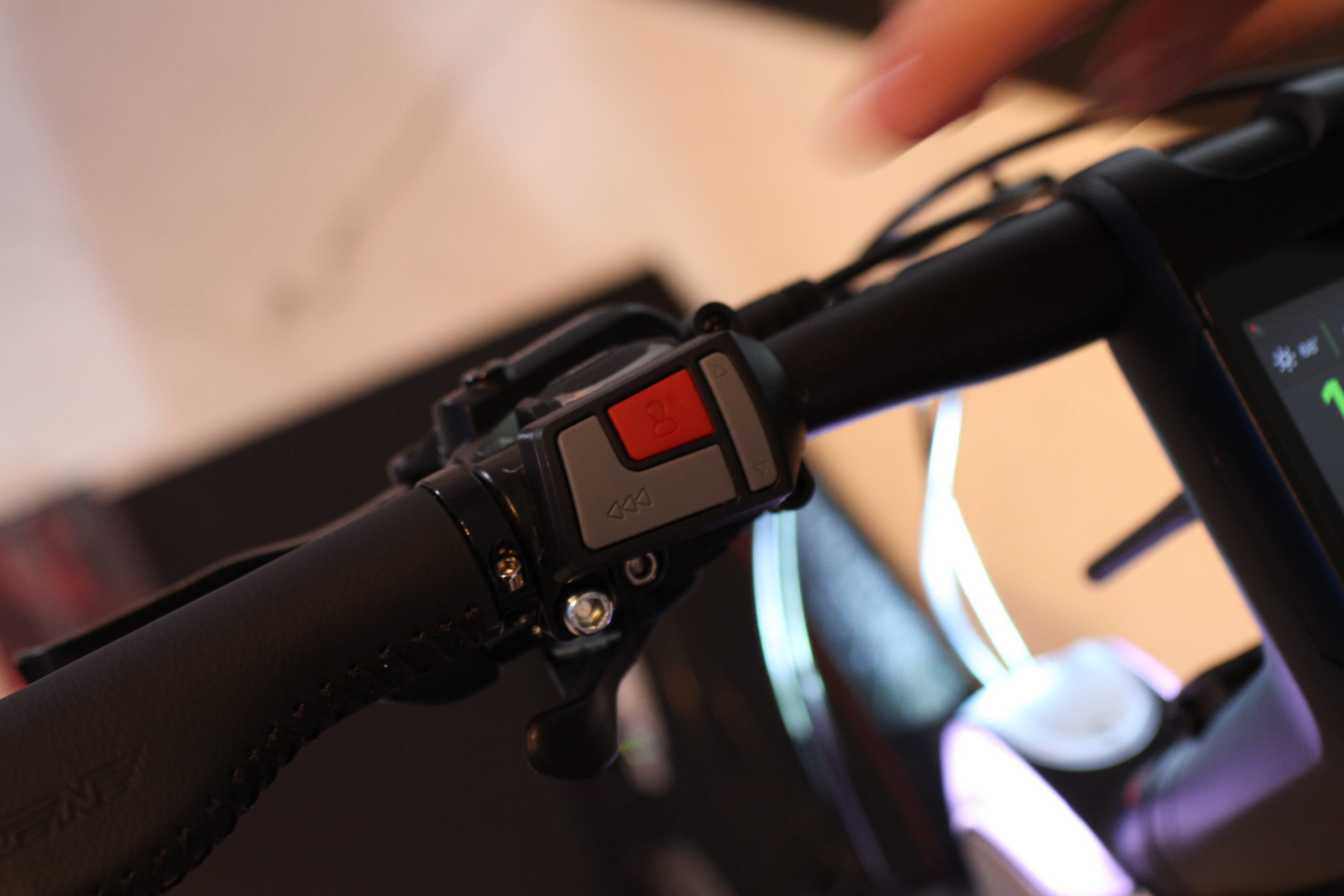 At first glance, it brings to mind the bicycle that caused Pee-wee such a headache in the mid-80s. The frame of the thing is a rounded triangle, reminiscent of the Starfleet insignia turned on its side. It gives the bike an added sense of aerodynamics, I suppose, but mostly it just looks weird. 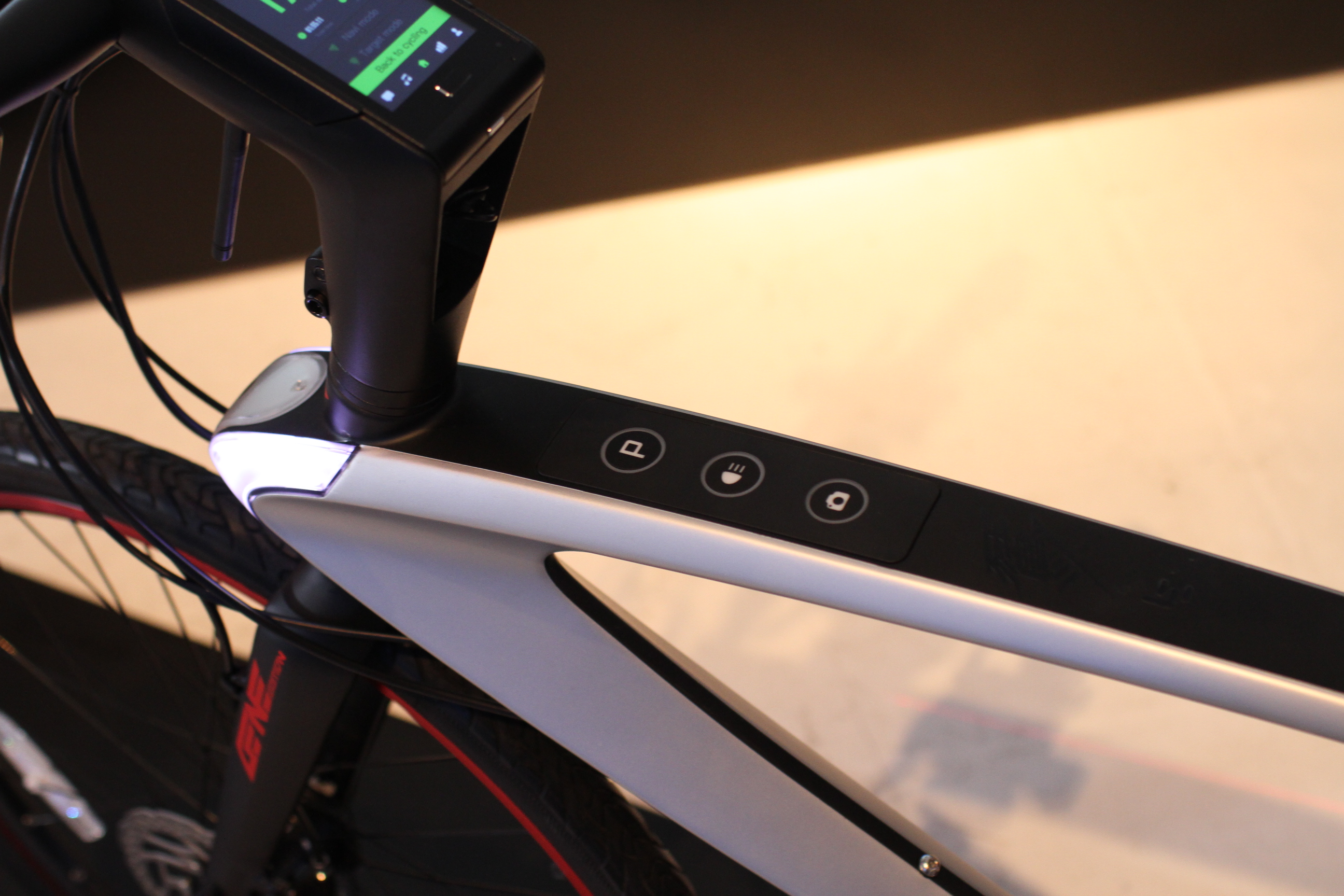 There are a trio of big buttons along the top bar; one controls the front-facing light, another snaps the back-wheel parking brake in place and a third takes shots via an optional front-facing camera, and is otherwise vestigial.

On the tail of the bike, above the rear wheel, are a pair of lasers that shoot red laser pointer-like lines out the side, creating a theoretical safety barrier to keep cars from getting too close. The lights were particularly effective in the lights of the exhibit space, but will presumably operate much better at night when they really matter. 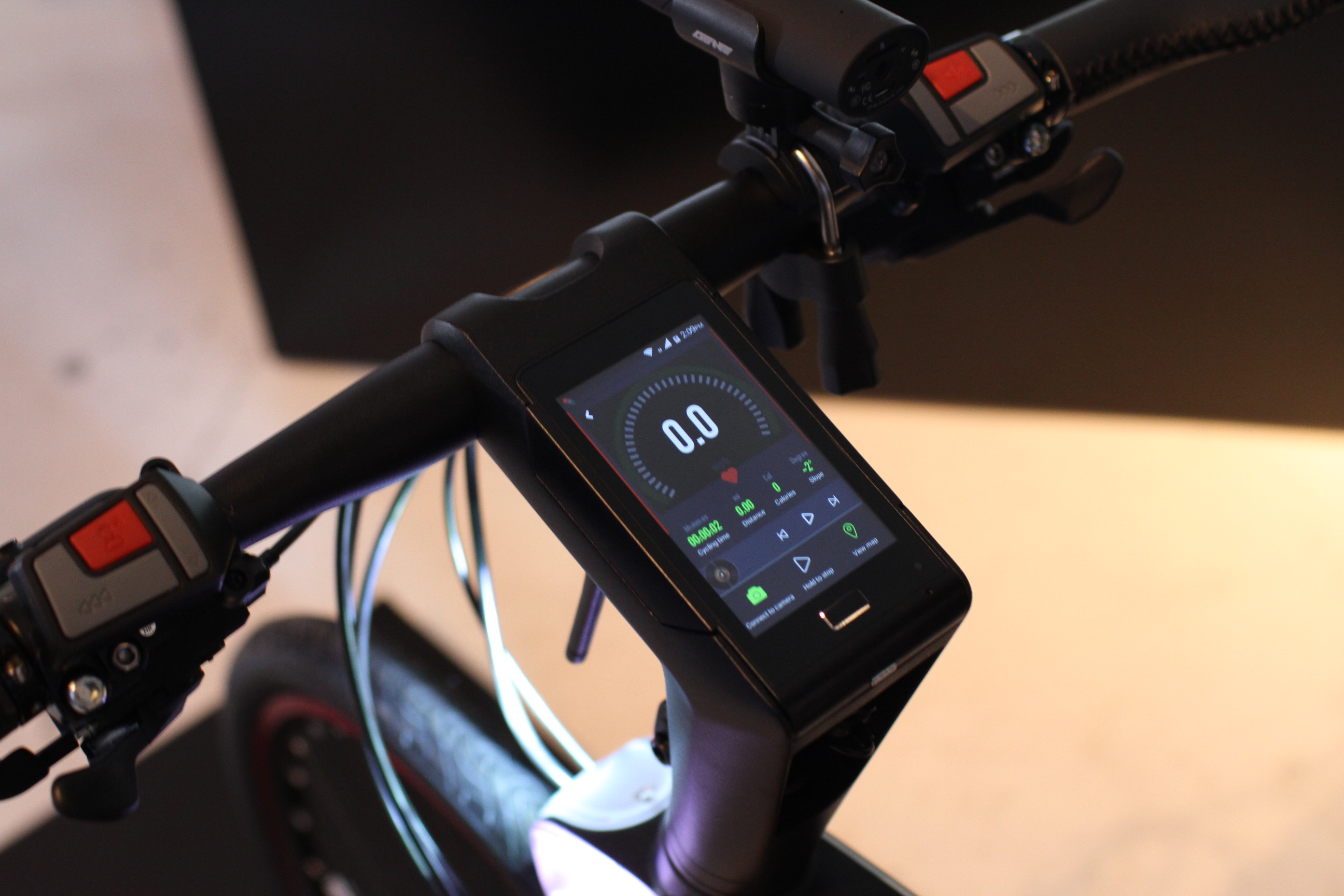 The focal point of the Super Bike’s superness is a four-inch touchscreen that sits up front, between the handlebars, running what the company has deemed “Bike OS” (for obvious reasons) atop Android. The display was actually fairly responsive, and there’s something to be said for built-in GPS, as someone who has gotten lost on his bike several times in the city can certainly attest.

Actually using the mapping functionality while riding is another issue entirely. A four-inch screen is still pretty small when you’re trying to find the next turn while cruising down the street. Pretty clear how that could ultimately be a recipe for disaster, even with all the laser lane markers in the world deployed. 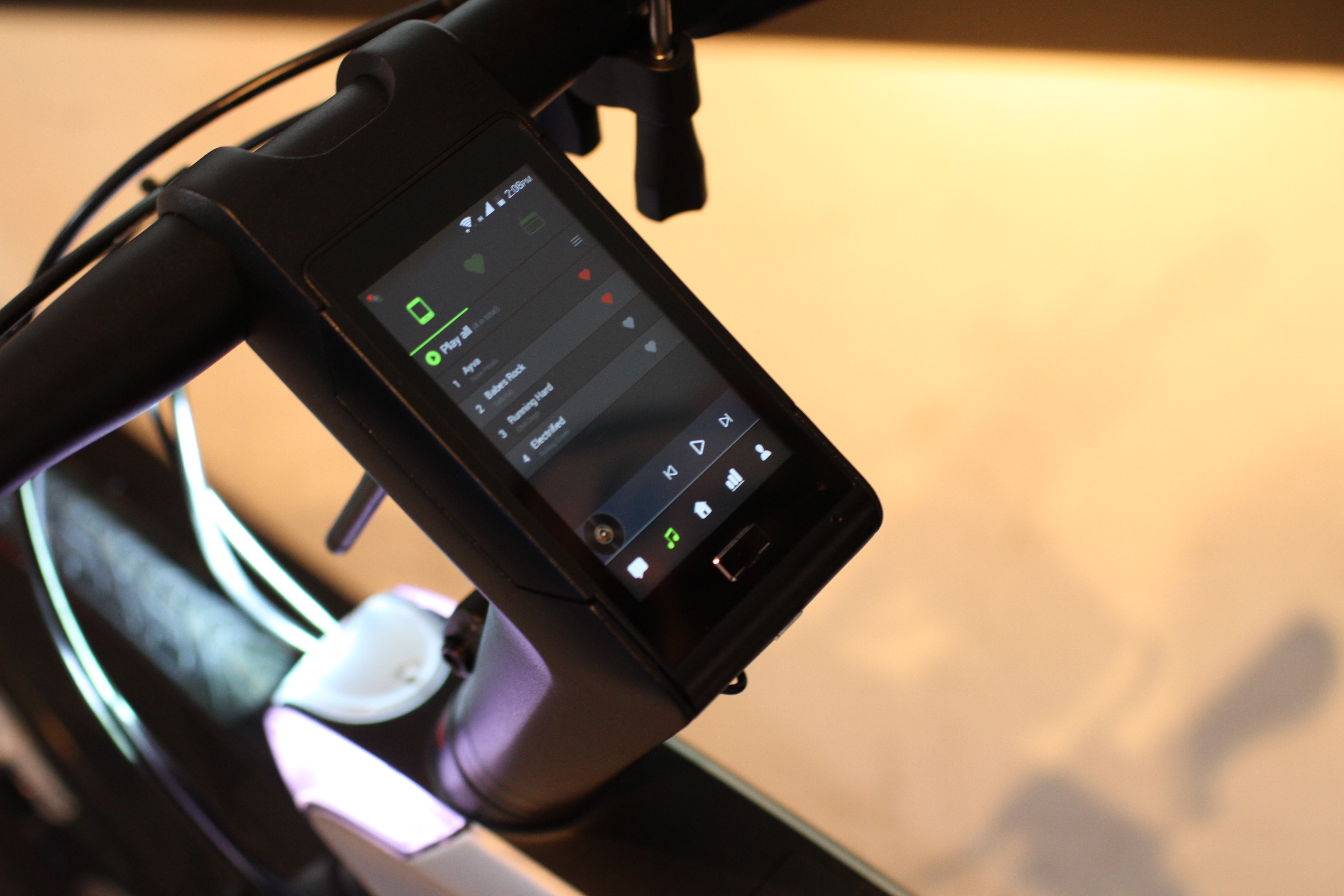 The display also can be used to do things like selecting music, played through a set of downward-facing on-board speakers.

As with most of the company’s non-smartphone/TV offerings, there’s no word yet on pricing or availability here in the States. Though the company assures us that the Super Bike will be available here in some form or other. It’s pretty clear the company mostly wanted to overwhelm its new American audience with all the different things it does in one lavish and bizarre press conference.

And really, the Super Bike is the perfect microcosm of that approach.