A “pottech” company called Wurk has raised $1 million in seed funding to help cannabis businesses such as dispensaries or growers comply with all the different regulations coming into play around the burgeoning legal cannabis industry.

The seed deal closed before various ballots issues were voted on today in the U.S., which could make the sale and use of marijuana legal for adults in a broad number of new markets.

Wurk CEO Keegan Peterson said his company’s software-as-a-service helps cannabis businesses do everything from background checks of potential new hires, to managing employees’ schedules, benefits and training, as well as making sure they get paid on time.

When HR tech, including platforms to manage employees, abound, why did the cannabis industry need to, er, roll its own?

“For one, banking in this industry is virtually impossible,” the CEO said.

Cannabis is still deemed a Schedule I controlled substance at the federal level, so large banks aren’t permitted to finance (most) cannabis companies.

Peterson also said, “Where it is legal for medical or recreational use, there’s a marijuana division in every state, a governing body that establishes the rules businesses have to comply with… So alongside all the regular Department of Labor rules, etc. etc., cannabis businesses have to do a whole different layer of reporting.” 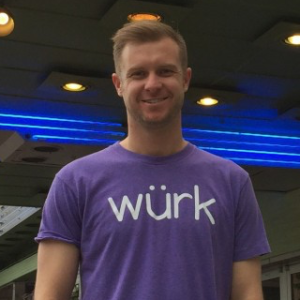 Wurk has developed relationships with local state banks or credit unions that are permitted to finance cannabis companies, and developed a network of these financial services firms to help cannabis companies handle all their payroll issues as they grow.

Investors in Wurk’s seed round include members of an investing organization called the Arcview Group, which is comprised of hundreds of high-net-worth individuals evaluating deals in the emerging legal cannabis industry. Other backers include CanopyBoulder, and Poseidon Asset Management.

Arcview Group CEO Troy Dayton said, “If Wurk can get the growing number of dispensaries and cultivation centers to unplug whatever they were hobbling together before to run their businesses, all you have to do is look at the industry growth curve and extrapolate. They will be able to build a business that is long-term sustainable and delivers great returns.”

Dayton also said not many companies are building tech to help cannabis companies handle operations. Most have focused on cultivation of cannabis, or sales, marketing and “front-end” concerns instead.

Peterson said his Denver-based startup will use its seed funding primarily for sales and marketing of its software-as-a-service. He also wants to participate in the national discussion about cannabis, connecting with regulators who may want to consider legalizing or expanding legal use of marijuana in their states, or even at the federal level, he said.

Prior to closing its seed round, Wurk graduated from Canopy, the cannabis industry’s specialized accelerator in Boulder, Colorado.