That social media post could disqualify your vote. Snap your #ImWithHer or #MAGA selfie without your ballot. It violates voting laws in many states to take a photo with your completed ballot, or even inside the polling place in some locations. 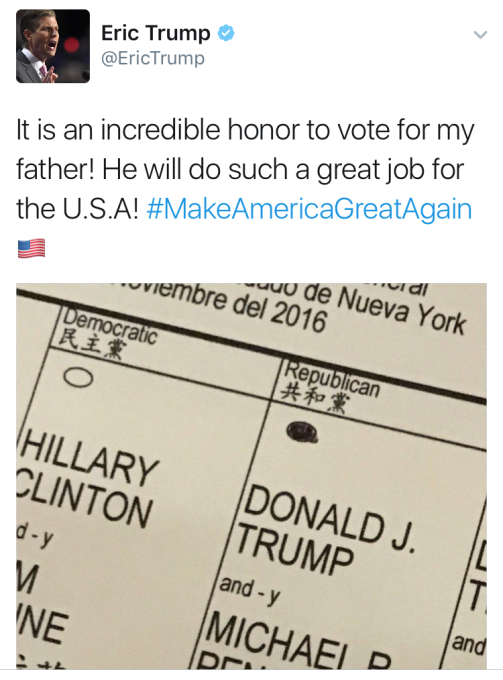 Breaking the voter secrecy laws can get you one to three years in prison or a fine depending on where you live, though they’re not always enforced. Ballot selfies could also invalidate your vote if someone made a big stink about it. In an election this close, it’s not worth risking it. Best to just photograph your “I voted” sticker or some other show of pride.

Basically, don’t do what Eric Trump just did. Despite it breaking New York law, he tweeted a photo of his vote for his dad. He later deleted it.

If you want to look up your state’s laws, the AP made this guide. Snapchat and the American Civil Liberties Union have filed briefs requesting the laws be repealed since they block a popular way to encourage voter turnout. But for now, try signing up to make calls reminding people to vote, go knock on doors, or help drive (or call Uber for) your neighbor to the polls if you want to lend a hand. 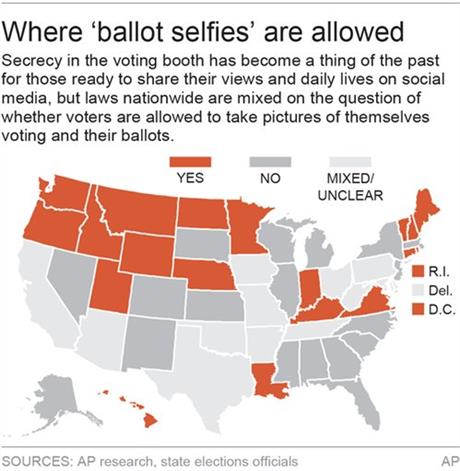