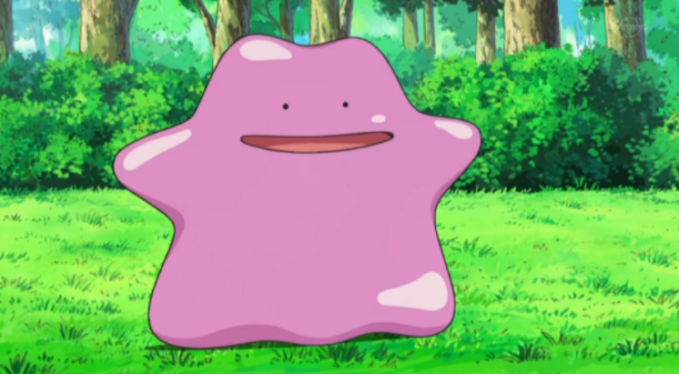 Within days of Pokémon GO’s launch, the fans made it clear: They wanted more Pokémon in the game.

Maybe they’d already caught everything around them. Maybe their favorite Pokémon just wasn’t in there yet. Either way, the players wanted more.

Good news! Newly added code for another batch of Pokémon — Generation 2*, as it’s known — has just been discovered within the game’s files. Oh, and it looks like Ditto might finally come into play!

Here’s what was found:

The new code was spotted by the fine folks on TheSilphRoad — a community of data-focused GO players working together to figure out where/why Pokémon spawn as they do. Their data helped tremendously when I was working on completing my Pokédex back in August.

So what does this mean? Importantly, it doesn’t mean that new Pokémon are available in the game right this second. Niantic is getting the ball rolling with this new code, but there’s still plenty of stuff that needs to be added before they’re done. None of these newly referenced Pokémon even seem to have combat moves attributed to them yet, so we’re still at least one game update away from seeing them in the wild.

But, as redditor kdpha points out, Niantic has recently been pretty quick to roll things out after new code appears; the buddy system, for example, was in the code for just a week before Niantic turned it on.

Then again, code references to Ditto (and features like trading) have been in the game since Day 1 — and they’re still nowhere to be found. Alas!

Whenever Niantic does roll out this new batch, it’s worth noting that it’s a temporary fix to the game’s larger challenge of keeping people interested.

The rollout of Gen 2 will bring many players back — but within a few days, they’ll be asking about Gen 3, and… well, there are only so many generations to add. Niantic’s mission right now should be figuring out how to keep the game fresh without needing to constantly churn out generation after generation. But how? Shiny variants of existing Pokémon? Group quests (yes please)?

That’s a tough one to crack. On the upside, Niantic certainly seems to be picking up some momentum — in the last two weeks alone, they’ve hosted a nationwide Halloween event, introduced daily play bonuses and finally started rolling out its new Pokémon tracking system outside of San Francisco.

* Wondering what the heck all of this “Generation” stuff is?

While the Pokémon universe at large has well over 700 Pokémon in all, just 145 have shown up in Pokémon GO so far — all from the series’ first batch, or “Generation 1.”

Even a handful of the 151 Pokémon in Generation 1 — Ditto, Mew, Mewtwo and the three “Legendary” birds — haven’t officially shown up so far. Some players reportedly managed to get their hands on them through hacks or mistakes, but Niantic later took them away.