Taking a model that’s worked well in Africa, CaribShopper launched earlier this year with a service that lets shoppers across the island nations of the Caribbean shop online at U.S. stores and buy items in their local currency.

In recent months the company has made their ties with similar African-targeted businesses more explicit, partnering with the African company Mall For Africa, in what’s intended to become a loose affiliation of similar-minded stores called Mall for the World.

For CaribShopper founder Kadion Preston, the notion of partnering with MallforAfrica.com founder Chris Folayan on the startup simply made sense.

There was no need to reinvent the wheel, and the two companies shared so much DNA, that looking at merging the back-end systems together was a natural fit.

For Folayan, CaribShopper was proof that the MallforAfrica.com concept could work for a number of emerging markets.

Folayan is licensing his know-how and business model to Preston’s CaribShopper in a deal whose financial terms were undisclosed. 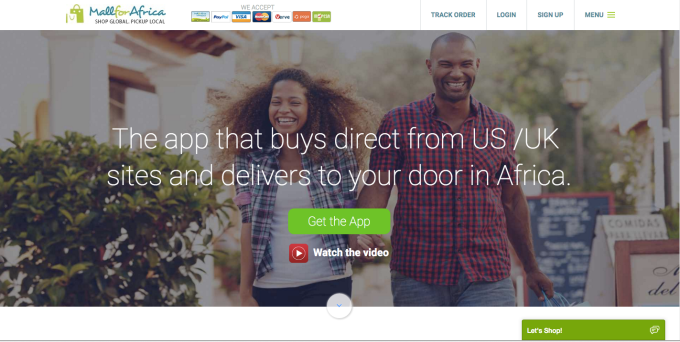 But, the relationship, and Folayan’s expanding vision, follow on the heels of some notable successes for his flagship e-commerce site.

Earlier this year, MallforAfrica.com inked a partnership with eBay that saw the U.S. e-commerce giant trying to make its first inroads into sub-Saharan Africa.

As TechCrunch contributor Jake Bright reported at the time:

Chris Folayan founded the site in 2011 after studying and working in the U.S. The idea came from a common request to Africans living abroad that highlighted a gap between supply and demand for the continent’s consumer markets. “Every time I went back to Nigeria, friends and friends of friends kept giving me lists of American goods to bring back, a lot of it brand named products,” explained Chris. “The lists and payments grew beyond anything I could manage. We saw demand and definite market need and created an online portal to meet it.”

That demand is actually global. There are dozens of countries around the world that don’t have access to American websites — because U.S. merchants think that opening up their stores to these countries would expose the sites to fraudsters (potentially costing the U.S. merchants millions).

Sites like MallForAfrica.com enable middle class shoppers in emerging markets to have online access to U.S. products that in many cases they otherwise would simply not be able to get.