Silicon Valley’s most talkative investor will bring his enterprise experience and connections to the makers of UberConference. Office cloud communications startup Dialpad today announced that Marc Andreessen is joining its board of directors. “The company’s hit its stride” Andreessen tells TechCrunch. He calls DialPad “A complete cloud, mobile business telephone system that makes all the old desk phones and PBX systems just obsolete and unnecessary.”

Marc’s fund Andreessen Horowitz led Dialpad’s $15 million Series B back in 2012 and he became an advisor, while one of the firm’s board partners, Slingbox founder Blake Krikorian, joined the board. About six months ago Andreessen planned to eventually switch into the board seat with Krikorian becoming an advisor. But Krikorian tragically passed away in August, so Andreessen waited to announce assuming the board seat until now. 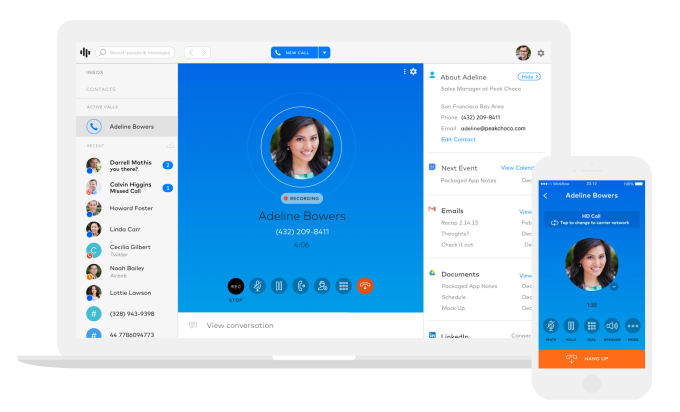 Andreessen’s background founding and running enterprise web hosting service Loudcloud during the dot-com bust could give Dialpad an advantage. The startup now has 25,000 customers including Uber, Motorola Solutions, Netflix, and Hillary Clinton for its products. Those include Dialpad, which lets businesses replace legacy desk phone systems with calls routed to employees’ own mobile phones, and UberConference, which simplifies conference calling. 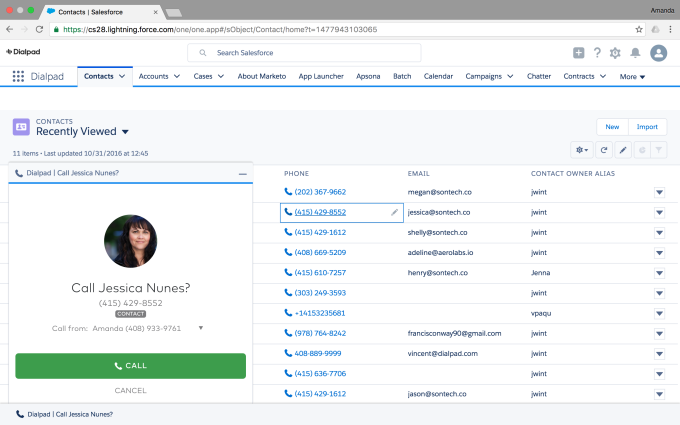 CEO Craig Walker described his excitement about Andreessen — “One of the smartest guys in the industry or even the world” — joining Dialpad’s board. “Being able to open any door, giving really good guidance, and having lived the experience personally gives us a lot of leverage” he explains. Andreessen notes that “The thing with enterprise is some things change a lot, and some thing don’t change at all. It’s important to know what’s what.” Dialpad will have to battle a crowd of telephony competitors as well as the status quo.

Already, Walker says Andreessen “really helped me to focus on the higher end of the market. As a CEO, you sometimes get drawn to every shiny object.” But Andreessen advised that the age of mobile has finally matured to the point that for large companies, “it’s time to ditch all the old stuff”, and Dialpad can win lucrative enterprise contracts rather than chasing small businesses.

It’s a pivotal moment for enterprise communications, when a skilled sales organization can convince customers to abandon their legacy investment in desk phones and accept a new product that doesn’t compromise with the past. That means not only persuading someone to buy software, but teaching them to integrate it while defeating the champions for the alternative within their company.

“When you pull that off, that’s why you get the big win. You’re the new generation and you end up taking over everything” Andreessen concludes. Clearly he sees that opportunity in Dialpad.