The Apple Watch Nike+ is loud in every way a watch can be loud. It’s got a brightly colored perforated neon band, matched perfectly by a custom face that tries to motivate wearers with quick Nike-esque slogans like “Are We Running Today?”

The Apple Watch Nike+ begs to be noticed. The moment I popped it on and entered society, eyes were immediately drawn to the bright yellow circles adorning the watchband. Though, to be fair, I wasn’t wearing exercise attire on the way home from work. 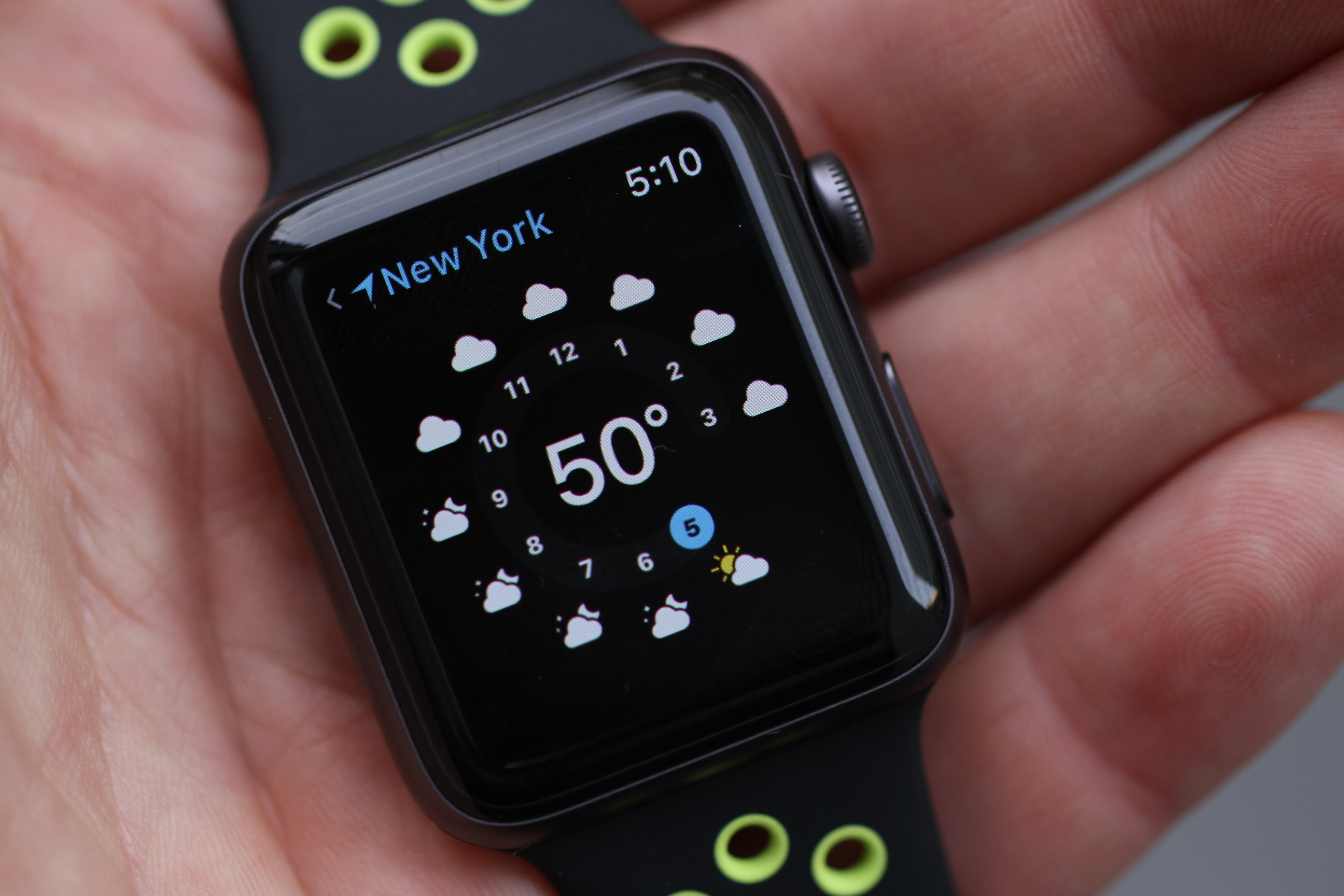 The Apple Watch Nike+ is not subtle. Nor is it designed to be. That’s the job of the standard Apple Watch, to blend in to every day life, to be there when you need it. This latest collaboration between the two corporate giants, released on the 10th anniversary of the original Nike+ team up, is designed, above all, to motivate, like an excited personal trainer in a brightly colored jumpsuit tapping you on the shoulder and asking you if you’re planning to get off your lazy butt.

It’s not for everyone, as the companies will probably be the first to admit. Instead, the product is targeted at two key demographics – regular runners and aspirational ones, which, granted, is a reasonably large group of people, all together. 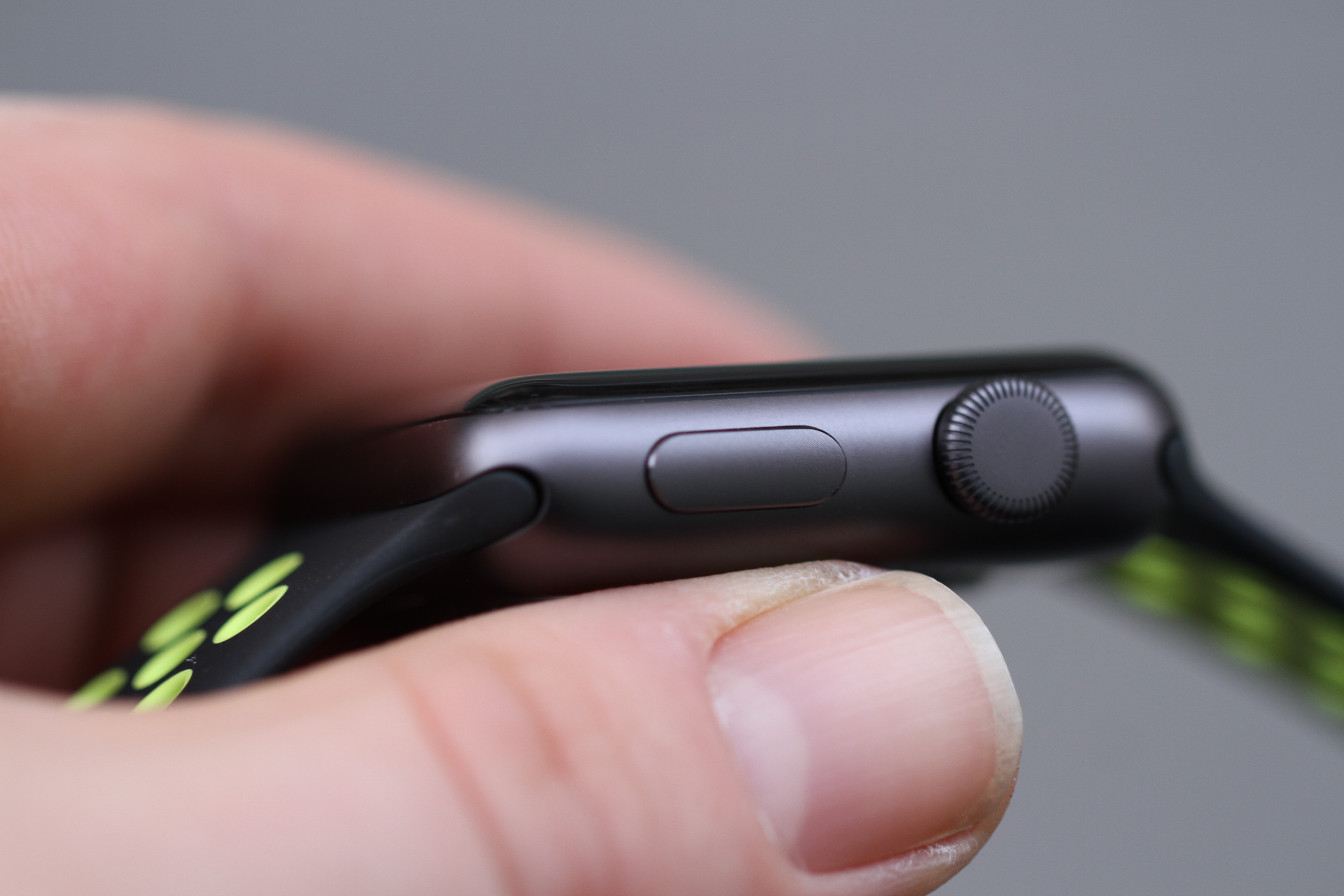 What’s perhaps most interesting about Apple Watch Nike+ is that, at its heart, it’s just a regular, old Apple Watch. Those bright, perforated bands are removable by pressing a button on the back of the watch and sliding them out, sideways (not to mention the fact that there are more muted options than the yellow version I got). And if you buy the standard version of the Watch, you can always download and install the Nike app – though you’ll be missing the company’s custom faces with integrated Nike swoosh and some shortcuts.

Really, motivation is at the heart of the Nike model, from activity reminders right down to the band design, which, among other things, is a bit like tying a string around your finger, or, for that matter, wearing a FitBit. When you look down, there it is, a constant reminder that you really ought to be working out more. 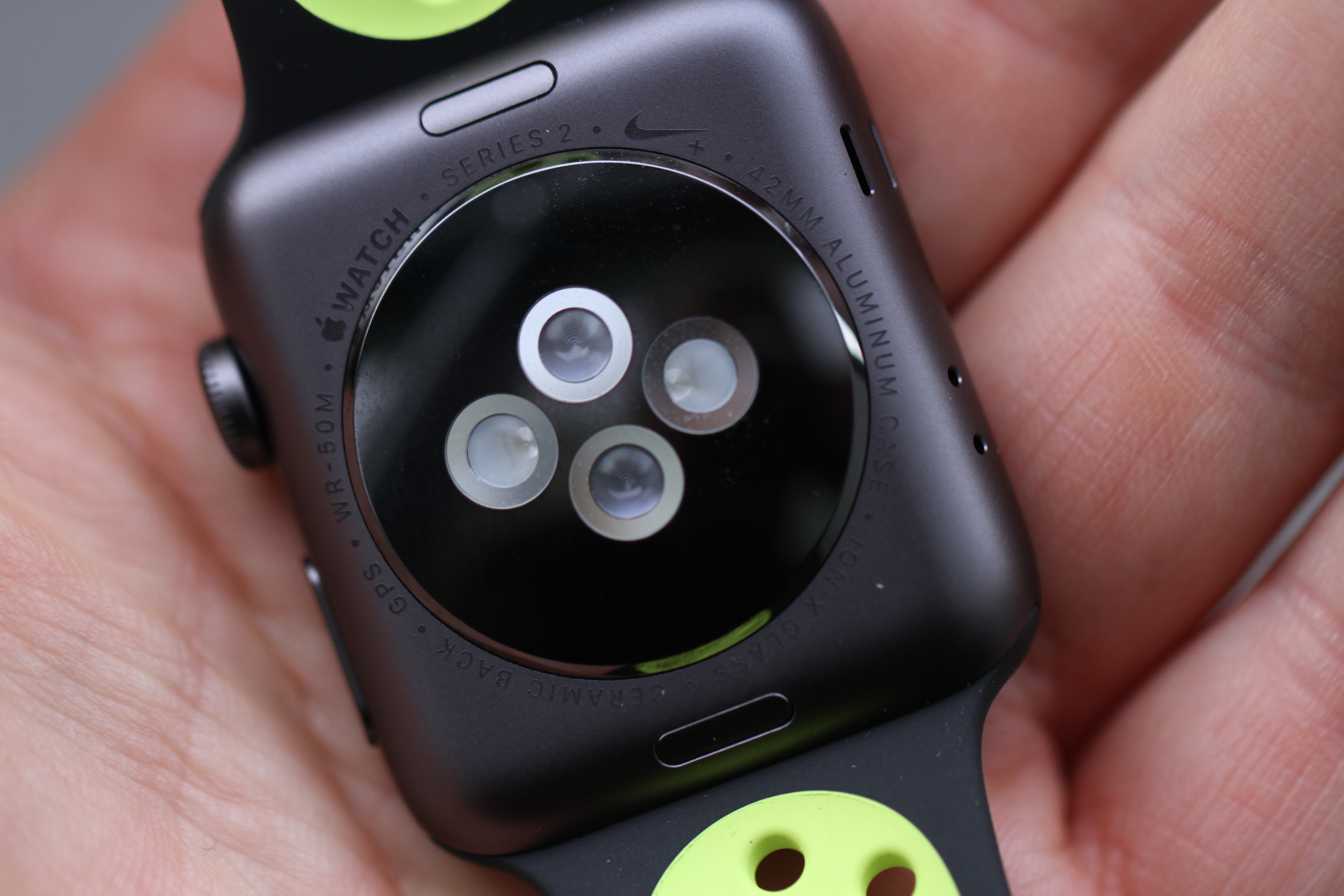 The band is a rubbery silicone, peppered with small holes that alternate in rows of one and three in a sort of lattice-structure. The flip side of the band is another color entirely, which bleeds through the edges of the holes. In the case of the yellow, it offers up a sort of bumblebee effect. It’s a look that works well when dressed for the gym, but I would likely buy another strap or two for my non-workout time.

The watch comes with two strap sizes – the smaller actually fit better, which says a bit about the larger, given the fact that I’m 5’11″, and imagine my wrists are likely larger than average (listen, I don’t claim to be a wrist expert here, people). The band is designed to offer a snug and secure fit, threading one end through a hole in the other and pushing the knob through a center hole. It took me a bit to get it right with one hand, but once it’s on, it’s not going anywhere. It’s comfortable, soft and, naturally, sweatproof. 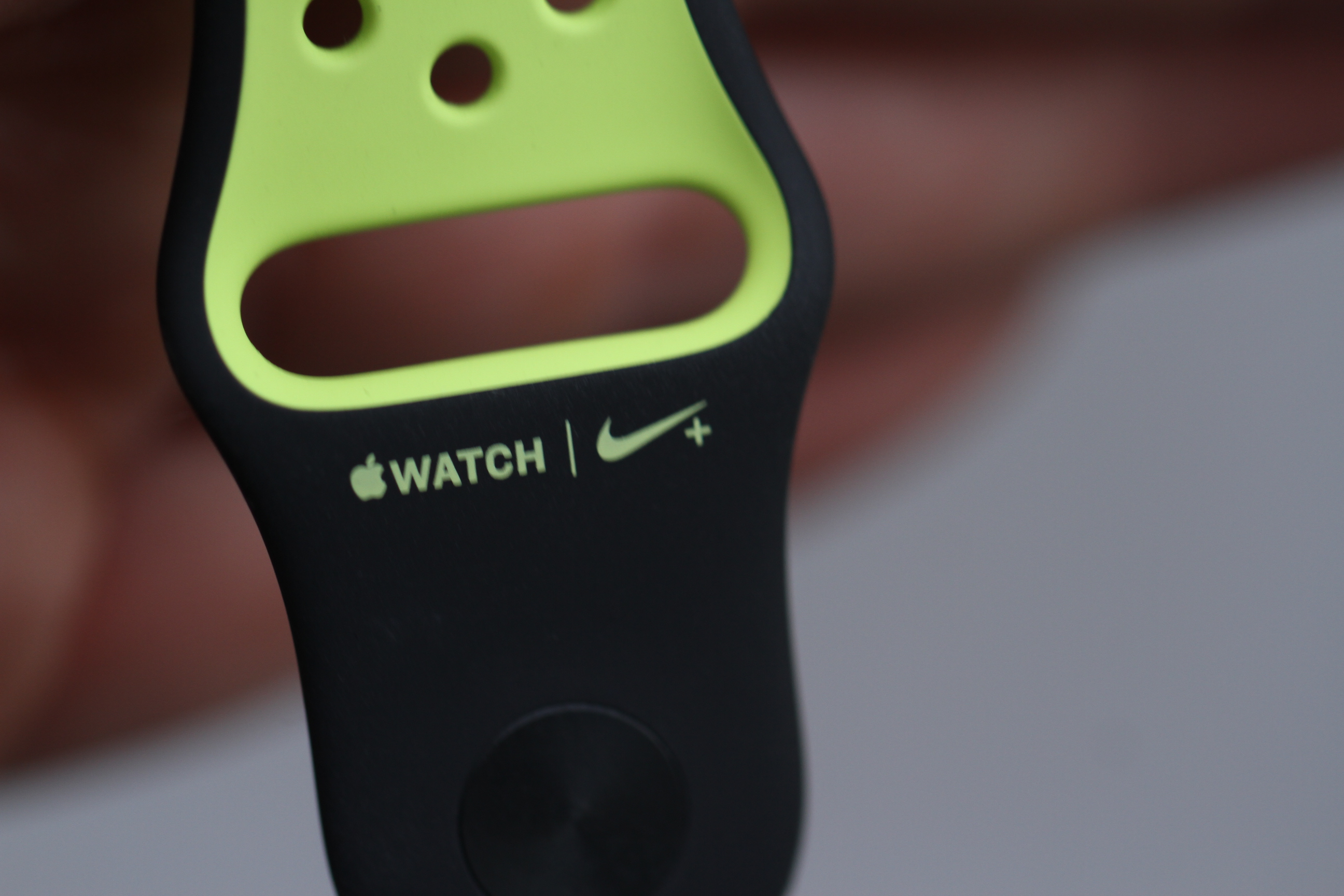 Nike’s additions to the watch are focused firmly on running. I asked a rep why the company opted not to go all in on workouts (especially given the new Watch’s sim-friendly features including the water ejecting speaker), and he explained that Nike wanted to focus on doing one thing well. And indeed, running functionality is built into pretty much every aspect of the device.

The default face features the time as two, big, bright numbers, and features a total of three links to fitness tracking content – a lot for such a small bit of real estate One brings you to the standard Apple Watch activity tracker, while the Nike swoosh logo and small text on the bottom of the display showing off the distance of your last run brings you to the Nike+ Run Club app. 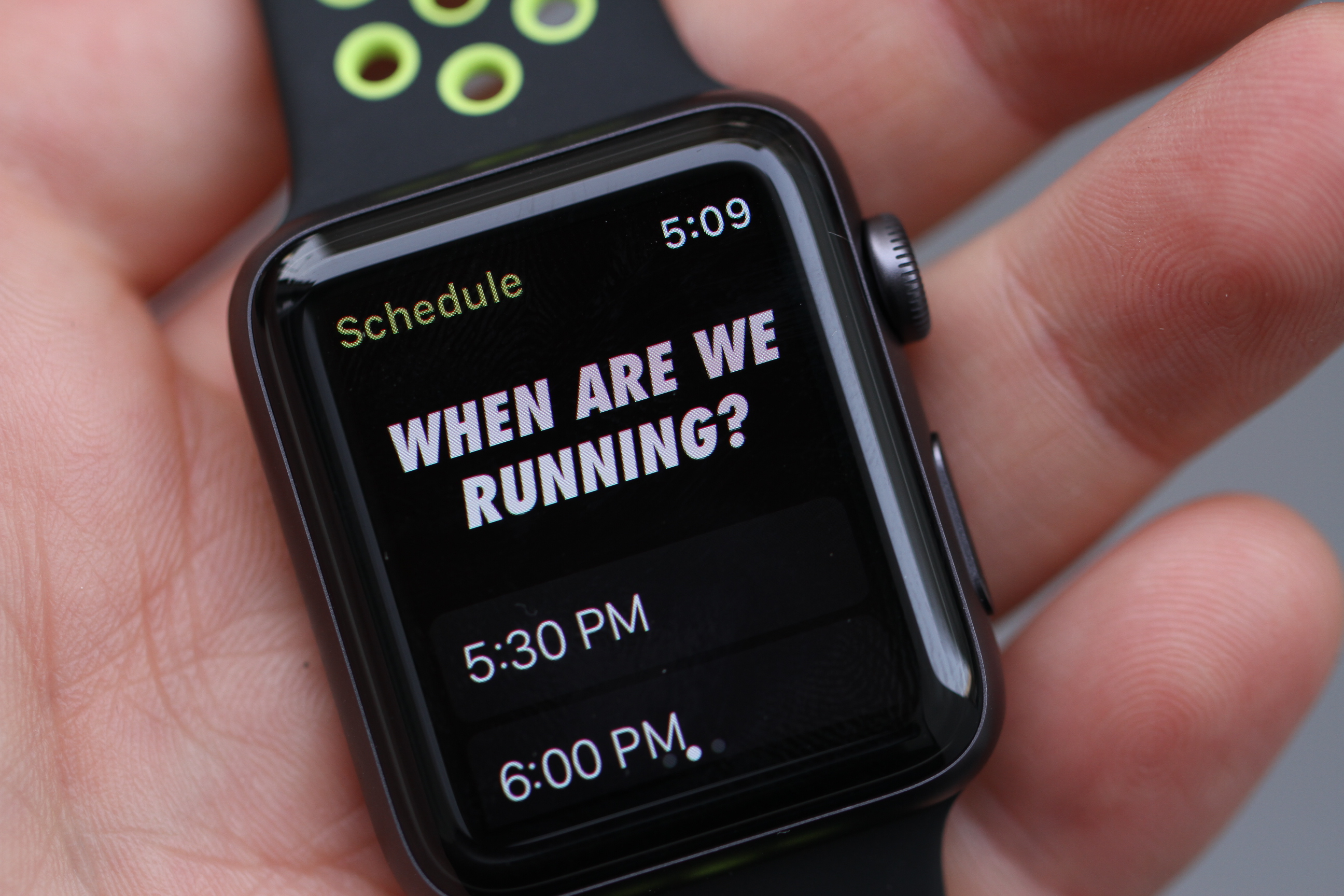 Unlike the auto-triggering of other devoted activity trackers, you’ll need to start the run tracking on the watch. The app also asks that you specify certain details for tracking purposes, like whether you’re doing the run indoors or outdoors, so it knows whether to use GPS or just step count to measure the distance. If you want to just match the distance of the last run, click the giant Start button.

Swipe down and you can set run parameters by distance, speed and time. Swipe right and you get the “When are we running?” screen, which lets you schedule a future run by half hour – each of which also features a handy weather icon and temperature listing, so you know what you’re getting yourself into. Weather plays a key role in the app (as it does in the life of runners in general), including motivational slogans. “Don’t let a couple of drops drop you,” the app teased the other day when it was raining. Swipe right one more time, and you can check your metrics, including the number of runs completed and the total miles. 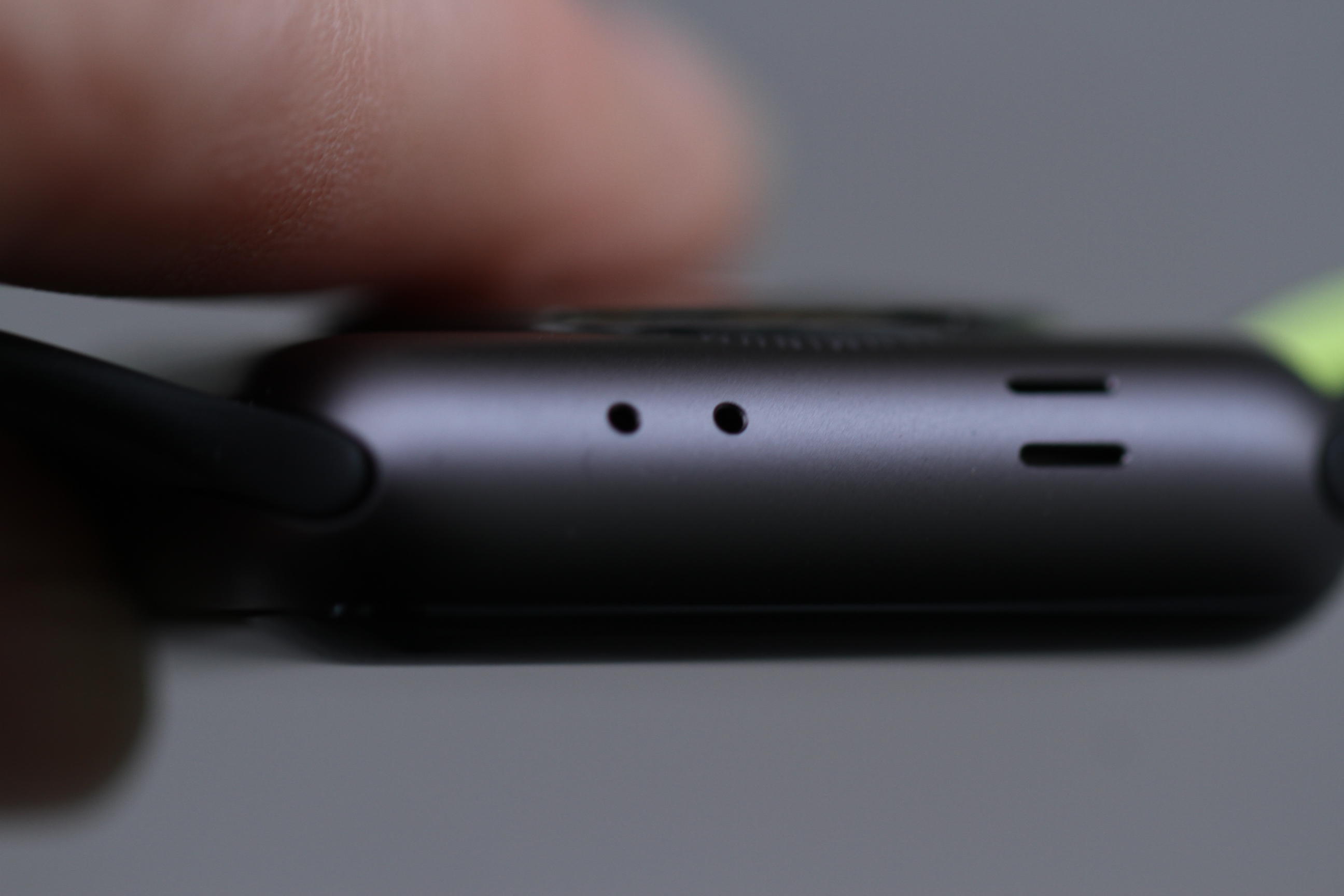 Of course, there’s a bunch more to see and do in the full app. The most notable bit is probably the Club tab, where you can connect with and compete against people virtually and in person. The app incorporates those leaderboards into the watch interface, offering you an extra bit of motivation by showing you how much further you have to run to catch up with the next person on the list.

The time was clearly right for Apple and Nike to resurrect their partnership for this latest device. The Watch Series 2 is a generally more-well rounded fitness device, helped along by the addition of features like on-board GPS, which mean you can sync up your Bluetooth headphones and go for a long run without having to bring along the phone. 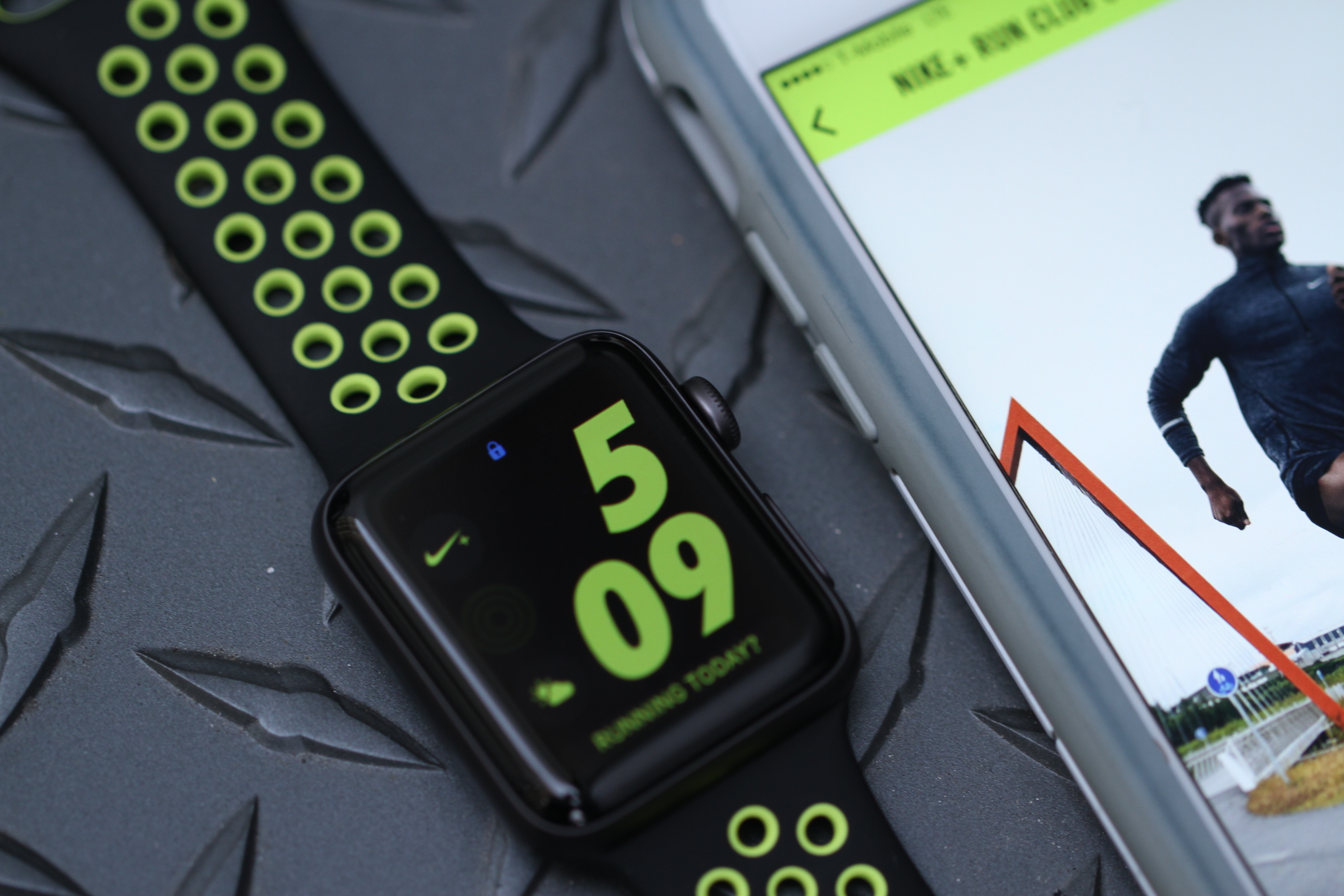 The bright screen is particularly easy to read when coupled with Nike’s customary giant neon font. And all of that is backed by your standard Apple Watch features, at the same price as a standard version of the watch ($369 for the 38mm version and $399 for 42mm). So, while you’re not really getting all that much you can’t just load onto the device yourself, you’re also not paying extra for what you get.

As such, the decision comes down to how much you love running and how you feel about those bands. Both of which, understandably, aren’t for everyone.