We knew Microsoft was launching a new Surface device at today’s big Windows 10 event. And we had caught wind that the newest entry in the company’s in-house hybrid would be an all-in-one of some sort – something along the lines of a Windows version of the iMac. What we didn’t see coming, however, was how strong a creative play the software giant would be offering up this round.

Of course, the heart of the whole play (along with the event) is the latest version of Windows 10, dropping next spring. From a hardware perspective, however, Surface Studio just may transform the way casual users look at Microsoft hardware from a creative standpoint.

On the face of it, the Surface Studio isn’t the best looking all-in-one we’ve seen around (though it is, without question, impressively thin). As with other products in the Surface line, the design team was clearly focused on function over form. Of course, from the front, the thing is pretty much all screen, with a proportionally small black bezel on all sides. 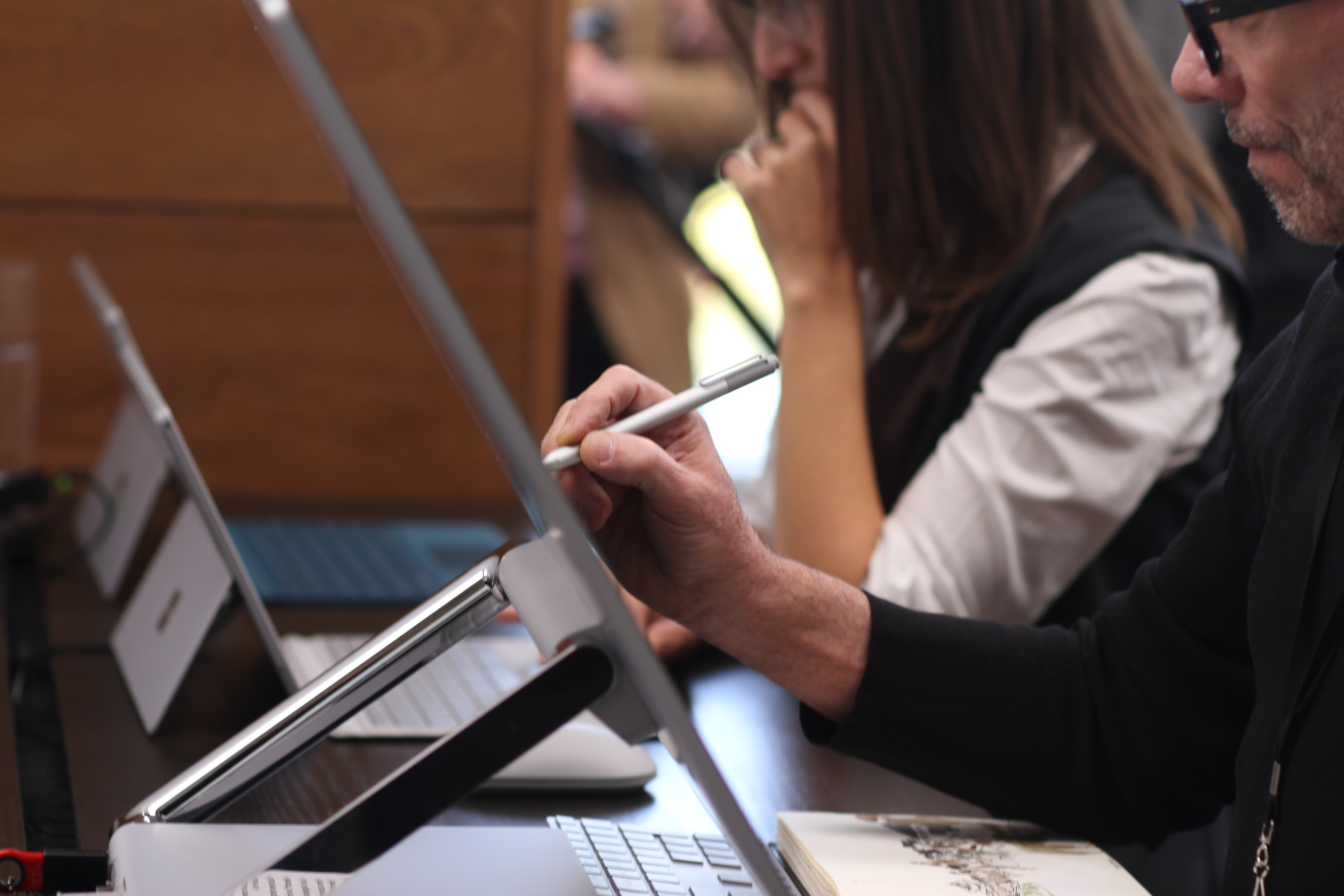 I’ll admit that the first time I spotted the rear on-stage, I wasn’t particularly taken with the design language. The thing is big – huge, even, tasked with supporting that massive 28-inch PixelSense display. It’s big and it’s metal, but aesthetic beauty isn’t really the point – the system does its job admirably.

The company referred to it as zero weight – meaning you don’t feel the heft of the massive screen when you move it. And indeed, the display pivots with little effort. And if you have the wireless keyboard sitting below the screen, flush with the CPU stand, it will lower to the level of the desktop without coming into contact with the keys. From the looks of it, the system is full of all sorts of thoughtful touches along those lines.

The positioning really does open the system up to a slew of different creation scenarios that have been hard to address with more traditional all-in-one and even tablet form factors.

Microsoft flew a bunch of creative and engineers in to sing the device’s praises, and we had the opportunity to speak with a group that helps design jet engines. While the Studio is too new for them to have done any actual work on, they seemed suitably impressed by the whole affair, taking us through various highly detailed cross sections on an extremely vibrant display. 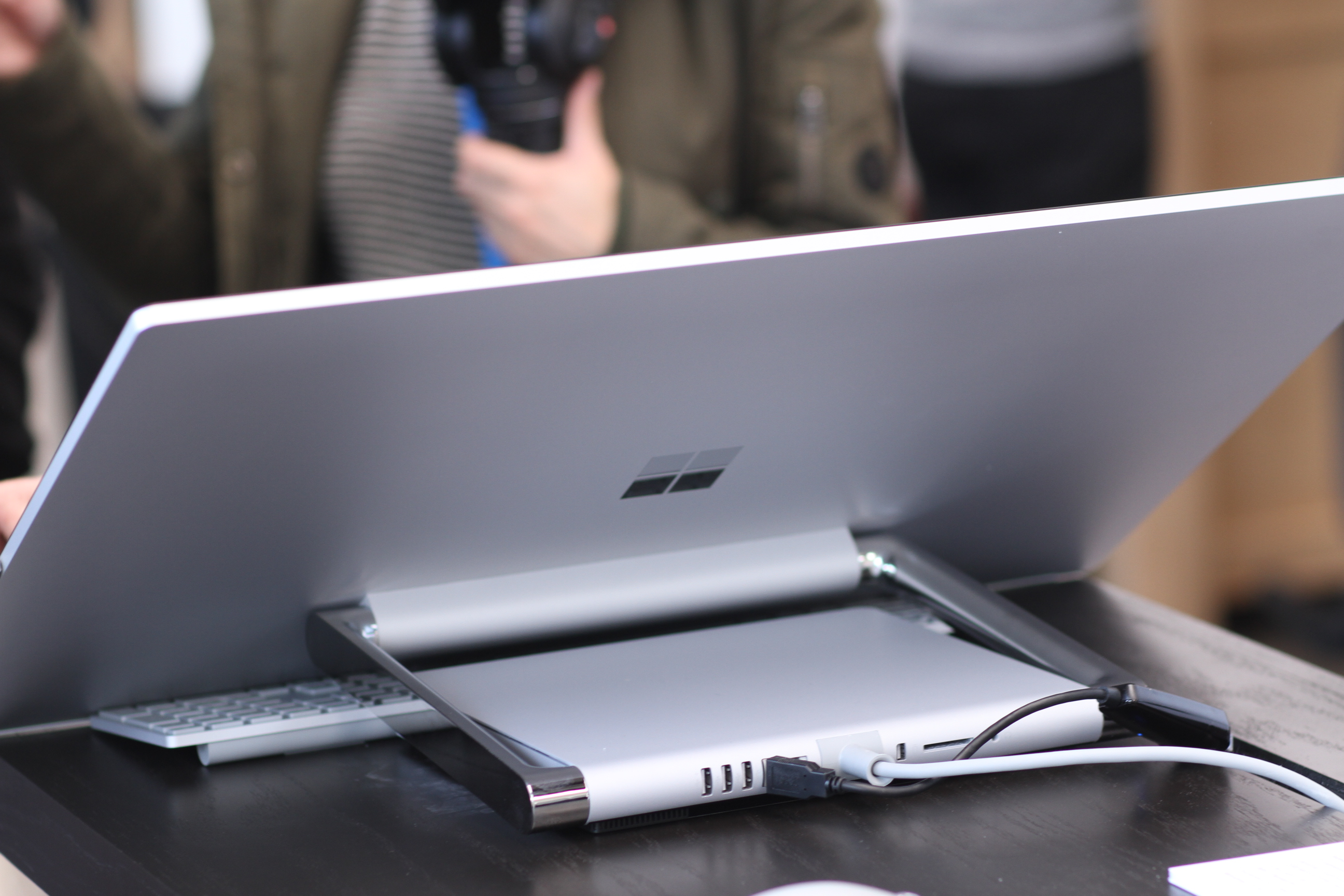 On a whole, the system behaved admirably with the complex models, though touch response slowed pretty close to a crawl when we drilled in super close on one of the engine’s cross sections. Disappointing given the high end specs on the machine (core i7 and up to 32GB of RAM), but perhaps understandable for an extremely complex model.

All in all, it’s an impressive machine – and, in the right hands, could go a ways toward getting across the point the software giant has been attempting to convince the computer buying public of for some time now: that it is a creative company, after all.