Today, Eyefluence announced that it has been acquired by Google. The eye-tracking interface startup founded in 2013 had raised $21.6M in funding from investors including Intel Capital, Jazz Venture Partners, Motorola Solutions Venture Capital and NHN Investment. Terms of the deal were not disclosed.

Today, we are excited to announce that the Eyefluence team is joining Google!  With our forces combined, we will continue to advance eye-interaction technology to expand human potential and empathy on an even larger scale.  We look forward to the life-changing innovations we’ll create together! 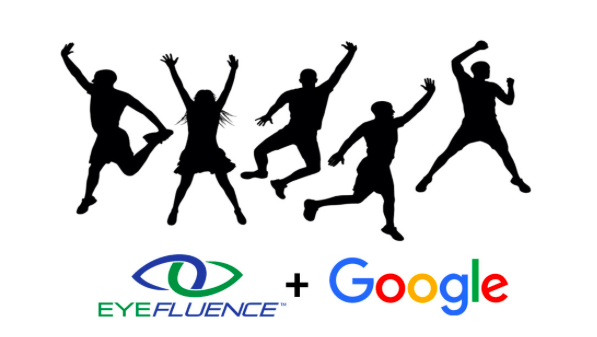 As Google launches its Daydream virtual reality platform next month with its Daydream View headset, there is already attention being directed to its next-gen headset efforts.

Eye-tracking is a very important technology to future virtual reality headsets. Other companies in the space like SMI and Tobii have devoted efforts to using the eye as a method of signaling attention in interfaces but Eyefluence has devoted itself fully to using eye gesture cues for navigating menus and making selections.

Eyefluence enable users wearing head-mounted virtual reality or augmented glasses to use their eyes as a mouse and making selections only with their eye movements. Eye-tracking has other more technical use cases like foveated rendering which allows high-density displays to selectively choose areas of the screen to display images at lower-resolution based on where you’re focus actually is on the display.

Other companies in this space include Fove, which is beginning pre-orders for its VR headset with eye-tracking sensors early next month.

This acquisition is really not a huge surprise for most who had seen Eyefluence’s impressive technology up close. I chatted with Eyefluence CEO Jim Marrgraff about his thoughts on the future of human-computer interaction at Disrupt SF last month and he had some bold ideas.