Things were pretty bleak for tech companies this week as the Samsung Galaxy Note 7 was officially recalled and Yahoo’s securities woes reportedly drove Verizon to request a $1 billion discount on its pending acquisition. Here are the top stories from around the tech universe to get you up to speed.

1. More bad news for Yahoo. The company is in the midst of finalizing its sale to Verizon, but recent revelations about hacking and spying may be costing the company. Verizon reportedly wants a $1 billion discount on what was supposed to be a $4.8 billion deal.

2. Samsung’s Galaxy Note 7 was the best phone available when it was released in August. But two months later, the phone is dead, marking the most abrupt and spectacular fall for a major flagship of the smartphone era. Here’s a full timeline of what happened, and what it means for Samsung and others like Oculus. 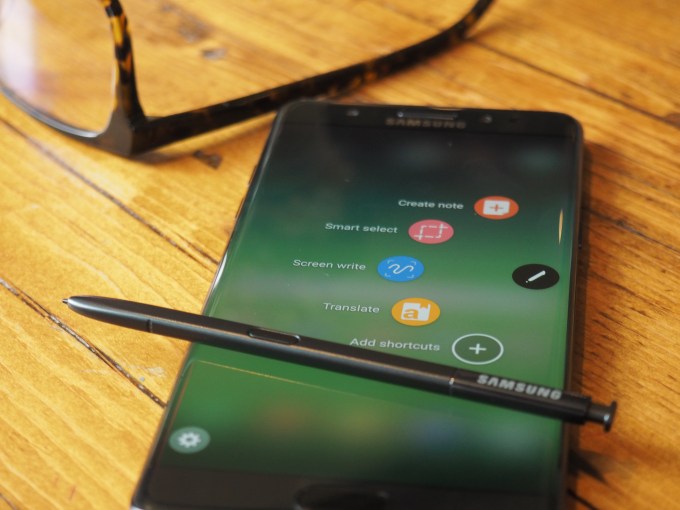 4. Most iOS users are now switched over to iOS 10. According to Apple’s official figures, iOS 10 adoption is now at a rate of 54 percent. Two other sources – Mixpanel and Fiksu – report that iOS 10 was installed on roughly 66 percent of devices. Both data sets are based on apps that use the company’s SDK. Either way, this is the fastest adoption rate of any iOS iteration.

6. Amazon launched its own standalone streaming music service, Amazon Music Unlimited. The new, on-demand streaming service offers access to tens of millions of songs and is available for $7.99 per month for Prime members, or $9.99 per month for non-Prime members. Amazon has also launched a “for Echo” subscription plan that lets you listen only on its connected speakers for just $3.99 per month.

7. Facebook and Google partnered to launch Yarn, a new package manager for JavaScript.

8. ISIS reportedly carried out its first successful drone attack this week, using a commercially available drone to deliver explosives and kill two Kurdish fighters. This week’s attack marks the first time ISIS fighters have turned a diminutive hobby drone into a deadly weapon, the New York Times reports, and it has Pentagon officials racing to respond to the new threat.

9. A maker of delivery drones called Zipline International began nationwide delivery of blood and other critical medical supplies in Rwanda, through a partnership with the Rwandan government. Zipline is aiming to set up 20 distribution centers by the end of next year and to be operating in at least two more countries.

10. Salesforce has been on a shopping spree, spending around $5-6 billion on 10 companies. But there’s a method to the M&A madness, says vice chairman and COO Keith Block.

11. We’ve heard that GitHub is raising a secondary round following its last $250 raise that valued it at $2 billion last year.

12. BMW unveiled a futuristic motorcycle concept called the Motorrad VISION NEXT 100. The tech is supposed to be made up of a self-balancing system that can anticipate the road ahead – in fact it’s supposed to be so accident-averse that you don’t need to wear a helmet.

BMW’s new motorcycle concept is so smart you won’t need a helmet to ride it http://tcrn.ch/2dLcF77

Posted by TechCrunch on Wednesday, October 12, 2016

13. PayPal has had a rocky relationship with the business of crowdfunding over the years, but this may be changing. PayPal was interested in buying GoFundMe, the crowdfunding site that lets people raise money for causes – potentially for a price above $1 billion.