Through the past few decades of summer blockbuster movies and Silicon Valley products, artificial intelligence (AI) has become increasingly familiar and sexy, and imbued with a perversely dystopian allure.

What’s talked about less, and has also been dwarfed in attention and resources, is human intelligence (HI).

In its varied forms — from the mysterious brains of octopuses and the swarm-minds of ants to Go-playing deep learning machines and driverless-car autopilots — intelligence is the most powerful and precious resource in existence. Our own minds are the most familiar examples of a phenomenon characterized by a great deal of diversity.

Yet, HI is unique among this variety of intelligence because of its unparalleled ability to design, modify and build new forms of intelligence. HI is what defines us as humans and our relationship with everything on earth. Now, through the combination of HI and AI, we are at the brink of intelligence enhancement, which could be the most consequential technological development of our time, and in history.

Intelligence, in its varied forms, powers every opportunity we pursue and every problem we seek to solve. It sits upstream from everything else. It is at once the master tool and the master of all tools. It is not only the most general means to do things, it is also the meaning-making force that decides what is worth doing.

Intelligence is what allows us to create forms of governance, cure disease, create art and music, discover, dream and love. Intelligence is also what decides that these things, rather than other things, are worth doing, by translating discoveries into meanings, experiences into values and values into decisions.

The evolution of human tools, from rocks to AI, can be seen as a trajectory of increasingly powerful effort arbitrage, where we exploit our comparative advantage relative to our tools to do things better, and do more new things. Along this trajectory, tools that embody significant levels of intelligence are our most powerful yet.

In this pursuit of effort arbitrage, the smallest of intelligence advancements has the power to yield enormous gains for humans, individual and collective. A seemingly simple change 2.5 million years ago — using stone tools to butcher animals — led early hominids down the path to becoming modern humans.

From that modest starting point, throughout human history, we created tools that increased our individual and collective intelligence and became extensions of our natural selves. We started with crude functional tools such as hammers and axes. Over just a few tens of thousands of years, we progressed to more intelligent tools, such as thermostats, and governance technologies based on rule-of-law rather than despotism. 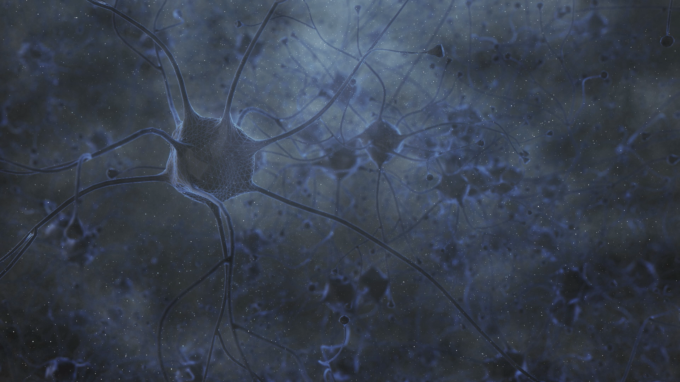 With each advance, we happily relinquished a small part of our agency for known pre-programmed outcomes. Our tools could begin doing bigger and bigger things on our behalf, freeing us up for other, more desired tasks.

This progression has continued. As we’ve become more familiar and comfortable with our tools doing things for us, we’ve eagerly traded more of our agency for the anticipated gains, even when we’re unfamiliar with the choices and assumptions built into a particular instance of that trade-off. In general, our risk-taking has paid off, and the resulting real gains have generally far outstripped losses.

For example, Amazon’s recommendation algorithm is one of the most powerful forces in the world, determining which books are read, what ideas are listened to and what we learn — yet how those recommendation decisions are being made is unknown to most of us.

The gains of discovering countless new reading choices are clear. The anticipated losses, including reduced human connection and loss of privacy, either didn’t play out as expected (for example, through various online media, we can now connect with far more people through books, beyond the local indie bookstore owner) or are ones we readily make (giving up some privacy around our reading habits in return for better recommendations).

A new partnership for humanity

We’re at an interesting transition point where we are moving from using our tools as passive extensions of ourselves, to working with them as active partners. An axe or a hammer is a passive extension of a hand, but a drone forms a distributed intelligence along with its operator, and is closer to a dog or horse than a device. Such tools can interact with us in ways never before possible, such as working with us in a choreographed dance for a talent competition or helping us script a novel or new sci-fi movie.

Our tools are now actors unto themselves, and their future is in our hands. Think about the evolution of the car: from horse and carriage to Model-T, from cruise control to adaptive cruise control, and now to driverless cars.

Engineers are now programming cars using subtle ethics models to determine, in situations where an accident is unavoidable, whether to hit pedestrians or veer off the road and jeopardize the driver’s life.

The conclusions such cars reach in real situations might well be very different from the decisions you or I might make if we were in the driver’s seat, but with hindsight we might judge them to be much better, even if they initially seem alien to us. Ideally, such technologically evolved decision-making abilities can flourish alongside evolving HI, to rethink assumptions, reframe possibilities and explore new territories. 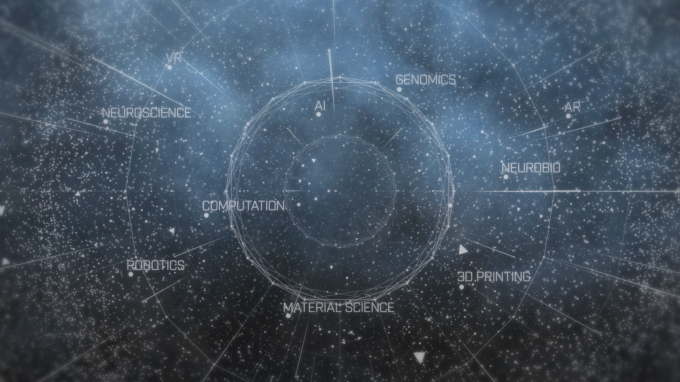 We’ve already seen chess evolve to a new kind of game where young champions like Magnus Carlsen have adopted styles of play that take advantage of AI chess engines. With early examples of unenhanced humans and drones dancing together, it is already obvious that humans and AIs will be able to form a dizzying variety of combinations to create new kinds of art, science, wealth and meaning. What could we do if the humans in the picture were enhanced in powerful ways? What might happen if every human had perfect memory, for instance?

In short, we are poised for an explosive, generative epoch of massively increased human capability through a Cambrian explosion of possibilities represented by the simple equation: HI+AI. When HI combines with AI, we will have the most significant advancement to our capabilities of thought, creativity and intelligence that we will have ever had in history.

While we’re starting with HI+AI in health diagnosis, transportation coordination, art and music, our partnership is rapidly extending into co-creation of technology, governance and relationships, and everywhere else our HI+AI imagination takes us.

The biggest bottleneck in opening up this powerful new future is that we humans are currently highly limited in how we can participate in these possibilities. Our connection with our new creations of intelligence is limited by screens, keyboards, gestural interfaces and voice commands — constrained input/output modalities. We have very little access to our own brains, limiting our ability to co-evolve with silicon-based machines in powerful ways.

Relative to the ease and speed with which we can make progress on the development of AI, HI, speaking solely of our native biological abilities, is currently a landlocked island of intelligence potential. Unlocking the untapped capabilities of the human brain, and connecting them to these new capabilities, is the greatest challenge and opportunity today.

The single most powerful avenue for achieving this unlocking today is neuroprosthetics. In recent years, research labs around the world have made enormous strides in understanding how the brain works, how to connect it to outside sources and how we might tap more deeply into its potential. The most immediate need for these devices is apparent in the growing number of people living longer lives while suffering from neurodegenerative disorders. These devices — by directly extending HI, including our memory and other cognitive capabilities — could lead to unprecedented longevity of the mind and body. (Full disclosure: I’ve started a company in this arena.)

There are other paths to improved HI including genomics and pharmacological interventions. But these have one severe limitation, their inability to extend the brain’s ability to communicate with our tools of intelligence (AI).

To truly realize the potential of HI+AI, we need to increase the capacity of people to take in, process and use information, by orders of magnitude. For this, neuroprosthetics are the most promising avenue to meet this challenge.

From the writings of Isaac Asimov to Terminator and Doctor Who, we have seen visions of future intelligence that have influenced how we all imagine our machine-filled future. These visions have sensitized society to the downsides and risks of potential future machine intelligence. As with all new technologies, losses are much easier to imagine than gains.

It is certainly true that with every new technology we create, new risks emerge that need thoughtful consideration and wise action. Medical advances that saved lives also made germ warfare possible; chemical engineering led to fertilizers and increased food production but also to chemical warfare. Nuclear fission created a new source of energy but also led to nuclear bombs.

As we embark on the greatest human expedition yet, now is the time for a discussion about HI+AI. But rather than letting risk-anchored scaremongering drive the discussion, let’s start with the promise of HI+AI; the pictures we paint depend upon the brushes we use.

The narratives we create for the future of HI+AI matter because they create blueprints of action that contend for our decision-making, consciously and subconsciously. Adopting a fear-based narrative as our primary frame of reference is starting to limit the imagination, curiosity and exploratory instincts that have always been at the core of being human.

We are all alive at a time when we are gaining access to unprecedented powers of creation. Using our natural intelligence and the external extensions of intelligence we’ve progressively built over the last millennium, we have now developed tools of creation such as genomics, synthetic biology and robotics that literally allow us to program our existence in any way we can imagine. We have progressed from players to makers of the game.

It’s something that I feel immensely grateful for and which has me jumping out of bed in the mornings. We’re living a story of epic proportions and the future is ours to seize.

This is precisely why HI is the most important thing we could possibly be working on right now. At a time when the greatest opportunities in history are before us, we shouldn’t become the biggest limiting factor in our own stories.