A few days ago we revealed an automotive product from Anker called Roav. At the time, it seemed the Roav was an in-vehicle heads-up display that looked a lot like the Navdy. Today, Anker reached out with additional details.

Roav, when it launches in November, will be Anker’s automotive brand, with the Roav Dashtop as the flagship product.

Anker tells TechCrunch the Roav Dashtop connects to the vehicle and driver’s smartphone and displays relevant information from both such as gas level, navigation details, caller information, and thanks to a 4G connection, traffic information. The device also connects to dash and rear cams, which will alert the driver, through the HUD, of physical objects around the vehicle.

The device seems to be controlled through voice commands and a controller mounted on the steering wheel. 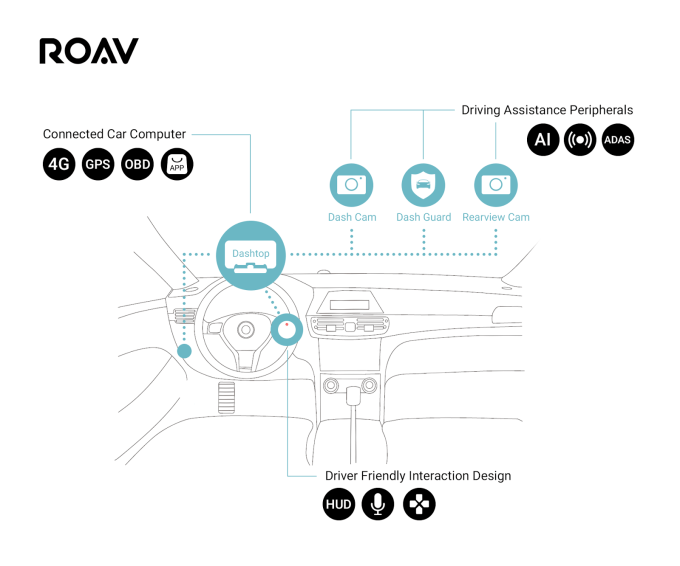 The Roav Dashtop still feels like a clone of Navdy’s device. The core functions are similar and the design is similar in look and feel, though with the addition of cameras and cellular connectivity, the Roav Dashtop could have more functions. And according to an image provided to us by Anker, the Dashtop looks to have an app store of sorts.

Anker says the Roav Dashtop will be available starting in November and, shortly before the release, the company will make an official announcement with a complete list of product details and specs.