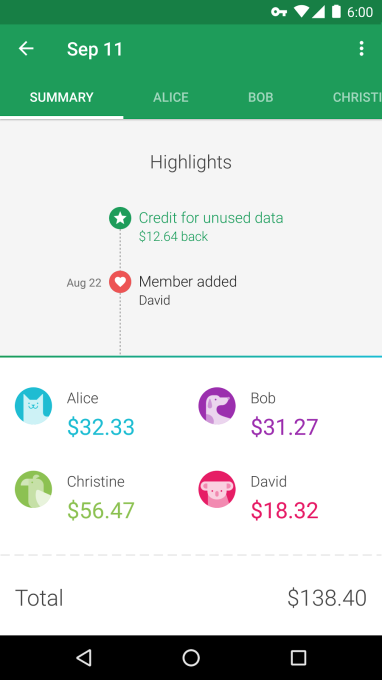 Project Fi, Google’s wireless service, is getting a group plan today. While most cell services let you choose a “family plan,” which typically entails the ability to include additional lines at a discount, Fi didn’t yet offer this option.

Like you would expect from Fi, it’s all pretty straightforward — but don’t expect to get a massive discount.

Project Fi’s group plan lets you add up to five additional lines for $15/month each. That’s a $5 discount from the typical $20 base price you pay for a Project Fi account. Just like Google’s individual plans, you then pay an additional $10/GB for any data you use (and you get a refund if you end up with unused data).

Unlike some other carriers, Google doesn’t even pretend that this is only a feature for families. Instead, it clearly notes that you can add “friends from college or your family.” You can also easily add new users or drop them (once you graduate, drift apart and stop being friends with them, for example).

Given that you’re only getting a $5 discount for adding lines, this feature will likely appeal to families, though — simply because it allows you to set quotas and limits for your children. Otherwise, saving $5 per month is probably not worth the effort for most people.

With the launch of the new Pixel phones, Google removed the Nexus 6P and 5X from its main online store. That seemingly left the rather pricey Pixel and Pixel XL as your only options for using Project Fi if you didn’t own one of those cheaper phones already. But here is an interesting twist: You can still buy them if you sign up for Project Fi — and you can even get them on Google’s new interest-free installment plans, too. The 6P is currently available with a $100 discount and the 5X is $150 off. 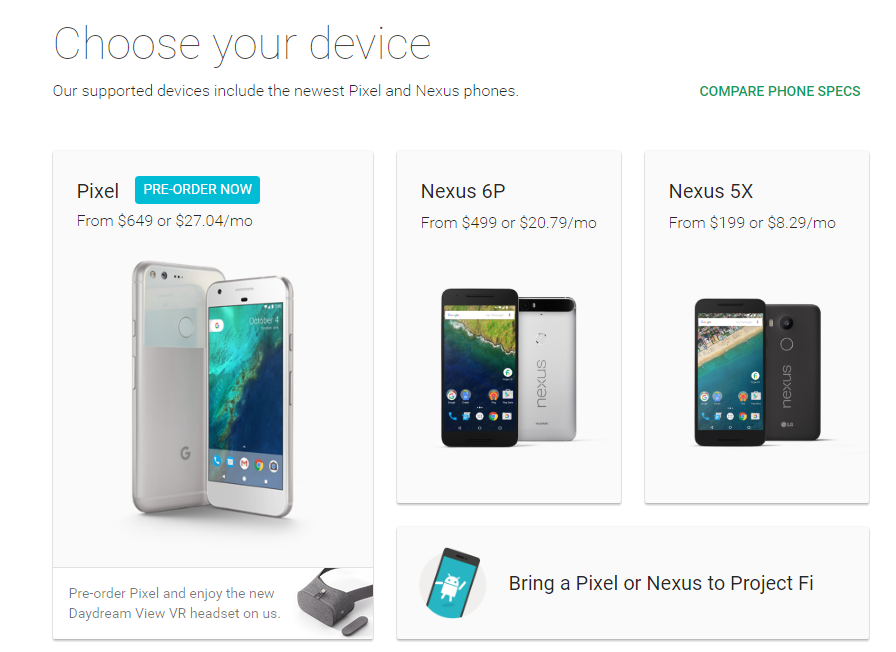