Shortly after arriving, I was able to sneak into a VIP media tour for network news (CNN, CBS, NBC) to get a brief tour of the White House and check out some intimate performances from Black Alley and Gallant.

After the private tour I ended up on the South Lawn, where the majority of the magic that day happened, or where I lost my shit a couple of times. The first was when President Barack Obama caught us all off guard and decided to casually stroll through the lawn. I promptly lost my shit, which you can see via TechCrunch’s Instagram account here. 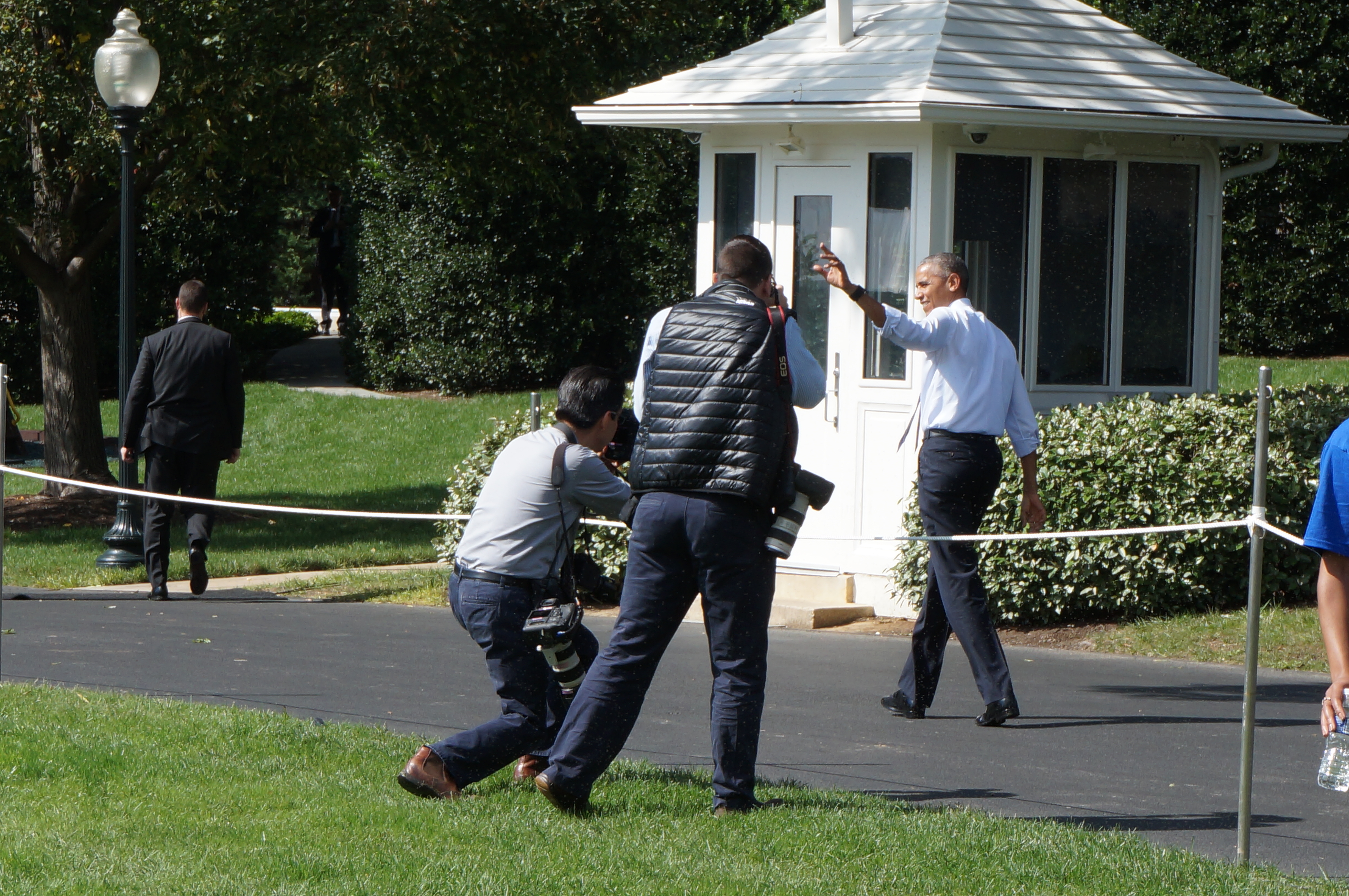 It took me a few minutes to collect myself, but once I did, I went over to the exhibits area. The exhibits touched on the criminal justice system, the future of cancer care, diverse founders, the future of food, immigration and more. A major theme throughout a lot of the exhibits was virtual reality, which I once thought was a frivolous activity until I began to see people using it for good.

Later in the day, I went to two panel discussions. The first was on using tech to solve real problems. My big takeaways from the panel came from Butterfield. He spoke a lot about how it’s important to have a society that enables people to use their time however they please, because the good results that we want come from “that unfettered exploration of all the possibilities and people trying out different things.”

The other panel I attended was all about social activism. It kicked off with remarks from Congressman John Lewis, a civil rights leader and one of the organizers of the March on Washington. He urged young people today to get into trouble, “what I call good trouble,” Lewis said. “Necessary trouble. It is time for each of you as young leaders to get in trouble — good trouble. Get in the way and make some noise. You have the ability. You have the capacity to do it. Just do it.”

The panel featured Carmen Rojas of The Workers Lab, Evan Wolfson, founder and president of Freedom to Marry, and Brittany Packnett, co-founder of social justice organization Packnett truly blew me away. Here’s just a taste of what she had to say:

“What we are incredibly clear about is police violence is a branch on a larger tree that is rooted in systemic oppression and racism,” Packnett said. “And coming out of that tree is inequitable housing, issues of employment, mass incarceration, healthcare, inequitable education. So the radical dream is not just to break off the branch of police violence but to uproot the entire tree.”

You should definitely check out my story on the panel to learn more about Packnett and her insights.

Later in the day, Obama took the stage with DiCaprio and climate scientist Dr. Katharine Hayhoe to talk about climate change and how important it is that we deal with it now, not later. At one point, Obama said, “If we tap the brakes now, then we don’t go over the cliff. When you think about climate change there’s a big difference between the oceans rising three feet or ten feet. Three feet, it’s going to be expensive and inconvenient and disruptive….But it’s probably manageable. Three feet means you move the houses back a little bit from the beach. Ten feet means the beach doesn’t exist.”

At the end of the day, the White House pulled off a badass event that left me feeling optimistic that maybe our country can change and learn to do the right thing. It’ll take time, that’s for sure, but I think we can get there.

“Be hopeful. Be optimistic. Never lose that sense of hope,” Lewis said. “Never become bitter, and in the process, be happy and just go for it.”