At an SXSL panel on Monday, President Obama, actor, environmentalist and philanthropist Leonardo DiCaprio and scientist Katharine Hayhoe discussed climate change and what we can possibly due to curb it.

Hayhoe, who is the director of the Climate Science Center at Texas Tech University, and CEO of ATMOS Research & Consulting, helps organizations like airports and public water utilities assess the potential impacts of climate change on their infrastructure and plan accordingly.

Following the discussion, DiCaprio premiered his new documentary about climate change, Before the Flood, at the festival hosted on the White House lawn.

Besides his acting career, DiCaprio has long been an advocate and philanthropic donor to environmental causes, but of late, has also invested in for-profit, for-good cleantech ventures, including Rubicon Global, an on-demand waste management company; Diamond Foundry, makers of cultured diamonds; and Zuli.io, makers of a smart power outlet.

The actor then asked the president to grade the global response to climate change so far. Obama said he was hopeful because India was expected to soon sign the Paris Agreement, but he urged greater action to combat carbon emissions. This week, he said, the United States would be negotiating with aviation companies to control their greenhouse gas emissions.

“We’re seeing climate changes at the more pessimistic end of the range that [was] anticipated by scientists. So we’re really in a race against time,” President Obama said.

DiCaprio then asked Hayhoe what are the most urgent threats to our modern-day civilization, and where the solutions lie.

“We think of poverty, hunger and disease and people dying today from preventable causes that nobody should be dying from in 2016,” Hayhoe said. “We think to ourselves climate change, we can deal with that later. We can no longer afford to deal with climate change later.”

We will not be able to fix issues around food and clean drinking water, disease and more without stemming the loss of environmental resources, she suggested. 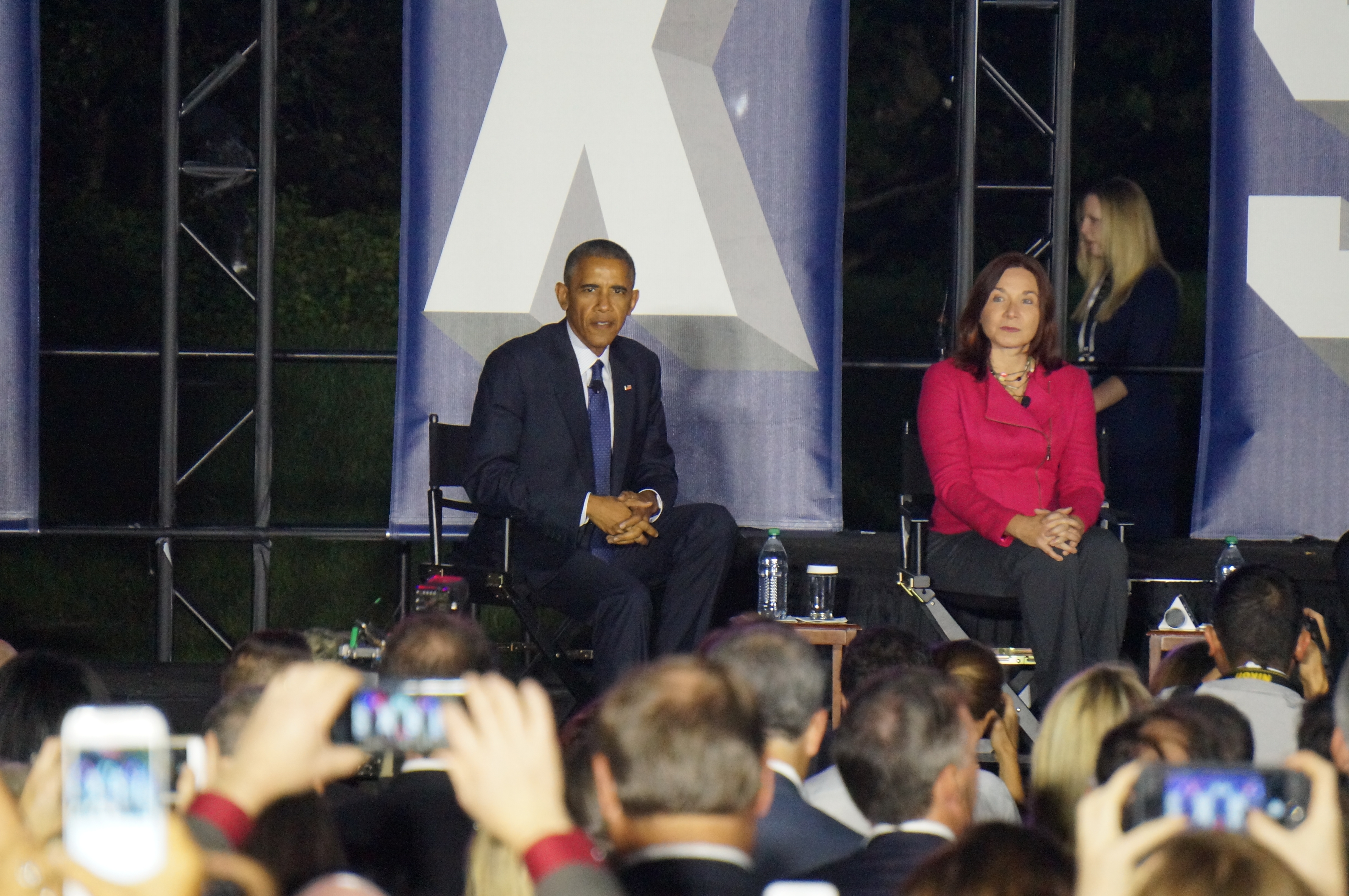 DiCaprio then asked President Obama how to inspire businesses to help combat, rather than contribute to, pollution and climate change.

“Dirty fuel is cheap, because we’ve been doing it for a long time.” the President said. “We know how to burn coal to produce electricity and burn oil and burn gas,” and it is a hard habit to break, understandably, especially for people living in poor countries.

He suggested we’ll have to come up with new sources of energy that are both clean and cheap, which would involve research, investment, startups and innovators, but also time to ramp up new energy sources.

“The best way we can spur that kind of innovation is to create regulations that say ‘Figure it out, and if you don’t figure it out you’re going to face a penalty.’ Or we could create something like a carbon tax which gives an economic incentive for businesses to do this,” the president said, admitting the likelihood of a carbon tax was a long way away.

He also lauded earlier generations’ regulatory efforts, including the Clean Air Act, which forced businesses to change their behavior and impact a reduction to acid rain. “We fixed it,” he said, and was reverent about what he called “nature’s resiliency when we do the right thing.”

DiCaprio also asked Hayhoe what are the biggest misconceptions she hears about climate change.

“Any of us who pays attention to the weather we know we have cold and hot, dry and wet. Then you might say why does it matter if our weather is incredibly variable anyway? But…our heavy rainfalls are getting more extreme,” she said, and further debunked the idea that weather changes all the time anyway, so nothing is “wrong” with the climate.

She described a recent, observable “stretching” in weather patterns that leave dry places drier and hotter for a longer period of time than usual, and wet or cold places coping with snow and rain for longer than usual. 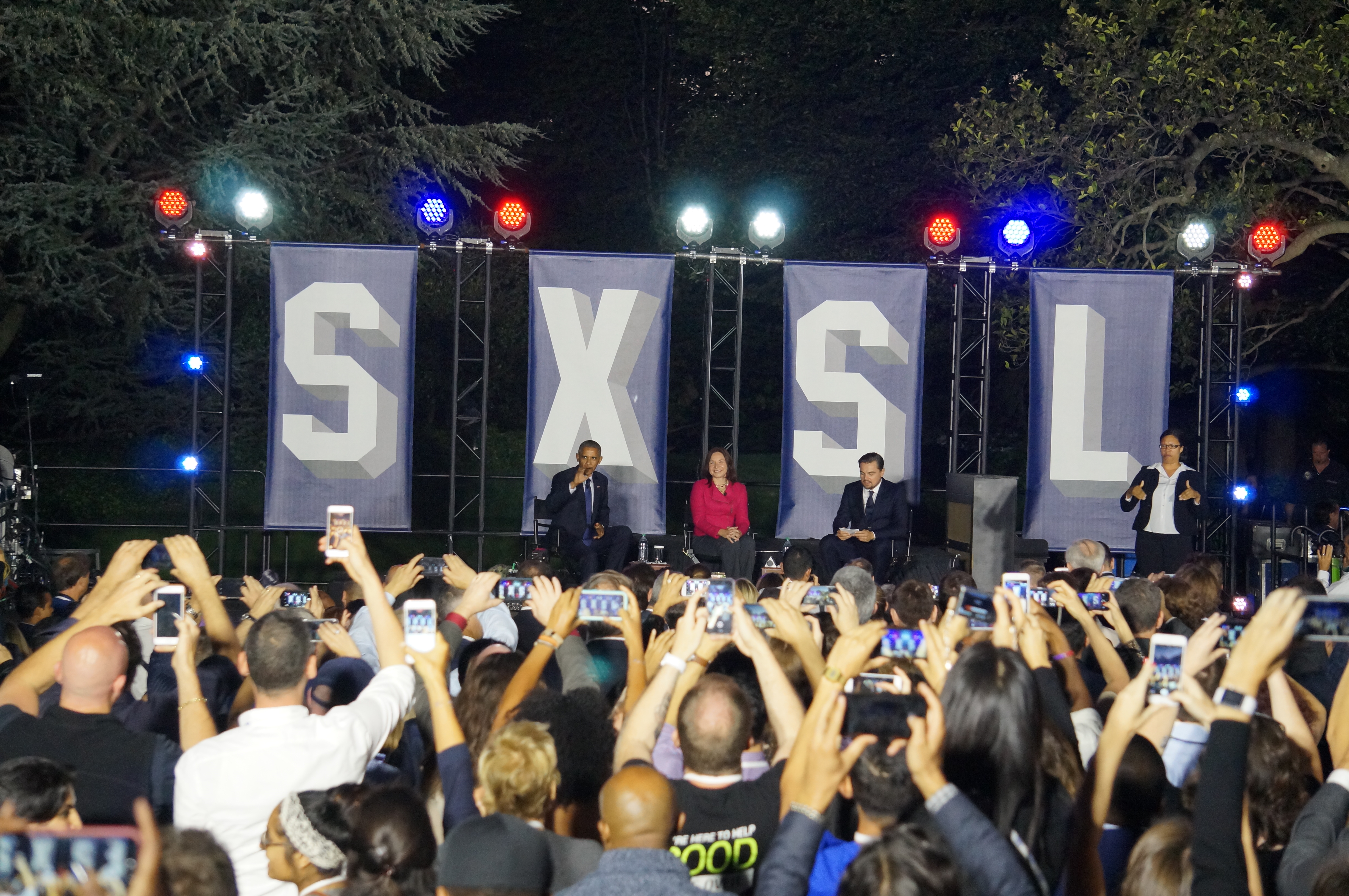 The president and Hayhoe both discussed the breakthroughs that have already come about in solar and wind technology, and even more disputed energy sources like nuclear power and natural gas from fracking.

“On average every year 200,000 people die from air pollution from burning fossil fuels,” in the U.S., Hayhoe said. “Air pollution alone gives us all the reason we need to shift toward clean energy, let alone climate change.”

DiCaprio asked, if we don’t take immediate action, “Will things get exponentially worse?”

President Obama said, “If we tap the brakes now, then we don’t go over the cliff. When you think about climate change there’s a big difference between the oceans rising three feet or ten feet. Three feet, it’s going to be expensive and inconvenient and disruptive….But it’s probably manageable. Three feet means you move the houses back a little bit from the beach. Ten feet means the beach doesn’t exist.”

He emphasized that this is for people living in the United States, environmental impacts in other parts of the world could cause far more profound problems, notably food insecurity, and waves of migration due to climate change, therefore conflicts over migration.

“All of which is to say that as hard as it is for us to start acting now to solve a problem that has not fully manifested itself yet, this is going to be a really important test for humanity and our political system,” the president said.