t was a hot September night and we were being chased by a ghost.

My two friends, Jon and Shane, were sweating. We’re older men, a little wide around the waist, and it was hot down in the basement. We had cleared away the kids’ toys and set up two optical sensors and a high-powered HP Omen desktop. We were playing with the HTC Vive. We were having more fun than we’d had in a long, long time.

That’s right: I’m a VR cynic but I managed to have a blast in VR. But let me preface all of this with one caveat: I would not buy a VR rig right now, today, this instant. As I will describe below, VR is great for a night of craft beer and ghost hunting, but it’s not nearly ready for general consumption. But we gave it a try anyway, donned the gravy helmet, and had a blast. Here’s our story.

The door is open and you walk in.

You’re delivering a pizza and, true to horror tropes, no one is home. You turn around and the door closes behind you. You move forward in stops and starts, exploring a room that looks like someone hasn’t unpacked after a move. You walk from room to room, meeting odd dolls that scamper off giggling when you’re not looking.

Your friend pushes you which is a weird feeling when you are in VR. You have two hand-held controllers to move and you creep around the basement as best you can, hoping you don’t hit the couch or the TV. When your friend pushes you off balance, however, you think the game has come to life and you get scared.

You scream. You wake up the kids. You take off the helmet. The kids pad down the stairs. They ask what you’re doing. You say it’s time for bed.

The fear is palpable even though the game is ludicrous.

You put the helmet back on. You’re back in the empty house, lightning crashing through the windows. The house goes black for a moment and someone is standing there in front of you. The lights come on and they disappear.

You don’t want to go into dark rooms, but your friends make you because they can see your every move on a 2D screen while you live it in 3D in a virtual world just this side of the uncanny valley. Thunder claps. Quick footsteps echo against tile. A knife on the counter disappears along with a ventriloquist’s dummy.

But you already see the clown. You stand in front of him. He won’t look at you but you’re sure that at some point you’ll meet him.

The fear is palpable even though the game is ludicrous. The clues it offers make no sense and the voice acting is just this side of a middle school musical. But, put together, the experience is freaky. A clock chimes. It’s midnight. Emily is coming out to play.

As the peal of the last bell fades into infinity, the screen goes dark and Emily hauls herself out of your nightmares and into your face. You tear off the visor and scream. The kids don’t come down this time. You told them you were playing a horror game. They don’t like those.

The game is called Emily Wants To Play and it’s basically a jump scare title. It is no more a game than a walk through a carnival funhouse but it is immersive and surprisingly effective. That’s what modern VR is good at doing: putting you (or your brain) into strange places and convincing you that you exist there, corporeally.

You are in a massive, twisting mini-golf course. You are in a tropical paradise feeding water bears. You are playing a tabletop game with real animated pieces or shooting a shotgun whose pellets ping off rusted metal in a dry desert. You are there, exist there. You are not in a basement with two sweaty older guys. You are alone in a luminous space that reacts to your every move with no lag, no confusion, and no connection to the outside world. 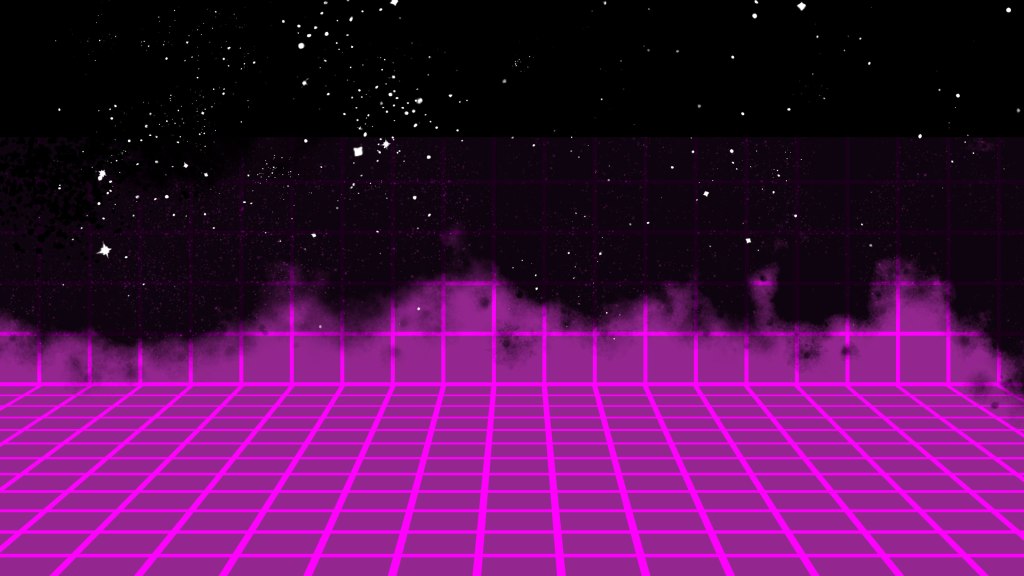 I truly enjoyed playing a lot of the Vive games. The Vive let us forget we were in a basement and put us in strange worlds full of air and light and color. The primary tool for this transport is a face mask studded with small sensors and featuring two racquet-like paddles for interacting with your world. At this point it is the best commercial way to move out of meatspace into a virtual world. The Oculus is not nearly as good as the Vive, and there aren’t many other tools with similar functionality, tracking and fluidity.

The best thing about the Vive is that it feels totally real. In fact one of the most pervasive feelings is the sense that you are in a wide open space and that feeling carries over into real life for a few hours, making you think you’re floating in a dream.

Thanks to the resolution offered by the Vive and a high-end graphics cards, your brain sees VR space as real. In some of the games you squat down to look under desks and when you try to get back up you reach out to grab counters that aren’t there. Robots and monsters that come after you are scarier because of their vitality, their three-dimensional reality. Emily isn’t scary because she’s in a game. She’s scary because she seems to exist in real life, right in front of you.

But VR also has a flaw. Because the technology is still primitive, many of the spaces seem too “open,” as if you were floating in air. Despite many games purposefully simulating small, enclosed spaces, every game we played had a feeling of airy disconnection. This feeling can be good or bad, depending, but it removes some of the urgency of horror titles and the tension of strategy games.

You are alone in a luminous space that reacts to your every move with no lag, no confusion, and no connection to the outside world.

But that’s not the only flaw. The real flaw, the real fatal flaw, is that there is no good VR content. There is promise, but it’s just not there yet. Emily is no more complex than a Disney World roller coaster. Many of the games are still in beta and you can only play them for an hour or less before getting tired. Even a mini-golf simulator is at once weirdly over-ambitious and underwhelming. You experience mini-golf, all right, but the holes are long and convoluted and sometimes you teleport yourself over open space but are still able to smack the ball around. It’s exactly what you’d expect a VR mini golf experience to be yet it fails.

The best games for the Vive – for VR in general – offer one of two mechanics. One mechanic is the “stuck behind a counter” mechanic. This mechanic assumes you won’t be moving around much in the play space and you are forced to stand behind a virtual counter, passing out guns or drinks or whatever to NPCs.

The second mechanic is the teleport. Almost every game of value used this mechanic to move you around a larger world. One of the best games I played is called Budget Cuts and it’s an amalgam of Metal Gear stealth and Portal-like movement. It’s probably one of the best games for VR available.

And that’s about it. You can pretend to work in an office and throw stuff around in games like Job Simulator, and you can kill robots in a stealth game. It’s like mobile gaming – you can play Scrabble or you can play Angry Birds or you can play tower defense games. There’s not much else that really melds with the mobile mechanic… yet. The same can be said of VR.

The same is true of VR. My friends and I loved our time in virtual space, and we had a lot of fun but there is little impetus to return. VR is obviously a nascent medium, and if games like Doom and Star Trek come to the Vive I could imagine some sort of push to get and install higher-end rigs. But right now, it’s slim pickings.

Even my kids, who loved the Vive at first, have started ignoring the system and are back to their mobile games and YouTube. Right now it’s like going into a teenager’s bedroom circa 1989, pointing to the NES and the Apple II and exclaiming that these are the future of computing. The truly prescient would nod their heads sagely but most folks would just go back to their TVs and Walkmen.

Donning the helmet disconnects you from humanity and turns you loose in a wide-open space full of possibility.

I remember the early days of personal computing. Computers, then, were toys, and the imagination necessary to see anything better out of, say, a Commodore 64 or an Atari 800XL, was immense. These machines booted into a flat world and you made it sing through dedicated programming and, alternatively, by slotting in-game cartridges and later disks to bring up the work of other programmers. You could see all of the struts and patches, however, and the same is true of VR.

VR is a novelty, just as the Atari 800XL was. You could do some real work on it, sure, with a lot of dedication and imagination. But until the PC took over our desktops these computers were akin to the Vive – fun, nice to play with, and interesting only to a certain subset of a very nerdy population. 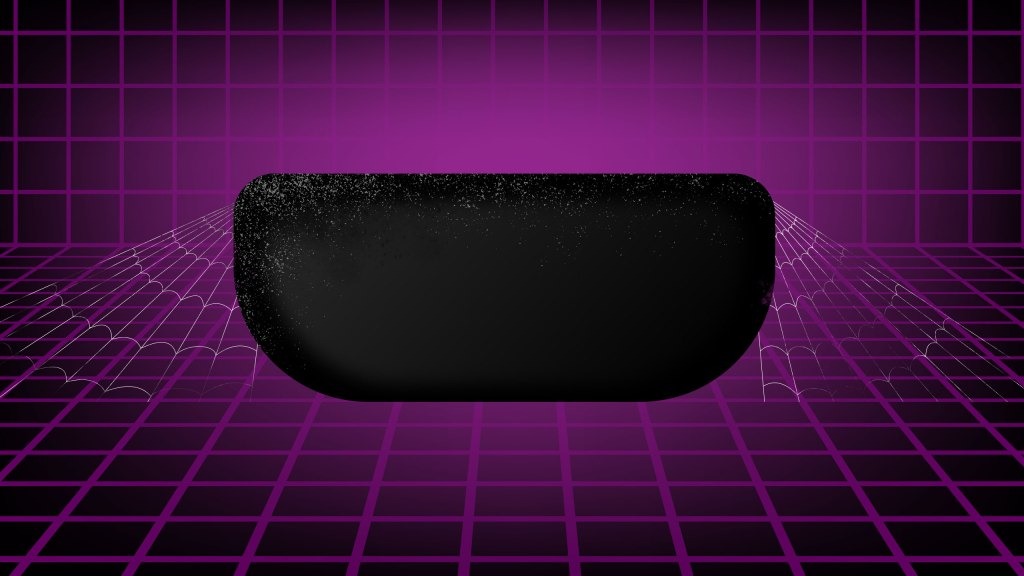 Did I mention it was hot in the basement? The Vive has a foam face guard that goes around the perimeter of the goggles and rests on your forehead and cheeks. Every time we removed the helmet from our foreheads the foam was sopping wet, inciting fears of pink eye and other diseases as the visor was passed from dude to dude. It seemed fitting that we would experience something so visceral and human – another man’s cold face sweat – in a gaming rig dedicated to moving us all off into a virtual future. It was like taking your cousin’s sweaty Nintendo controller to play a round of Super Mario Brothers – you noticed at first and were grossed out but then you became engrossed.

The Gravy Helmet offers little in the form of sustenance. It’s an add-on – gravy – and creates a singular, closed experience that is at once primitive and a harbinger of the future. Looking at an Atari 2600 would not have prepared you for Far Cry any more than looking at the Lascaux cave paintings would prepare you for Rembrandt. Looking at the Vive will not prepare you for what is coming down the pike but you can see the broad strokes.

As we wound up the cables and put the helmet down to dry out we realized we were hot, sweaty and tired. And we also realized we hadn’t spoken to each other directly in a few hours. Donning the helmet disconnects you from humanity and turns you loose in a wide-open space full of possibility.

We drank the last of the beer and climbed the stairs out of the basement. We left behind the ghosts and the water bears and the mini-golf and played Risk for the rest of the night, settling back into meatspace and forgetting the evanescence of pixel-shaded monsters in the dark. 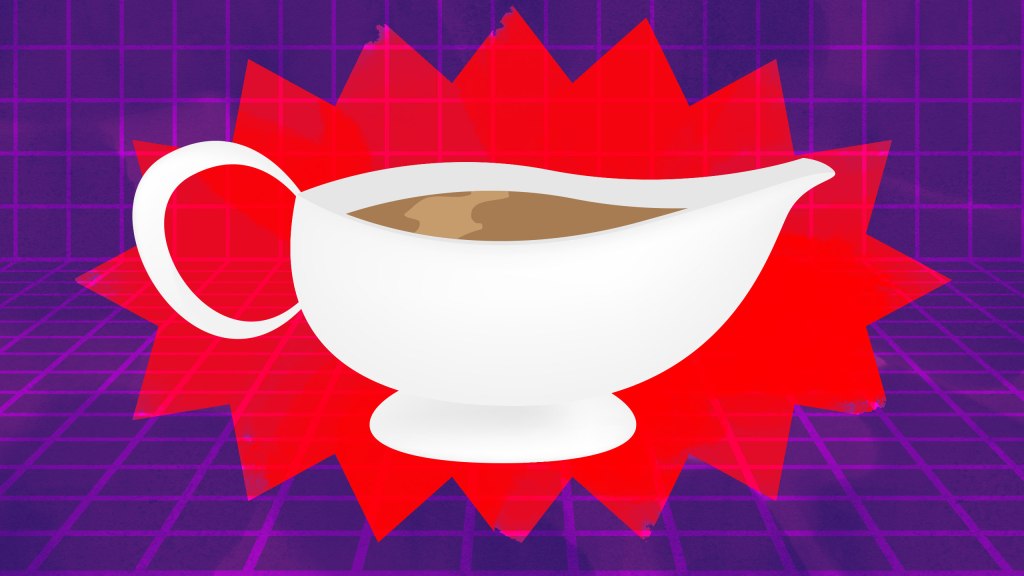