You may know Yi Technologies from its action cameras or its fancy, carbon-fiber drones, but at Photokina, the company launched its first mirrorless Micro Four Thirds camera, the Yi M1. Sporting a 20 mpx Sony IMX269 sensor, a high-quality 3-inch touch-screen and a raft of sharing-friendly features, it’s crashing into a space that has been stale for a while. 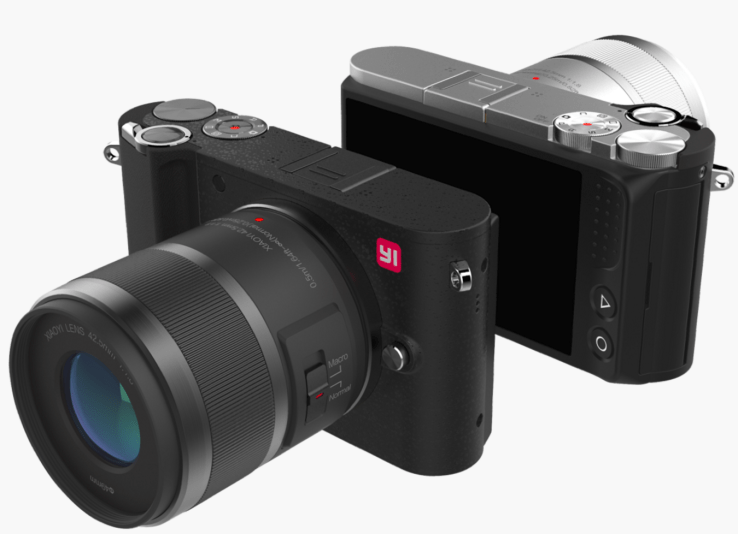 At launch, the company has two lenses available – a decent all-rounder in the form of a 12-40mm f/3.5-5.6 lens, and a portrait prime clocking in at 42.5mm f/1.8. The camera uses the Micro Four Thirds (MFT) lens mount, however, so it’s possible to tap into years and years worth of high-quality glass from a number of different manufacturers already.

I had a chance to try the camera and I was initially underwhelmed; weighing in at 280g, I found it hard to keep stable (it weighs a third of my everyday shooter, which itself is a tiny little thing carved out of a block of metal) and the controls were counter-intuitive enough that I didn’t immediately make friends with them. As someone who handles a lot of different cameras; that’s pretty rare and a little worrying. 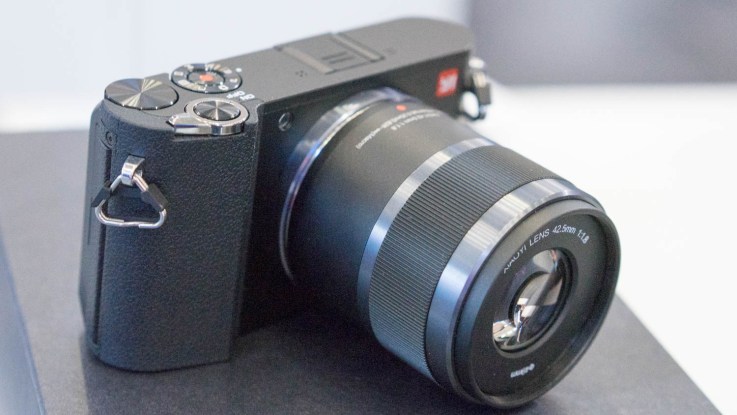 The focus ring on the lens is only ornamental, which seems like a weird design quirk

It’s possible that the company is falling victim to its “minimalist design”. Minimalist is all good and well, of course, until you need to quickly adjust the settings on your camera. For much of the same reason that it is tricky to use Lytro’s Illum, controlling the Yi M1 feels a bit ham-fisted to experienced photographers.

Who is it for?

In not including decent controls on the camera, it makes you wonder who this little thing is for. Yes, it’s small and has a good sensor, so you’d think it’d be perfect for travel photographers, but because its lenses don’t collapse out of the way, it isn’t as portable as you might want. 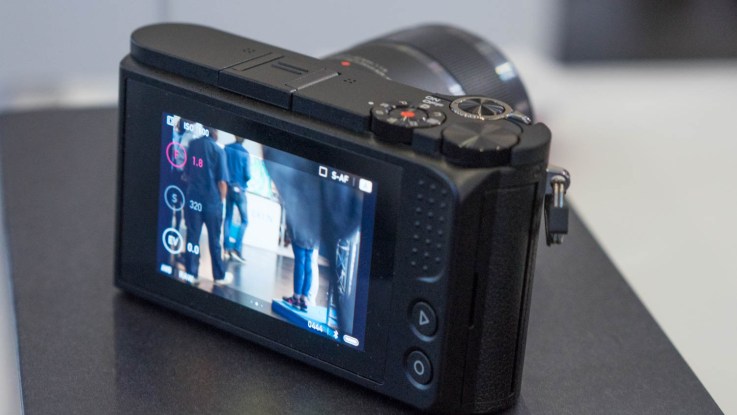 All the settings are changed using the touch-screen, which means you can’t change them by touch. This choice makes me wonder who the camera is actually for.

DIYPhotography reports that the price for the camera plus a lens will be $499, although the folks manning the booth resolutely refused to comment on the pricing, saying it was “still being confirmed”. The company does confirm it is shipping the camera later this year, however.

Given that Amazon is delighted to sell you any number of Micro Four Thirds cameras for under $500, it’s tricky to see where Yi’s new mirrorless beastie fits into the market. It is the only 20-megapixel camera in that price bracket bracket — Panasonic’s GX8 costs almost a grand, and Olympus’ Pen-F sets you back $1,500 — but I’d hope we’re beyond pixel-chasing by now. Most importantly, both of those cameras have the handling of prosumer-level cameras, which the M1 doesn’t have.

I only spent a few minutes with the camera and it is entirely possible that it grows on you after extended use. Unfortunately, cameras aren’t bought on extended use, but on reviews and on first impressions in person. Yi had best cross its fingers for glowing versions of the former, because on the latter, it falls significantly short of the mark.