Weebly launched a new version of its platform today.

While the company started out as an easy-to-use website creator and editor (I used it to build my own website), CEO David Rusenko said that with Weebly 4, “We feel like for the first time we’re past a website builder — it’s something substantially different.”

To be clear, the website editor is still a core part of the experience, but Rusenko said the biggest improvements this time around were on the e-commerce side. Those improvements include abandoned cart functionality (allowing stores to message customers when they leave without completing their purchase), as well as a rebuilt engine for calculating taxes in different cities and countries, plus real-time shipping prices (most of the time, apparently, stores are just estimating what the shipping will cost rather than pulling the most recent data from the shipping companies’ APIs).

Rusenko argued that Weebly is now strong enough to compete against e-commerce platforms like Shopify, but in his view, the product’s real strength is the way it ties the website, e-commerce and recently-added email marketing features together. For example, businesses edit their online storefront using the same interface as they do to build their website. Or when they’re adding new items to that storefront, Weebly can prompt them to send out an automated email highlighting the just-added products, and then it gives them a report on how many sales that email actually drove. 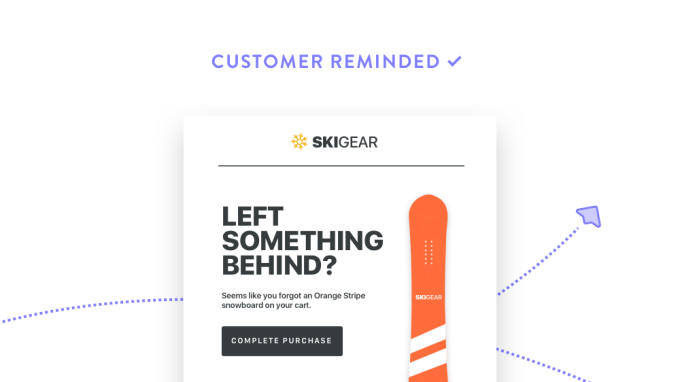 Weebly says it now has 40 million customers whose websites are visited by 300 million people each month. Among other things, these new features could help Weebly remain a feasible choice for customers who have grown into large businesses.

“We have customers doing many millions of dollars a year in sales on our the platform who are very happy with it,” Rusenko said. “But a lot of those people, where our e-commerce platform in the past was reaching its limits, this extends it out.”

He also noted that the new features all work on mobile, and they’re further complemented by third-party integrations available through the Weebly App Center.