When someone has lost a hand, particularly the dominant one, it can be a real challenge to do the simple clicks and drags that all of us take for granted on our desktops and laptops. A German design team has created a device to remedy this, detecting signals from the user’s remaining muscles and translating them into common digital gestures.

Even the best prosthetics lack the fine motor control that allows for efficient operation of mice made for smaller, more pliable digits. And forget about holding a mouse steady between thumb and finger while using a third to scroll.

This isn’t just an annoyance; with computer use critical to practically every job now, having a prosthesis entails a great deal of retraining or workplace accommodation, neither of which many employers are likely to relish (equal opportunity hiring notwithstanding). 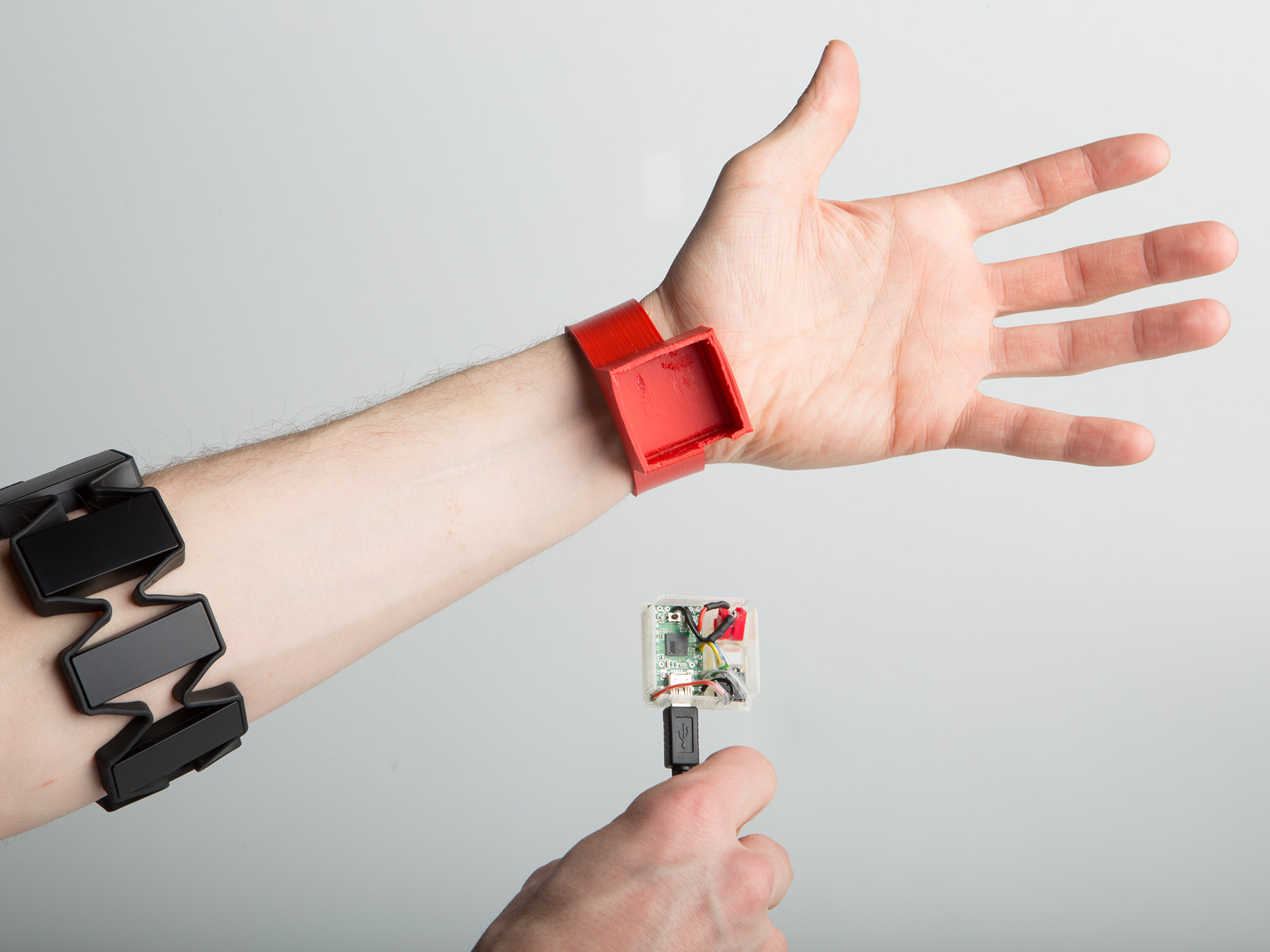 Shortcut — you’ll forgive these Germans their dark sense of humor — removes the necessity of physically performing those tiny movements. Instead, the user equips the inside wrist of their prosthesis with a watch-like wristband. This has an optical sensor in it, and acts like a wireless mouse when the user moves their prosthetic around.

But further up the arm is the clever bit. Some prosthetics use a muscle signal detection wristband akin to the Myo to identify a number of gestures — making a fist, raising the hand up, pointing — that the user still remembers the “feel” of. They can activate that gesture by attempting to do it, and the latent muscle signals created as their limb attempts to do so are detected and passed on to the prosthetic, which will itself recreate that motion.

The Shortcut team instead maps these movements to mouse gestures while the accessory is active. Imagine making a quick pinching motion, and the muscles in your arm will twitch in predictable fashion, which the software sends on to the computer as a click. Pinch with your second finger and it’s a right click. Scroll up and down by bending your wrist.

These motions are familiar; at the tips of our fingers, so to speak. They simply have no fingers to act on. So repurposing them in this way is both ingenious and practical.

The team prototyped the device with a 3D printed case and wired Arduino, but the final product will be wireless — who wants to plug in their arm while they work?

“Right now it is just a proof of concept,” wrote Maximilian Mahal, one of Shortcut’s creators. “It works, though. But not very stable. We are using a Myo bracelet for the current prototype, however we plan to use more sophisticated myoelectric sensors somewhere in the near future. We want to develop a more reliably working prototype for intensive user testing with amputees, in order to refine the concept and design.”