Africa’s artists have a new online stage to showcase their talent. Nigeria based digital entertainment startup Iroko has launched IrokoX, a multi-platform Pan-African network for filmmakers, musicians, and other creative aspirants to produce, distribute, and monetize short-form content.

“It  will operate on an 80/20 split revenue share model for the majority of users—the artists get 80 percent,” said IrokoX General Manager Oluchi Enuha. “We are going after something akin to a Maker Studios, whereby Africa’s professional and semi-professional creators can produce quality digital content, market it, share it with larger audiences, and get paid,” he said, referring to the U.S. based multi-channel network purchased by Disney for $500 million in 2014.

Backed by $35 million in funding from investors such as Kinnevik and Tiger Global, IrokoX’s parent, Iroko, was founded by Nigerian entrepreneur Jason Njoku in 2010.

irokotv claims the title of largest global distributor of African content, most of it from Nigeria’s Nollywood film industry, which is second in the world by volume. It is also a competitor to Netflix, which entered Africa in 2016.

In 2014, Iroko established ROK Studios, headquartered in Lagos, to produce its own film and television content. 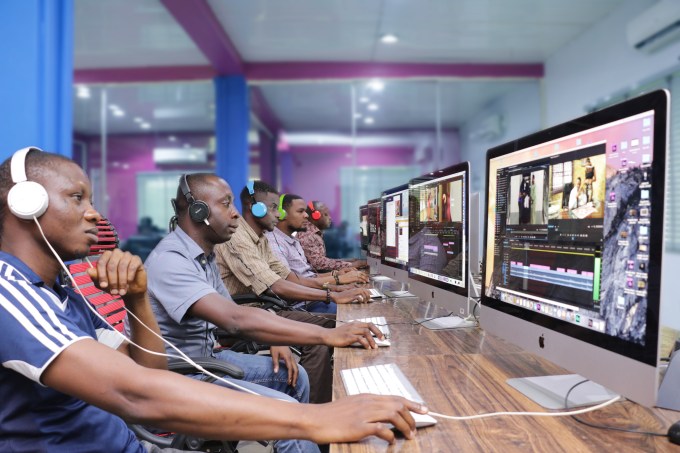 IrokoX will soon leverage these facilities, and Iroko’s New York and London offices, when it selects a round of artists from its first open call. “We’ll launch a link this month where anyone can apply. Musicians, fashion designers, journalists, anyone can submit a demo and follow the application process,” said Enuha.

IrokoX will then pair selected artists to production resources, sponsorship, and distribution channels. Iroko is already Youtube’s largest content partner in Sub-Saharan Africa, according to a company release.

So how will IrokoX generate the revenue for its 80/20 split? “We’ll draw on several streams: ad revenue, distribution platform sales with download sites such as iTunes and Spotify, content syndication with third party mobile and social media platforms, and brand marketing deals,” said Enuhu.

In recent years Africa’s music and movie-stars have become powerful promotional conduits for consumer goods companies. Big brands such as Uber, MTN, and Guinness have used sponsorship of musicians, actors, and entertainment to connect with the continent’s growing consumer classes—expected to spend $75billion online by 2025, according to McKinsey Consulting.

In 2014, the combined value of Nigeria’s music and movie sector was estimated at $5 billion—though less than 1 percent of it came from official revenue streams, according to the Nigerian government. Lax IP enforcement and pirating have made it difficult for financiers, producers, and artists in the continent’s largest entertainment market to recoup investments and make money.

Digital platforms such as Iroko’s have offered a remedy to Africa’s creative industry distribution and monetization woes. Through iroking, videos by Nigerian artists such as P-Square and Flavour regularly gain 20 million plus YouTube hits. In 2015, Iroko paid out $550,000 to content partners and generated 1.5 billion views through all of its distribution deals.

Though Africa’s current low internet penetration (around 30 percent) creates a challenging environment for online entertainment networks, prospects for digital content on the continent are looking up.

Africa has one of the world’s fastest growing youth populations, broadband access is increasing and data costs coming down, and smartphone users are expected to top 720 million by 2020, according to GSMA.

IrokoX General Manager Oluchi Enuha sees upside for the new network in the short and long-term. “We are aware of this improving environment and expect much of our viewership to come from mobile,” he said. “Even though it’s decreasing, the costs of mobile data is still high for many. That shifts a lot of people to online video, YouTube, and short form content. That’s the market we look to capture.”