Sony is revealing the details of an upgraded version of the PlayStation 4.

Sony Interactive Entertainment President Andrew House said the new version of the console — dubbed the Pro — is specifically designed to support 4K TVs and high dynamic range video. In other words, it can offer more beautiful, detailed graphics than the existing PS4.

Sony’s Mark Cerny said that in addition to a number of “hardware innovations” to support 4K graphics, the PS4 Pro will be able to deliver higher quality visuals, even on mere HDTVs. It will offer a GPU that’s twice as powerful as the existing PS4, and will come with a 1 terabyte hard drive.

Cerny also said the Pro is “not intended to blur the line between console generations,” with existing PS4 games working on the Pro — he showed off some existing titles with patches that upgrade the graphics for the Pro. (There was footage from upcoming games, including Call of Duty Infinite Warfare and Mass Effect Andromeda too.) 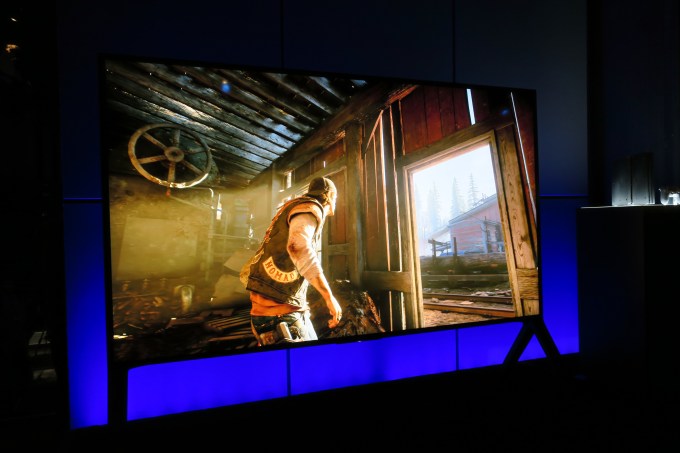 House argued that HDR technology has the potential to be as transformative for gaming and entertainment “in a manner we haven’t seen since the transition from standard definition to high definition.” For that reason, he said Sony will be adding HDR support to all PS4s via a firmware upgrade.

Beyond games, Sony says the Pro will launch with a new version of the Netflix app — after all, Netflix is expecting to have more than 600 hours of 4K content available by the end of the year. And there’s a version of the YouTube app to support 4K video that’s in development, too. 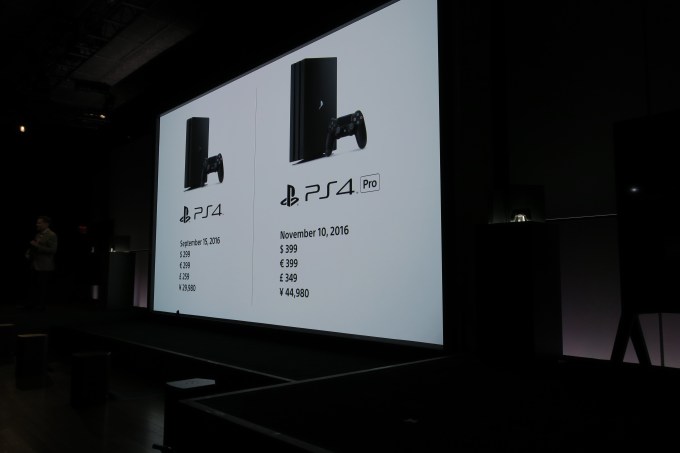 The announcement came at a Sony press event today in New York City. Codenamed the Neo, the console has been rumored since earlier this year, and was even confirmed by House back in June. House told the FT that the new version of the PS4 would have a higher price tag than the existing one  which Sony would continue to sell — and indeed, the company also announced today that a new, slimmer model of the basic PlayStation 4 will sell for $299.

The Pro will ship on November 10 and sell for $399. House said the goal is to offer two distinct console models to gamers — presumably the slimmer PS4 will be more of an entry-level model, while the Pro is for hardcore gamers — while still maintaining “a single, unified community.”

As of its most recent earnings report, Sony said it had shipped 43.5 million Playstation 4s to retailers (apparently it’s outselling the Xbox One, perhaps even two-to-one).