At their heart, most smartwatches really aren’t all that far removed from those calculator watches from the 80s. The height of geek chic. Big and bulky pronouncements to world that the wearer is unafraid to wear his or her nerd cred quite literally on their sleeve.

But wearables aren’t one-size-fits-all in any sense of the term. And along with increased competition comes a slew of companies looking to address the interested market in all of its forms, from the rugged, to the casual, to, in the case of products companies like Huawei, the professional.

Back in March, fashion brand Michael Kors announced its entry into the space, with help from longtime partner Fossil, a company that knows a thing or two both about luxury branding with companies like Burberry, Karl Lagerfeld and Marc Jacobs and wearables, having released a seemingly unending stream of smart devices under its own name.

When the company dropped one of the watches off at our offices, it was stashed safely inside a Michael Kors shopping bag, lest anyone think this was just another Android Wear device. Fitting, as the watch is anything but subtle. As such, it casually drops phrases like “The launch is geared towards the fashion-focused consumer and features a smart timepiece that focuses on glamorous style and innovative design from a leader in luxury fashion” in its press material.

Big words, but is the world of luxury wristwatches finally ready to get smart? 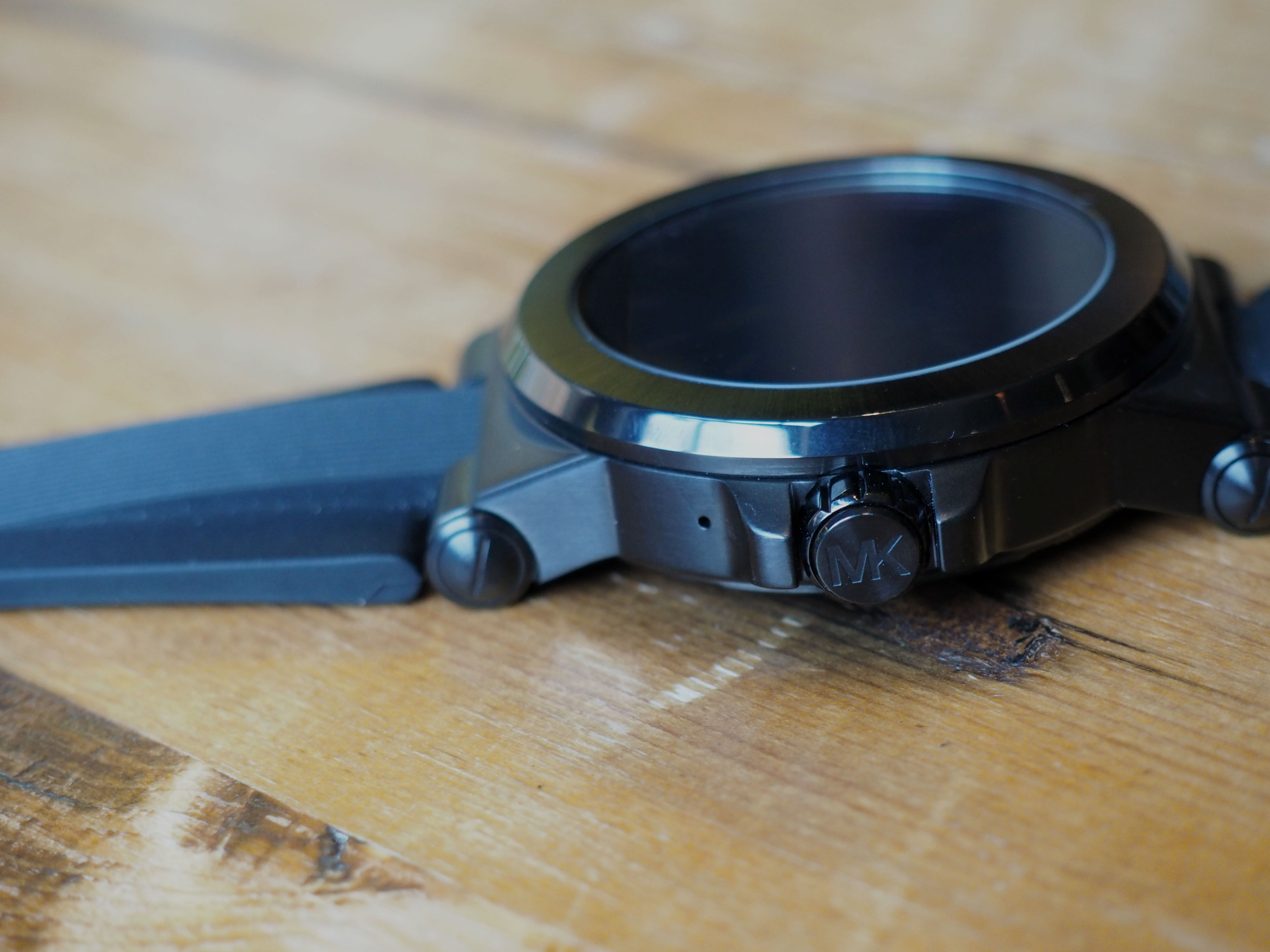 Large watches are, as they say, big. That was Samsung’s sales pitch when the company unveiled the Gear S3 last week at IFA, a 46mm case with smartwatch guts. And while may be true that the form factor is in vogue at the moment, that case size combined with the internals required for a connected device make for a truly chunky wearable.

I’m a 5’11″ tall dude with what I assume to be average size wrists (which means that I can be president some day), and these devices feel downright huge. The face is big and the weight it lends to the wrist is hard to ignore. The watch also juts out noticeably from the wrist. It is, by pretty much every measure, a big, big watch.

What the Access does offer here over the Gear S3, however, is choice. Unlike Samsung, the company has made the smart move of offering the device up in two sizes, the enormous Dylan, which I have on my person as I write this, and the less enormous Bradshaw, with a still sizable 44.5mm case that the company is targeting at a female audience.

So, kudos to the company for not preemptively excluding such a giant demographic. And kudos to me for building some upper body strength on my left side. We’re all winners here today.

The face of fashion 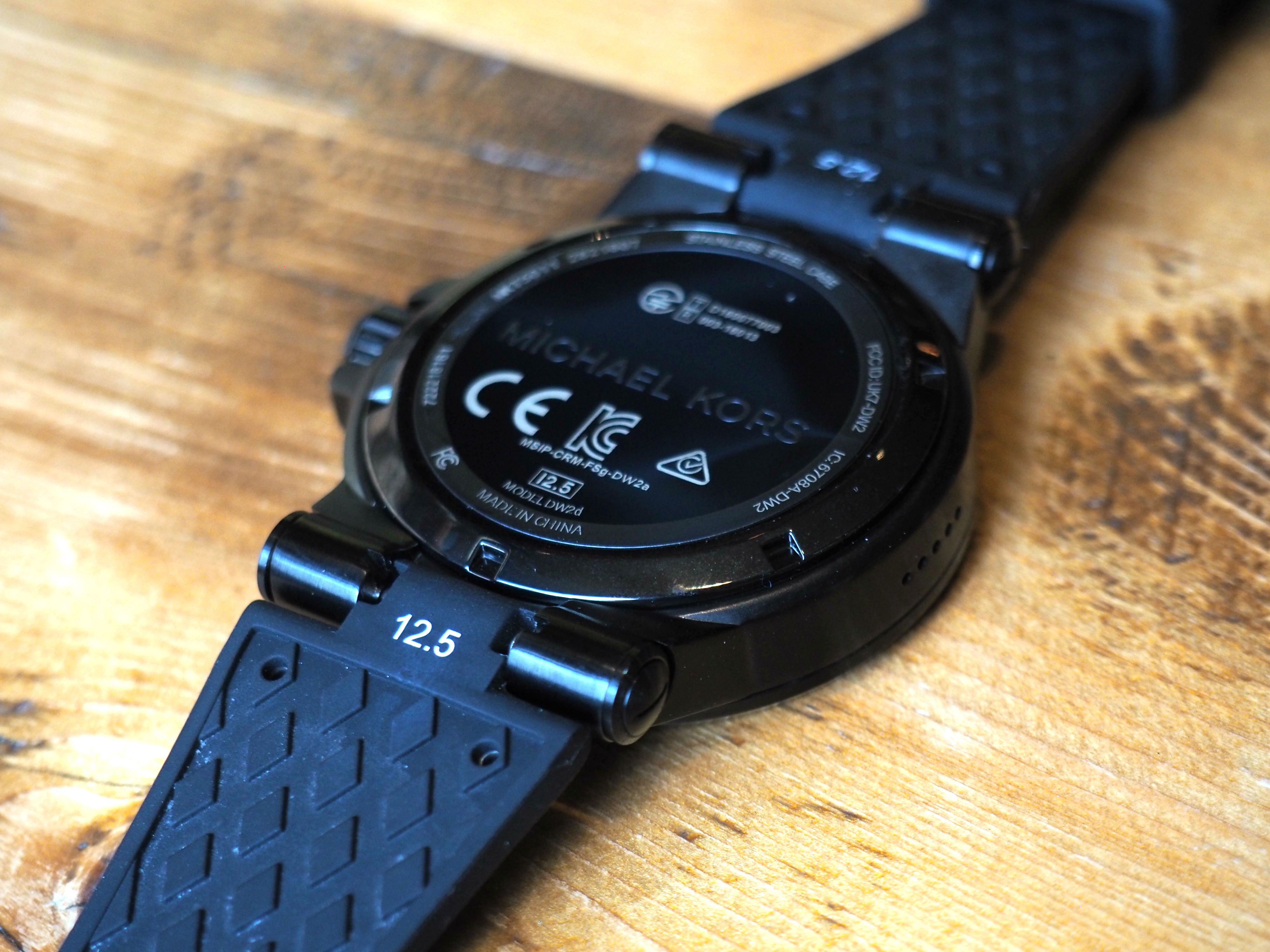 The two Access models lift their design language from their non-smart counterparts. As such, they’re good looking devices. It’s the simplest and smartest approach, really. If you’ve already got good watch design, why not just adapt it to the new device. After all, the days of wanting smartwatches that stood out were pretty short lived. These days, the hands are pointing firmly toward smartwatches that, well, actually look like watches.

The Dylan’s case is matte black stainless steel, far more understated than its shiny gold counterpart. There’s not much in the way of detailing on the case itself, just smooth, circular lines encasing the face. It’s a subtle, classic design that goes a ways toward bringing a touch of class to devices that often go too far in the direction of overt gadgetry. To the right of the display is a large dial – well, a large button that looks like a dial that serves all your basic home button functionality.

Can’t say I’m particularly fond of the black silicone band the model the company sent in for review. It’s ridged and plasticky, and generally takes away from the overall class of the joint. But, then, that’s the beauty of interchangeable bands.

Giving it the time of day 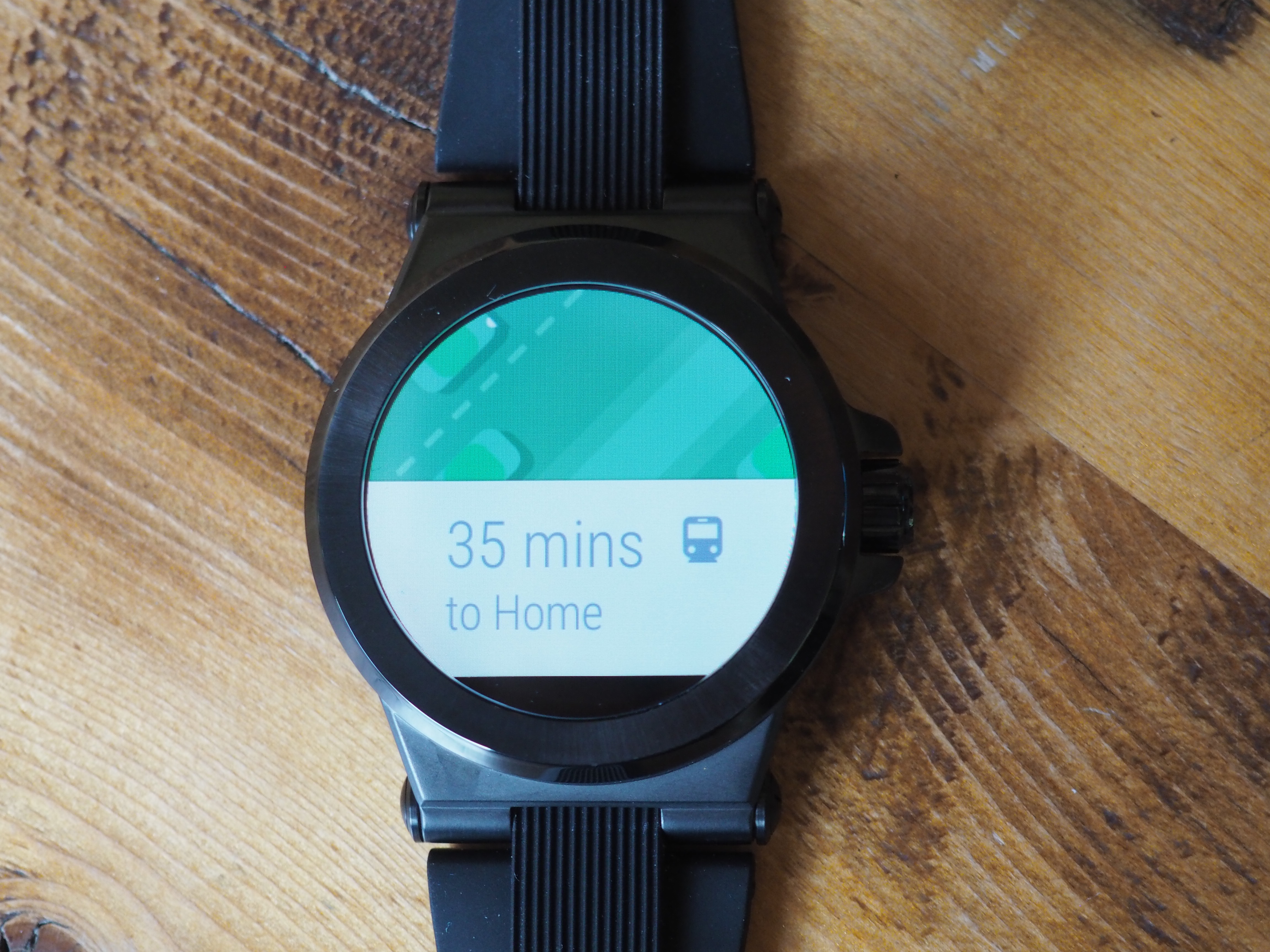 The Access sports some pretty average Android Wear specs. There’s 4GB of storage and a battery that will last the better part of the day. The 1.5-inch display is a middling 320 x 290, and it’s sliced along the bottom to make room for the light sensor that helps it adjust based on the levels of light in the room. It’ll do the job, but it’s not going to turn any heads.

Android Wear functionality is pretty much what you’d expect, and there’s some built-in fitness tracking on board, as well, synced up with Google Fit. Nothing as involved as the on-board heart rate monitoring that’s beginning to become a standardized feature across many smartwatches. And even if sleep tracking were built-in, I’m not sure it would be a particularly comfortable thing to wear to bed.

The water resistance is 1 ATM, which is pretty low level for dealing with sweat and the like. In spite of the Android Wear-based fitness tracking, the Access is designed more in the model of a luxury watch than a rough and tumble sports device. Though the device does adopt inductive charging from its smartwatch brethren, courtesy of a small, magnetic charging circle that is more pad than dock. 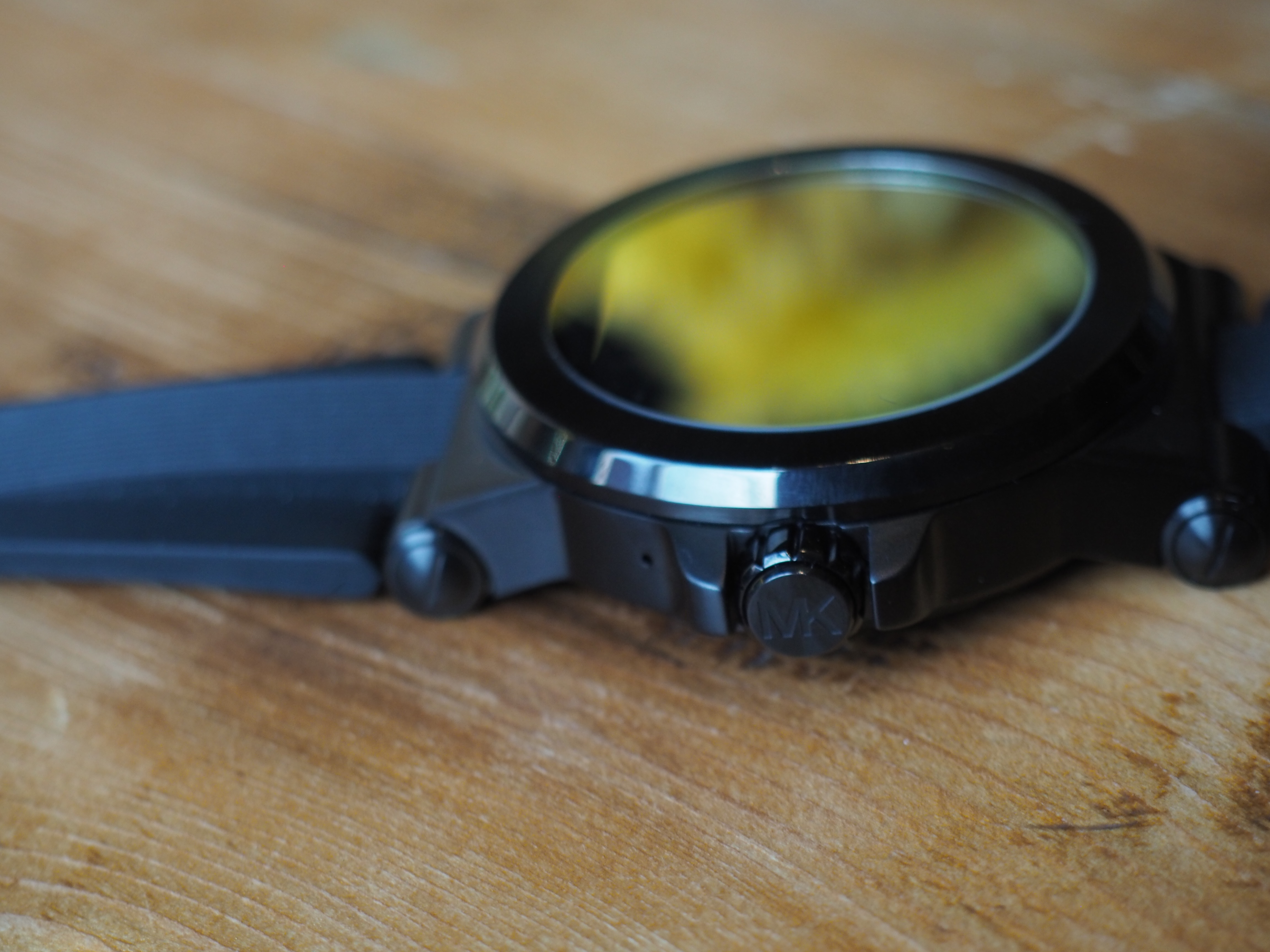 The Access is an interesting experiment in what happens when a smartwatch is reverse engineered from a luxury timepiece, rather than the other way around. With a starting price of $350, it’s not entirely out of the range of existing smartwatches, though it doesn’t bring much in the way of interesting functionality to the table.

For those looking to skirt the line between luxury looks and smartwatch functionality, I’d recommend a hybrid wearable along the lines of the kind offered up by Fossil or Martian, with analog faces and connected guts, without all of the added weight.