DJI’s next drone looks like it will probably be the foldable DJI Mavic, according to new image leaks that build on a previous trademark application DJI filed for the product name. The leaked photos diverge from DJI’s existing photographic drones by employing a folding farm design, which should allow it to become nicely portable, especially when compared to its current fixed-arm quadcopters. And the company also sent out an invite for a September 27 press event today, which seems unlikely

The new images were first posted by Heliguy and MyFirstDrone (via Slashgear), and depict a design with hinged arms mounted top and bottom that swing out to create a more traditional quadcopter design for airborne use. Specs for the new drone have also leaked out, and suggest 4K video capability as well as two-axis rotation via its embedded gimbal for smoother shots. There’s also a removable battery which should make it easier to keep shooting on the go, especially when combined with the more portable design. 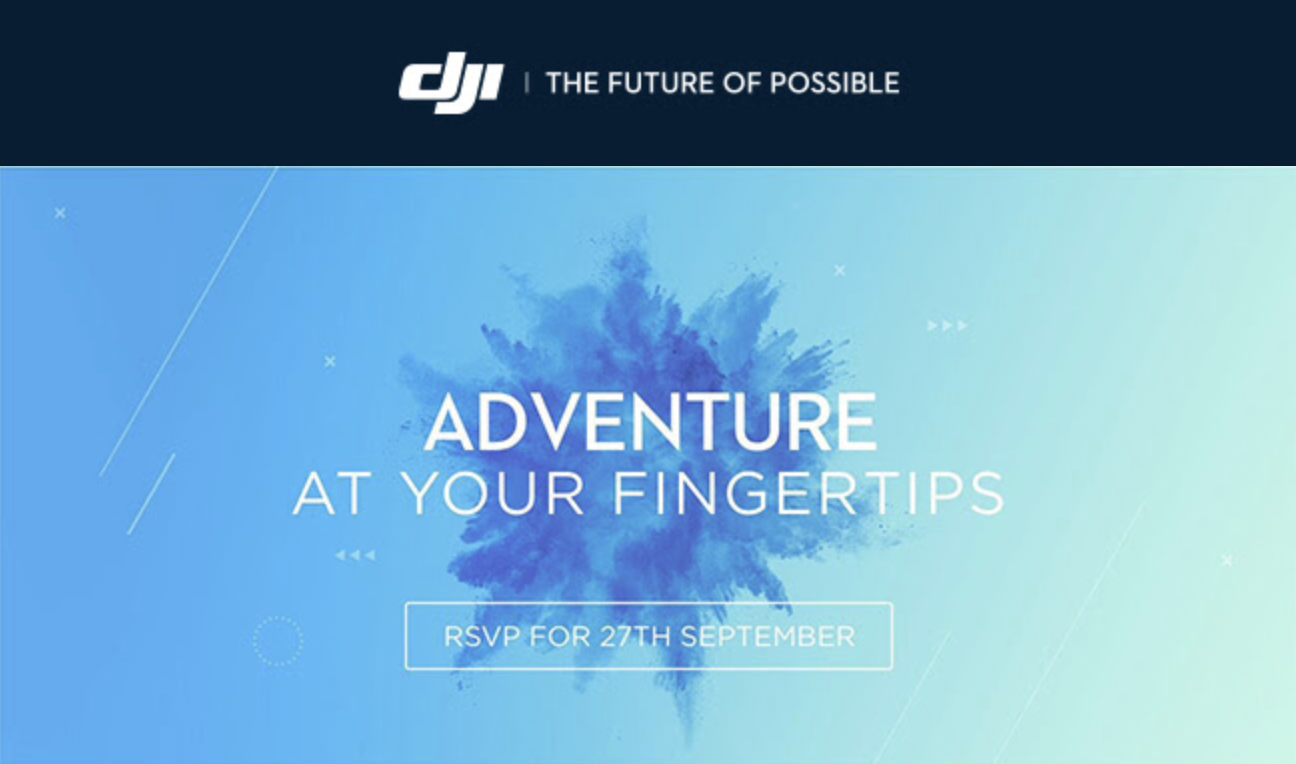 September is set to be a hot one for aerial photography in general. GoPro is set to debut its own Karma drone, a first for the company, later this month as well. This is one area where the continuing effects of smartphone manufacturing at scale is having a huge effect on the quality and affordability of hobby filmmaking, and it’s exciting to see all the competition.